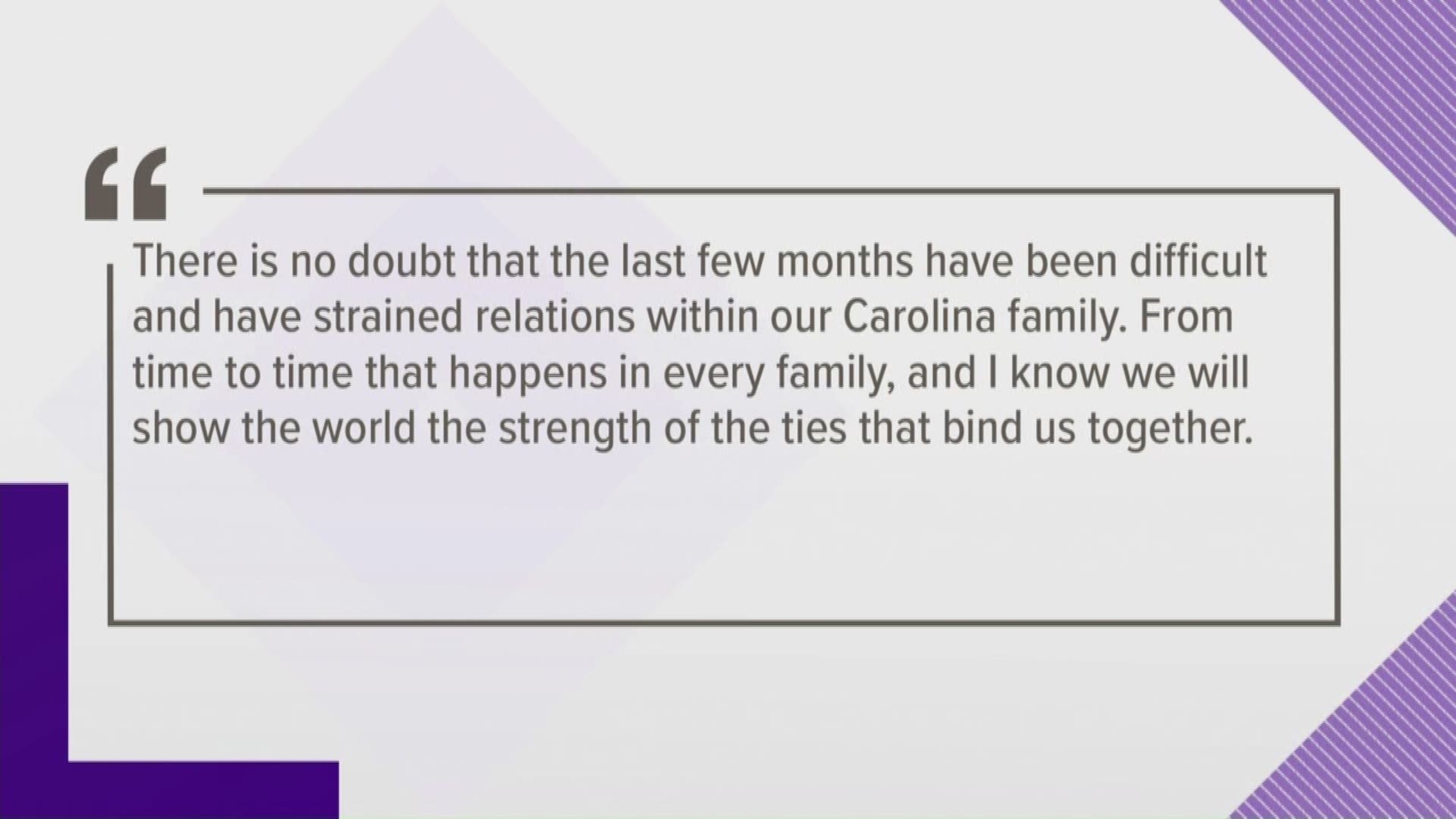 COLUMBIA, S.C. — Outgoing University of South Carolina president Harris Pastides has responded to the selection of Robert Caslen as the school's 29th president.

In a statement posted to the University's Facebook page on Sunday morning, Pastides acknowledged controversy surrounding the selection and urged a path of reconciliation.

"Today begins the next meaningful chapter in the history of our beloved University." the statement reads. "There is no doubt that the last few months have been difficult and have strained relations within our Carolina family," the statement continues. "I know we will show the world the strength of the ties that bind us together. Let's pledge to work together to begin the healing and reconciliation as we seek to move our great University forward."

In full, the statement reads:

Today begins the next meaningful chapter in the history of our beloved University. I know Bob Caslen well from national committee work at the NCAA, and I have talked with him and offered him my congratulations. Patricia and I look forward to welcoming Bob and his wife, Shelly, to the Carolina community.

There is no doubt that the last few months have been difficult and have strained relations within our Carolina family. From time to time, that happens in every family, and I know we will show the world the strength of the ties that bind us together. Let's pledge to work together to begin the healing and reconciliation as we seek to move our great University forward.

The statement comes two days after the selection of Robert Caslen to lead the the University of South Carolina as its next president following two weeks of after nearly two weeks of controversy that highlighted deep divides in the leadership of the school, including students and faculty, alumni and the state’s political leaders.

The trustees selected Caslen, a former three-star Army general, in a vote on Friday, just after 1:30 p.m. The final tally was 11 for, 8 against, and 1 trustee voting present. The trustees had met in a closed-door executive session for over two hours before coming out to hold the vote in public.

"I am honored to be chosen to lead this great institution," he said in a statement. "I fully recognize the challenges the Board addressed to get to this point, and I am grateful for their support and confidence. I will work tirelessly to listen to all of our students, faculty, staff, Board members, and all our constituents to understand their concerns and issues, and I will actively seek their advice.

RELATED: Reaction from UofSC Board of Trustees decision