Paying it forward: Stranger paid off SC student's debt so she could walk at graduation

The student was faced with the reality that she may not be able to walk the stage. That is, until the school's phone rang 15 minutes later. 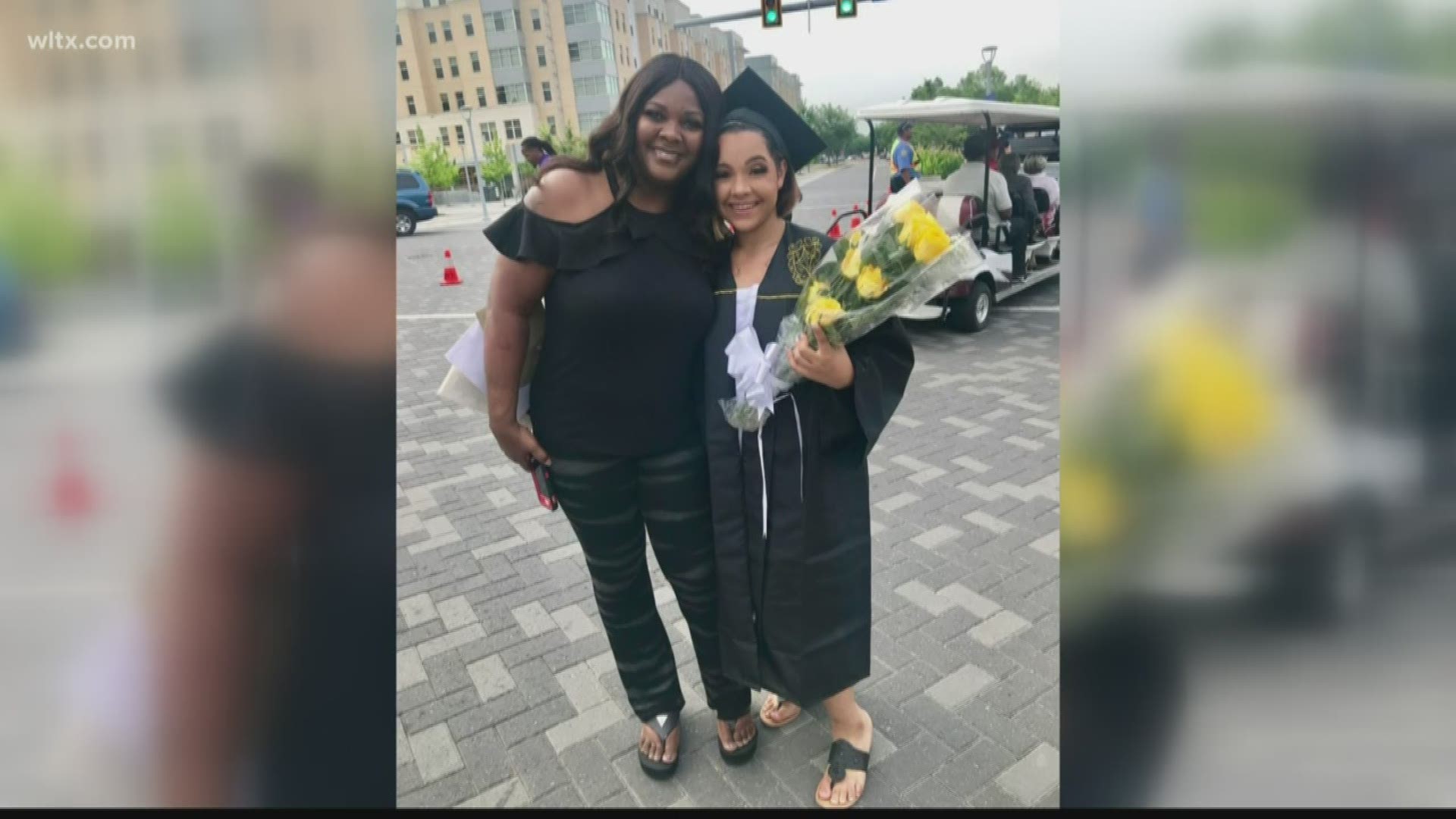 It's a prime example of paying it forward. One Lower Richland alum felt inspired to help a senior at her alma mater walk the stage at graduation — debt-free.

Some of the details in this story may seem unreal, but sometimes fate steps in.

Monday, Dr. Ericka Hursey, the principal of Lower Richland High School, was discussing a debt one of her seniors owed to Jostens. Jostens is a company that sells caps, gowns and class rings.

The student was faced with the reality that she may not be able to walk the stage. That is, until the school's phone rang 15 minutes later.

"The biggest inspiration was when I saw the story of Robert Smith, where he paid off the debts of the students at Morehouse College," said Karen Moore, a Lower Richland graduate. "I noticed in his speech he said, 'Pay it forward'."

For the past few years, Karen Moore has saved money she earned baking cakes on the side.

Monday, Moore felt compelled to use that money for something greater.

"I called [Lower Richland High School] two days ago and I wanted to find out whether there were any students who were about to graduate who may not be able to graduate because they owe the school debt," she said. "I spoke with the [school administrator], and she told me all the students' debts were taken care of, but there was one young lady who owed debt to Jostens."

Moore is a graduate of Lower Richland, class of 1985.

"When I was a student there, sometimes I fell short of things that I needed because my father was a single father," said Moore. "My mom passed away with cancer, so I said if I ever get an opportunity to give back to a student I would."

Principal Hursey says Moore's phone call came 15 minutes after she pulled one student from graduation because of an outstanding debt. She soon found out that debt of $300 would be paid in full.

"I believe in a higher power," said Hursey. "Oftentimes, students come from families that may appear to be having it all together, but we don't know those children's backgrounds until we take time to get to know them."

Dr. Hursey invited Moore to the school's graduation Wednesday morning at the Colonial Life Arena so she could introduce the young lady to her donor.

"She was very appreciative and she was just a sweetheart," said Moore. "You only get one high school graduation."

It's an act of generosity at the perfect time.

"She did more for me than I did for her," said Moore.

"We hope this will inspire others to come out and step out and do better things for the community," added Hursey. "Mrs. Moore even provided [the graduate] additional cash in a card so she would have spending money in her pocket as well, in addition to paying the debt."