The fire destroyed the over 160 year old building that was set to be turned into apartments. 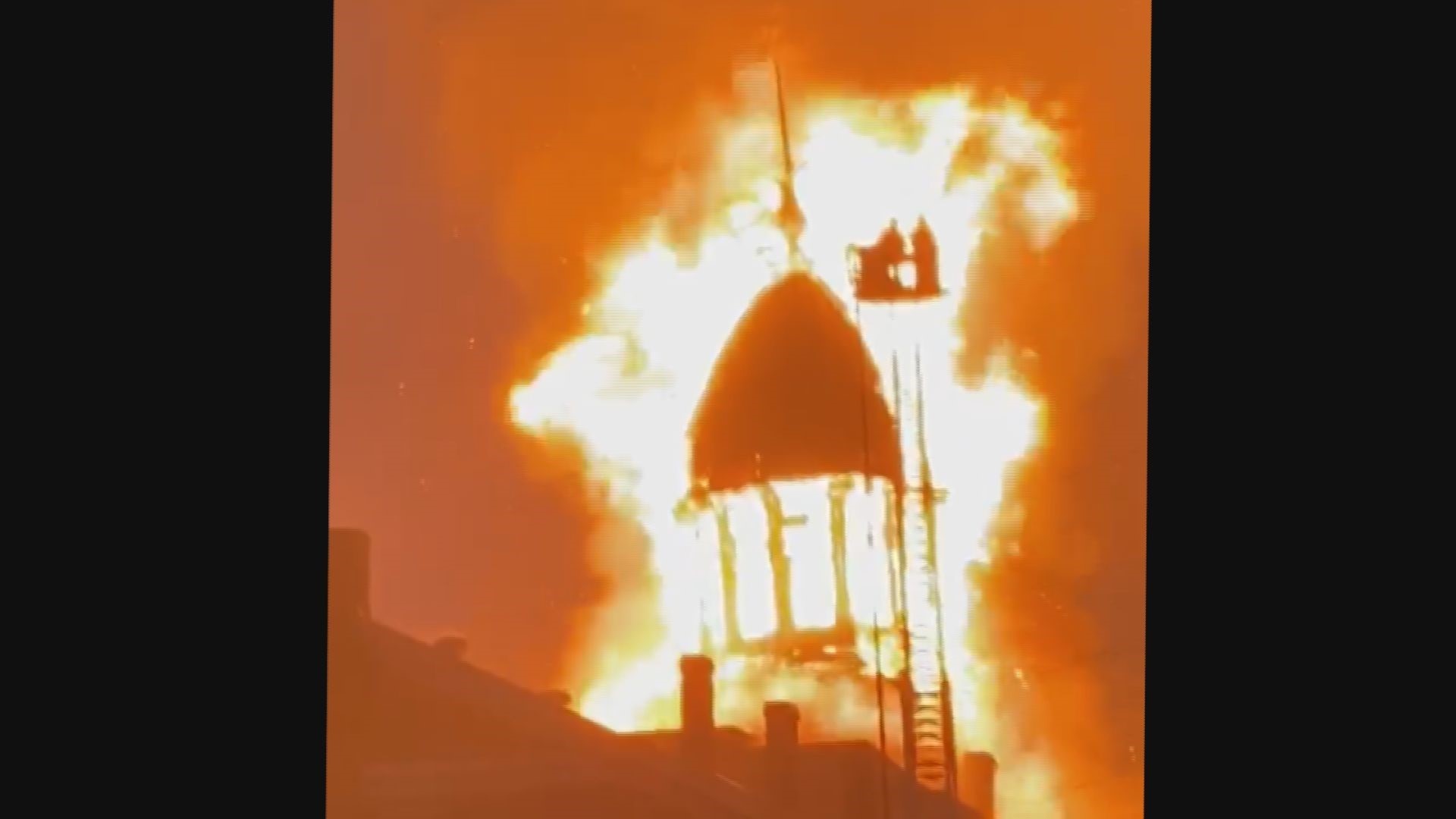 COLUMBIA, S.C. — Columbia Police are searching for multiple persons of interest in a massive fire that destroyed the iconic Babcock Building in downtown Columbia.

Almost 16 hours after the fire at the Bull Street complex off Harden Street began, Columbia Police released a set of surveillance pictures of six people and a red truck sought in connection with the incident. The images suggest the six people were in the area at the time of the fire. Police did not call them suspects, but instead said they want to identify and locate the people who they think can aid in the investigation.

Agents from South Carolina Law Enforcement Division (SLED), the Columbia Fire Marshal's office, and the federal Bureau of Alcohol, Tobacco, Firearms and Explosives (ATF) have now joined the investigation into the cause of the fire.

According to reports, around 6:30 a.m. Saturday, Sept. 12, Columbia firefighters got a call of heavy smoke coming from the building. When they arrived, they found the structure engulfed in flames. Over 50 Columbia firefighters in 14 firetrucks and support teams from the Fort Jackson Fire Department responded to the blaze that took approximately 10 hours to get under control.

Fire officials estimate damage is likely in the millions of dollars. The fire burned the historic building's roof and caused several structural collapses inside.

"It's a massive loss, for the people of not just Columbia but also South Carolina and American history," Columbia Mayor Steve Benjamin said.

This is not the first time the abandoned building has had a fire. In December of 2018, a blaze caused damage to the structure. However, crews said at the time the building was salvageable.

The Babcock Building sits on the BullStreet development, a 250-acre site in downtown Columbia that was once the site of the state mental health hospital.

It was set to be turned into a set of luxury apartments. Earlier this year, Virginia based historic renovation specialist Clachan Properties took ownership of the property.  Clachan planned to turn the 254,022 square foot building into a 208-unit apartment building featuring one, two and three bedroom units with a pool, dog park, and exercise facility.