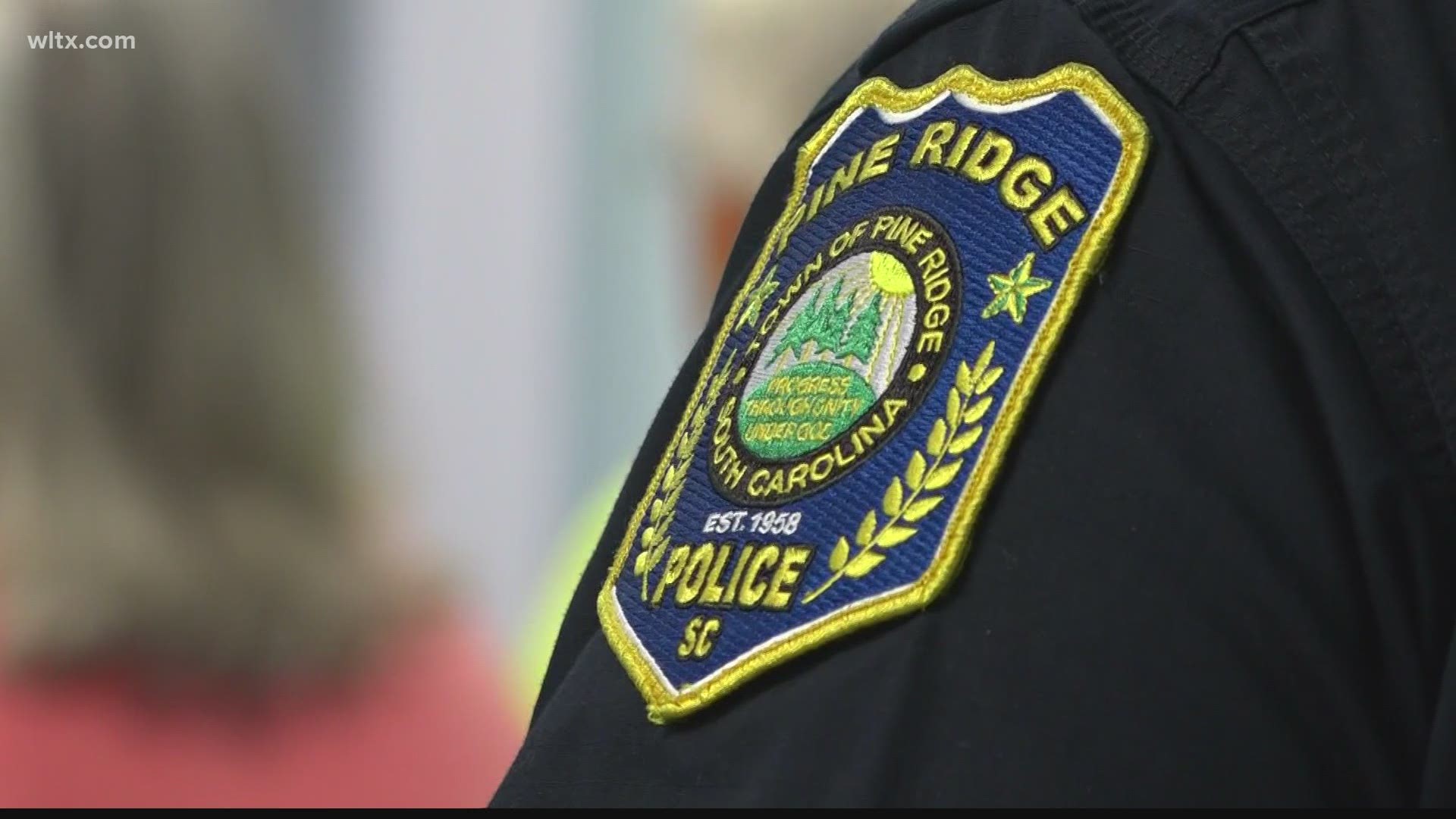 PINE RIDGE, S.C. — The Town of Pine Ridge Interim Police Chief and two other officers have resigned from the police department since Monday.

In the last few years, several police officers within the department have resigned from their positions.

After finding out some officers were resigning on Monday, Jessie Sease and her daughter Lucy came to town hall to protest.

"I just felt led and felt it on my heart to come up here and show my daughter that it's okay to stand up for what you believe in and we firmly believe in supporting our police," Sease said.

The mother says former Interim Police Chief Vincent Silano means a lot to their family and has made them feel safe in their community.

"He's one of those officers that does not look down on you and he has no issue with hugging you or shaking your hand and he's just one that goes out of his way to make you feel human," Sease explained.

Jessie says her biggest issue with the situation is politics. All three police officers who resigned have cited the involvement of Mayor Robert Wells Jr. in the police department as the reason for their resignation.

"We lost all of our police officers. We don't feel safe in our own town," Sease said.

This isn't the first time in the last three years police officers with the Pine Ridge Police Department have quit.

"It's getting out of hand," Sease said. "As soon as you get comfortable and feel safe in your own town again, it happens all over again. It's just this vicious, never-ending cycle and I'm just tired of it."

Resignation From Interim Police Chief and Letter to Community

On Monday, Vincent Silano, who was the Interim Police Chief, submitted his letter of resignation to Town Council.

Silano says in the letter, "It is a shame that it has come to this, however I can no longer work under the current conditions due to the administration of the town."

The former Interim Police Chief said in the statement he's the ninth officer and fourth chief to resign in less than three years, "due to the constant impediment of police matters and micro-managing at the hands of Mayor Robert Wells."

Silano claims it has created a hostile work environment for him and his coworkers and he had no choice but to resign.

"The people of this town deserve better leadership and I truly wish them luck in their future within this administration's reign," said Silano in his resignation.

In another letter from Silano addressing citizens in the Pine Ridge community, he states, "The backdoor politics and micro-managing is ridiculous and does not allow for the department to operate as it should."

Silano goes on to say, "He attempts to instruct other officers and I on how to perform our duties when he has no law enforcement background nor experience and gets mad when we do things the way we were trained to do and know how to do."

The former interim police chief says was not given knowledge or input when hiring officers for the department.

Silano went on to say in the letter, "It seems as if the mayor is more concerned about the police department going out and writing $1,000 tickets to residents for their grass being too long rather than us assisting them in their daily needs and safety and I cannot condone that."

In his letter of resignation, Neely said, "My reasoning for leaving is simple, I can longer work in a department where the Chief of Police or his officers aren't supported by the council."

"The Mayor/Police Commissioner is not a sworn officer of the law but has used his office to mandate and control police functions that are not in the best interest of the citizens of Pine Ridge," Neely said. "The mayor is not entirely at fault in this, even though its his actions that have caused so much turnover. The town council have done nothing to question the decision making process of the Public Safety Commission and the citizens of Pine Ridge are victimized by these decisions."

In his letter of resignation, Hale wrote, "The decisions being made outside the control of my fellow officers and leaders within the police department have affected both the undivided attention of police work the town deserves, as well as the integrity and appearance of the department."

News 19 has reached out to Town Hall to speak to the mayor and town council on the matter but were told no one was able to speak with us.

The town did release a statement on their Facebook page discussing the matter.

In the statement, the town says, "While the Town strives to operate in the most transparent fashion, the matters being inquired about pertain to and involve internal personnel matters. In light of the sensitive and confidential nature of these matters, and in remaining consistent with the policies of the Town, there will be no open comment or discussion as to any such matters."

Town officials go on to say, "However, to the extent an investigation into these recent events is deemed necessary, the Town openly welcomes and intends to fully cooperate in any such investigation by the appropriate state agency."

The town concluded the statement saying, "The Town of Pine Ridge remains dedicated to the safety and security of its residents and in that light is diligently working to determine the most appropriate direction for the future of the Town of Pine Ridge Police Department."

Members of the Pine Ridge community have told News 19 they plan on having a peaceful protest Saturday, October 17th at 2 p.m. in front of town hall.

One resident says there will be a petition demanding the mayor resign available for residents to sign.