The protestors were with the South Carolina Poor People's Campaign. 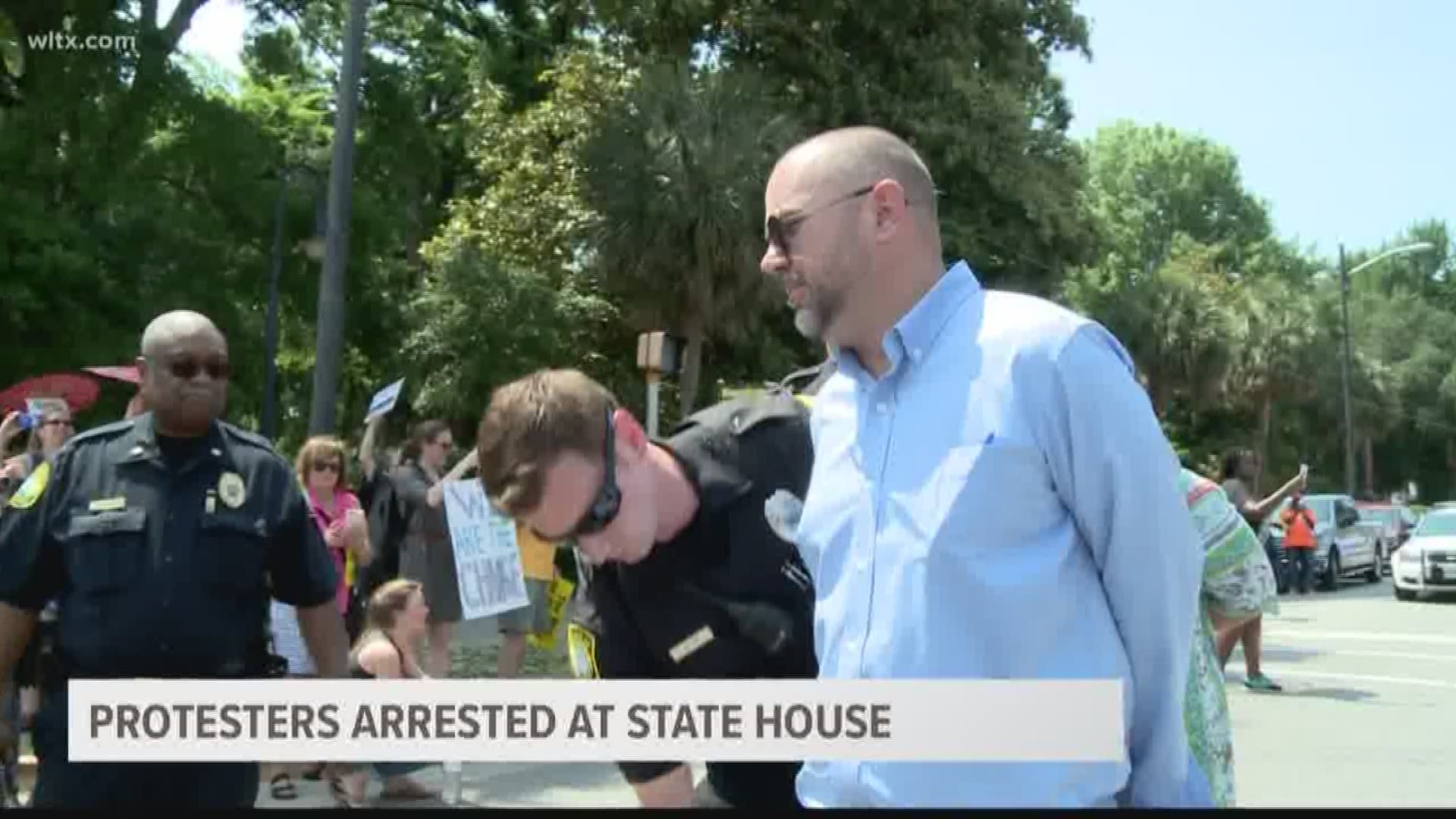 Columbia, SC (WLTX) - Several protestors have been arrested outside the South Carolina State house after Columbia police say they failed to get out of the road.

The protestors were with the South Carolina Poor People's Campaign. The group has just started a six-week long campaign that demands chances in voting rights laws and other programs they say will help lift people out of poverty.

Around 2:30 Monday afternoon, the group began protesting on the Senate and Sumter side of the State House. At some point, several of the protesters moved out into the roadway, blocking some lanes of traffic.

Columbia police say the protesters were given three orders to move out of the road, which the protestors ignored. Officers then moved in and began putting some of the group in handcuffs. The protesters went peacefully.

A total of 16 people were arrested. They were taken to police headquarters for processing.

Columbia police say they met with group organizers last week to discuss their plans. Police say organizers thanked police Monday for being professional and 'not being the enemy."

The Poor People's campaign says they have other events planned over the next few weeks that will focus on child poverty, racism, and inequality.

On June 23, the organization will go to Washington and joined up with other members of the group from across the nation for a mass mobilization at the U.S. Capitol.