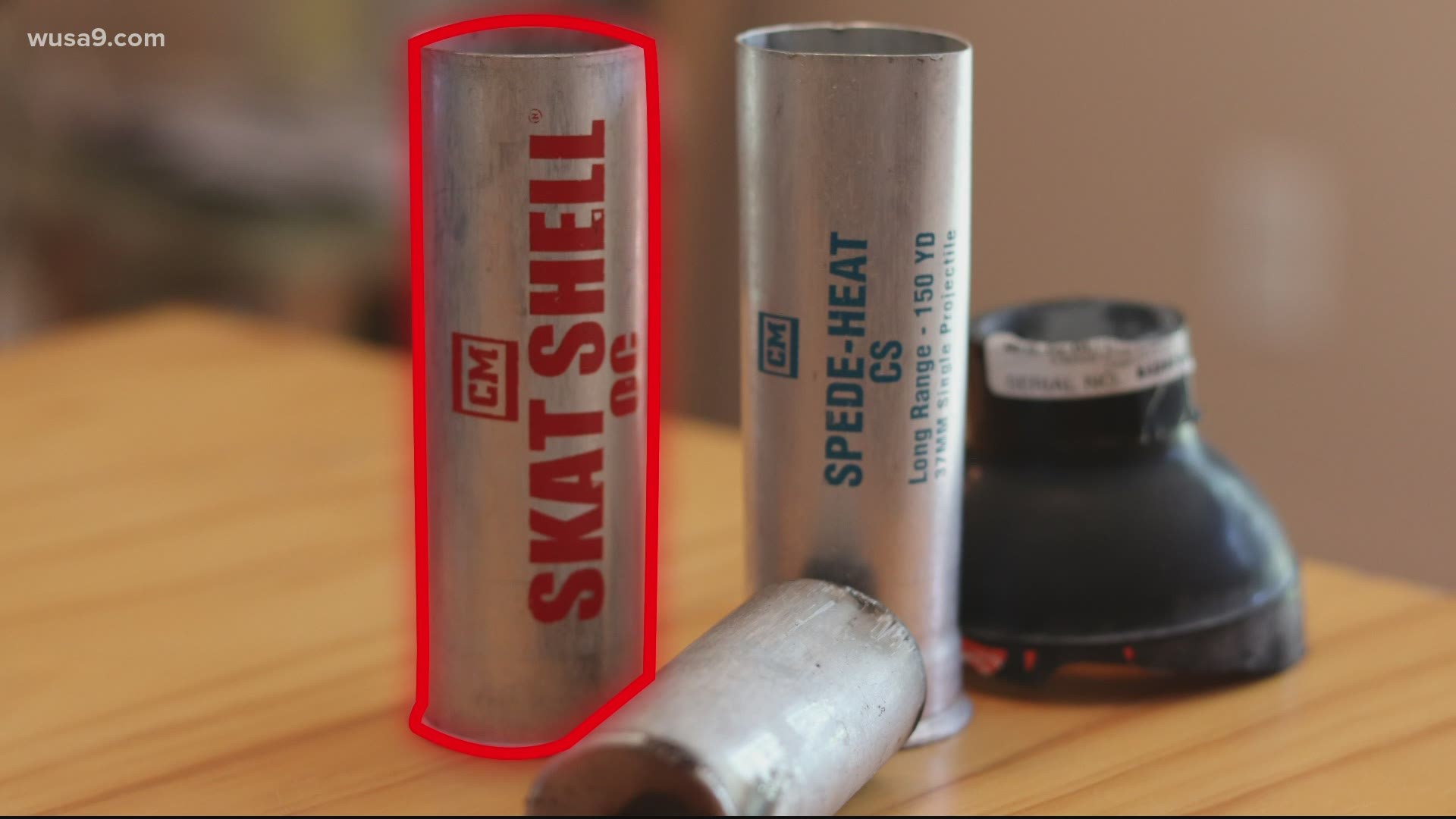 WASHINGTON — Purchase orders show that just after 6:00 p.m. on June 1, at the very same hour that federal police were using tear gas canisters and tear gas grenades to clear protesters from Lafayette Square Park, the D.C. Metropolitan Police Department was buying the same types of canisters and grenades. MPD admitted to purchasing and receiving them in verbal and written statements to WUSA9.

American University’s Investigative Reporting Workshop got the purchase orders through a D.C. public records request. WUSA9 independently matched the dollar figures and the vendor, Atlantic Tactical, through records with D.C.’s Office of Contracts and Procurement.

Those particular munitions – fired by grenade launchers – caught our eye because they can affect more people at farther range than the pepper spray, gas canisters and flash-bang grenades we witnessed MPD use in May and June.

The purchase orders show a total of $130,000 paid to Atlantic Tactical for so-called “less lethal” munitions and “training kits” on June 1 and June 5.

The images and sounds captured during federal police's clearing of Lafayette Square Park pressed the DC Council to take action.

It’s scheduled Thursday to debate renewing its July ban on MPD using “chemical irritants” on protesters. That ban would include the items MPD purchased.

"Let's say, for example, that we have a white supremacist rally that comes in and they turn violent and they start attacking people. What type of tools would we want MPD to be able to use to be able to respond to that? Those are questions that warrant a hearing," Allen said.

DC Police released a statement to WUSA9 regarding the purchase orders: “The June purchase reflects both the increased occurrence of rioting so far this year as well as general preparations for possible civil disturbance for the rest of the year. The Department is committed to working to safeguard the city during riots by having available to officers less-lethal tools to deploy to disperse rioters.”

But there were questions WUSA9 asked that MPD did not answer: Did MPD ever have these specific tear gas types in their arsenal or is this a new type of purchase for them? What does MPD plan to do with more than one hundred thousand dollars of taxpayer-funded tear gas if the DC Council’s ban on using it holds?

Allen tells WUSA9 he plans on asking those questions to MPD during Thursday's hearing.

MPD already faces a lawsuit from the ACLU and protesters over its role in pushing protesters off D.C. streets June 1. The department declined to comment on the lawsuit, other than saying it did not take part in the federal police actions that day.