How one Midlands athlete is using his platform to speak about racial, social issues 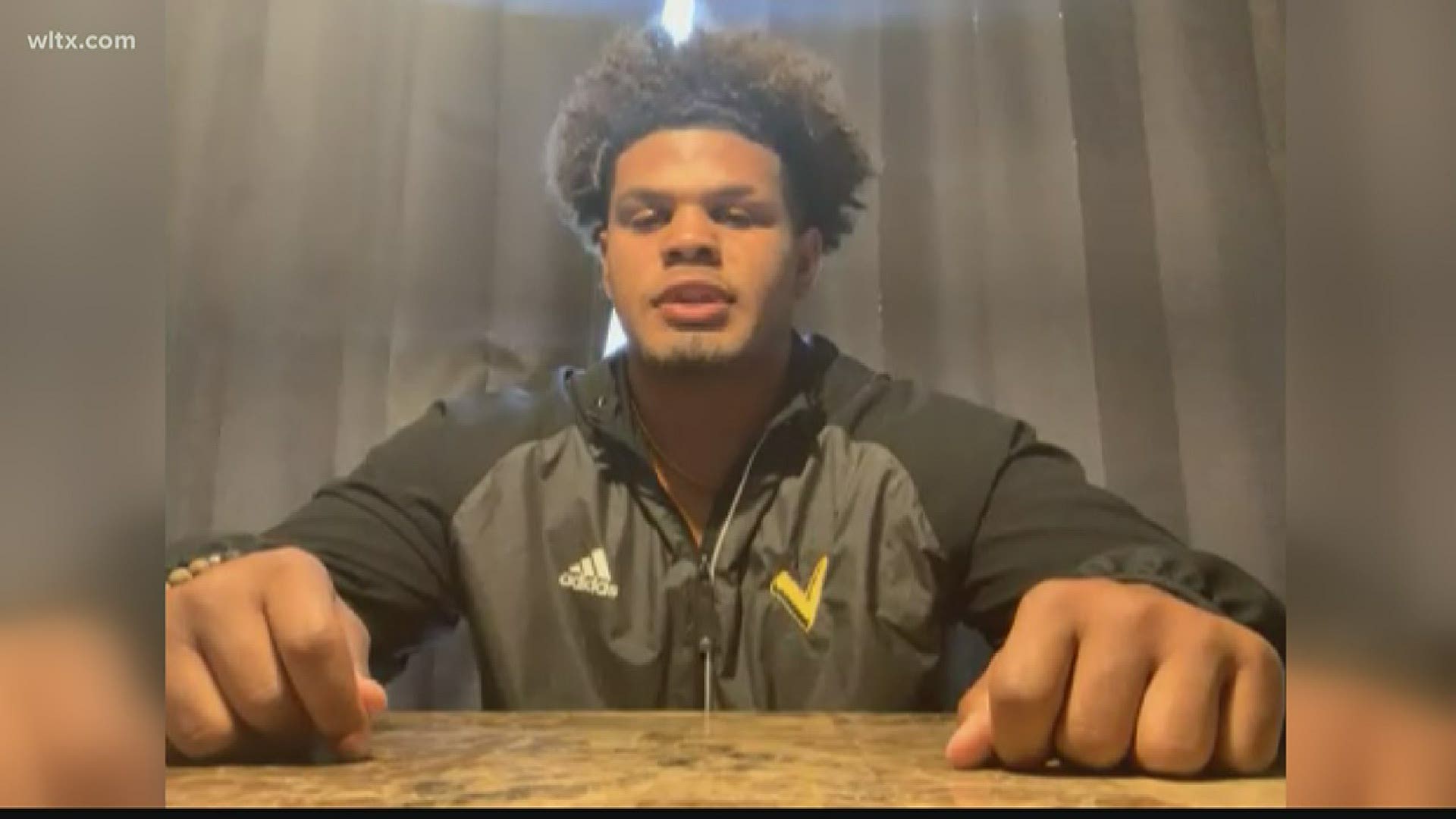 In the tweet, the recruiter commended the writers of the Declaration of Independence.

In a response tweet, Cornelius pointed out the mistreatment of Native Americans as well as the wrongful imprisonment of African Americans during slavery.

"I've always been taught to speak up when I don't agree with something, and I just notice that the majority of the people in the picture were slave owners, so I decided to speak and use my voice," Cornelius said.

In response to Cornelius, the recruiter told him to read "his history book" and even said to the young athlete "if you don't like this country get the Hell out of it."

"I didn't think I was going to get told to get the Hell out of the country, I decided to keep my head and respond with a smart answer," Cornelius said.

Over the last several days, Cornelius's response to the recruiter has garnered support from not only his football coach, but other coaches and officials throughout the Carolinas.

He says the support he has received from others in the state should be inspiring to all young athletes who feel the need to speak out on issues in our country.

"It's important for any athlete to speak out on racial and social issues because athletes have such an impact because everybody watches sports and you don't know who you have an impact on."

We reached out to the recruiter in question.  He says he stands by his tweet and adding- "No. I have no regret. I stand for my beliefs. I have disappointment. Disappointment in some of the people (coaches and/or peers) who know i'm not a racist but don't have the courage to support me publicly because of backlash they may receive."