Those people have been referred to their doctors for consultation, according to the South Carolina Department of Health and Environmental Control. 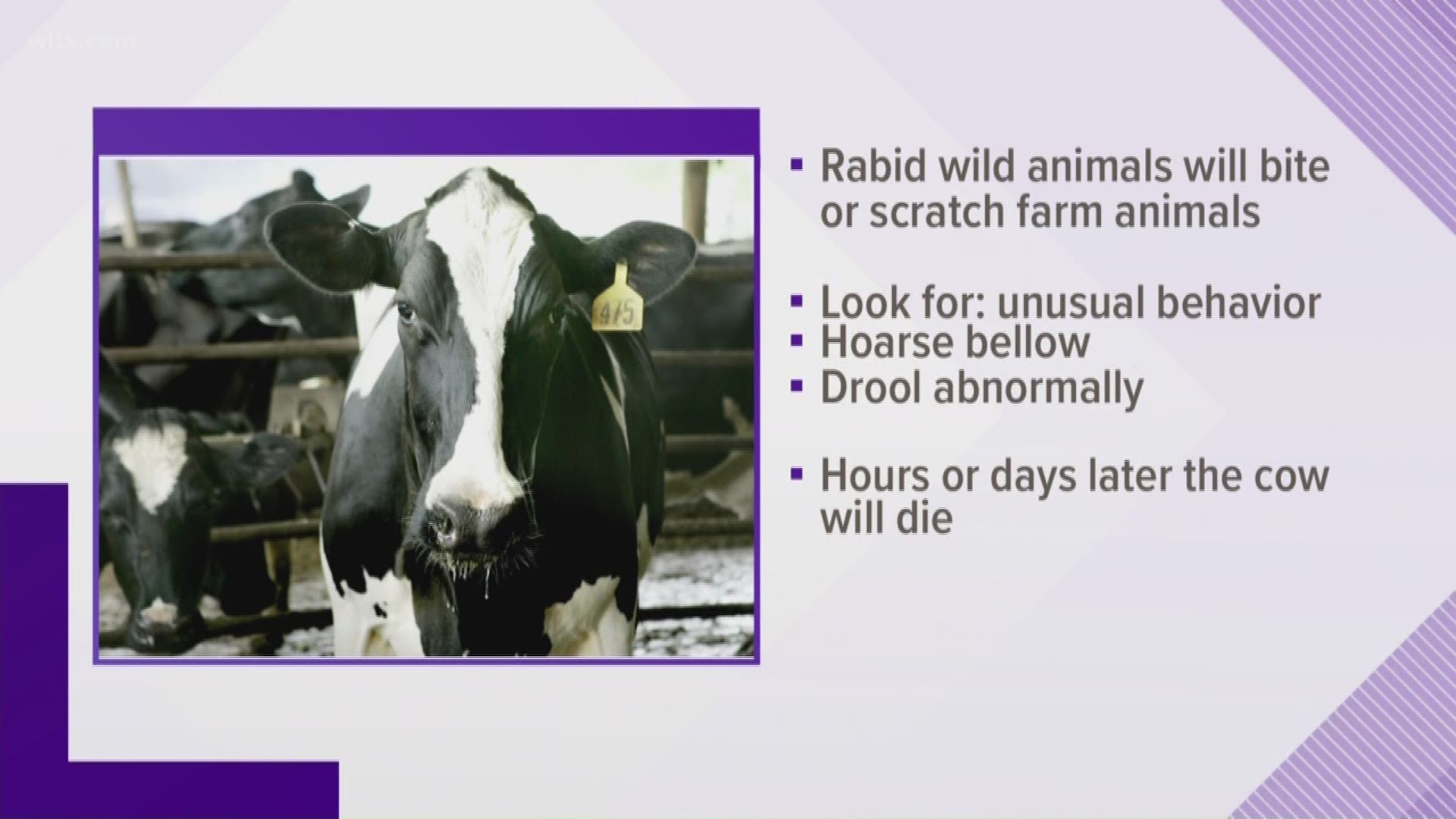 Columbia, SC (WLTX) - A cow in Oconee County has tested positive for rabies after potentially exposing three people to the disease.

Those people have been referred to their doctors for consultation, according to the South Carolina Department of Health and Environmental Control.

The exposure reportedly occurred as the victims provided general care to the cow, which was sent to the University of Georgia for testing after it appeared sick.

It tested positive for rabies on August 27.

Agricultural animals are not required to receive rabies vaccinations under state law. However the vaccine, which is approved by the U.S. Department of Agriculture, is available for cows, horses and sheep.

DHEC encourages owners to vaccinate agricultural animals if they have frequent contact with humans, are used in exhibitions, are particularly valuable or used in raw milk production for humans

"To reduce the risk of getting rabies, we recommend that people use caution when pets or livestock exhibit sudden changes in behavior," said David Vaughan, director of DHEC's Onsite Wastewater, Rabies Prevention, and Enforcement Division. "This is especially true if owners notice unexplained injuries on their animals or stray/wild animals mingling with livestock or pets."

Testing the animal's brain is the only way to determine if it contracted the disease.

"Once symptoms of rabies are present in an animal, it is impossible to tell by appearance if an animal has rabies or some other condition that causes similar signs of illness, such as distemper or lead poisoning," Vaughan said.

This year, the cow is the third animal to test positive for rabies in Oconee County, while there have been 66 confirmed cases statewide.