It started with a case of racial profiling at Beauty Max & Cellular off Two Notch and W. Beltline Blvd. in late June. 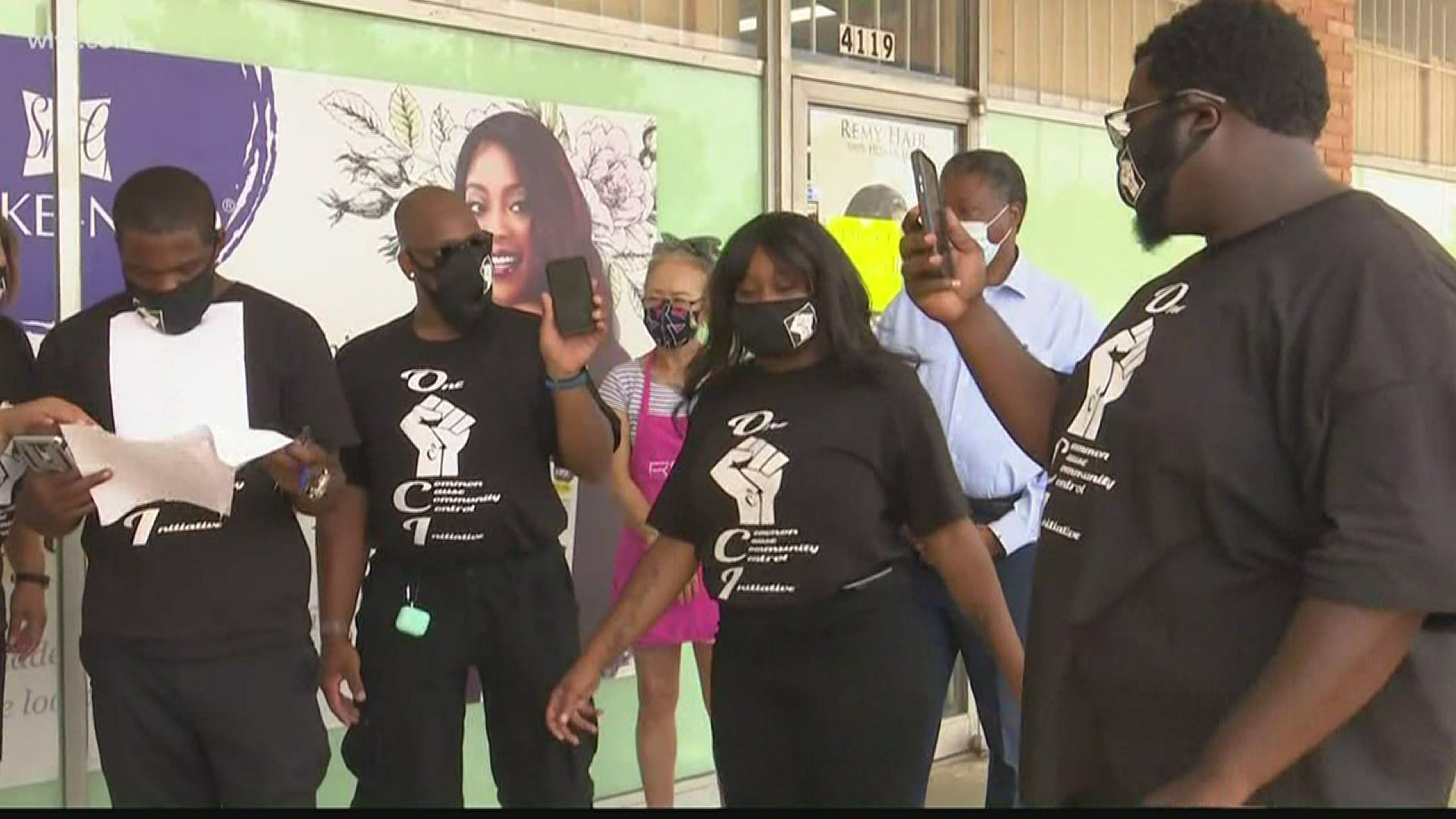 COLUMBIA, S.C. — It started with a case of racial profiling and ended with a peaceful resolution.

A new community outreach program is hoping to start a trend, beginning in the Booker Washington Heights and Belvedere communities.

The incident happened at the end of June at Beauty Max & Cellular near Two Notch and W. Beltline Boulevard.

"There was a situation in which a young man was accused of stealing and was actually assaulted here," said Bowers.

Bowers said the young man was also forced to empty his pockets and backpack. No stolen items were found.

During the boycott, members of One Common Cause Community Control Initiative were able to negotiate an agreement with the store owners, who are Asian.

The group's goal is to promote social justice and equality within the African American community.

"We felt it was important to educate Asian store owners about the national history of institutional racism they share with their black customers. Only then can the metaphorical glass that separates the two groups dismantle," said John Tyler, Chief Operations Officer of One Common Cause Community Control Initiative.

In the agreement between organizers and Beauty Max & Cellular, the business owners will invest in local community programs.

"One of our suggestions was that they hire an African American to work in the store," said Bowers. "They did that within 48 hours."

The new community outreach program, as a whole, is aimed at helping minority neighborhoods. The neighborhoods included in this initiative are Belvedere and Booker Washington Heights.

Organizers say activities are designed to help these communities with beautification, employment opportunities, back to school bashes to provide school supplies and the creation of an afterschool program for student development and homework assistance.

The employee ticketed for the assault at Beauty Max & Cellular was fired.

"The owners understood that this is a poverty-stricken community," Bowers added. "It's a very poor community, but yet these poor people still come up here and they patronize the business. Therefore, we communicated with the business owners that it will be in their best interest to contribute to programs in the community that would prevent the occurrence of crime."

The store owners of Beauty Max & Cellular were present at today's press conference, but did not do any interviews.

"It is a win-win for the business here as well as for the surrounding community," said Dr. Sonya Lewis, Public Information Liaison for One Common Cause Community Control Initiative.

Another similar incident recently occurred at a liquor store off Harden Street, organizers said. Unfortunately, they said a peaceful resolution could not be made with the store owner there.

Tyler adds that he's hopeful this peaceful boycott proves that resolutions can be made successfully - especially in light of recent clashes at protests in downtown Columbia.