The critical services provided by San Antonio's Rape Crisis Center are in crisis as the organization tries to overcome a nearly $1 million loss in funding. 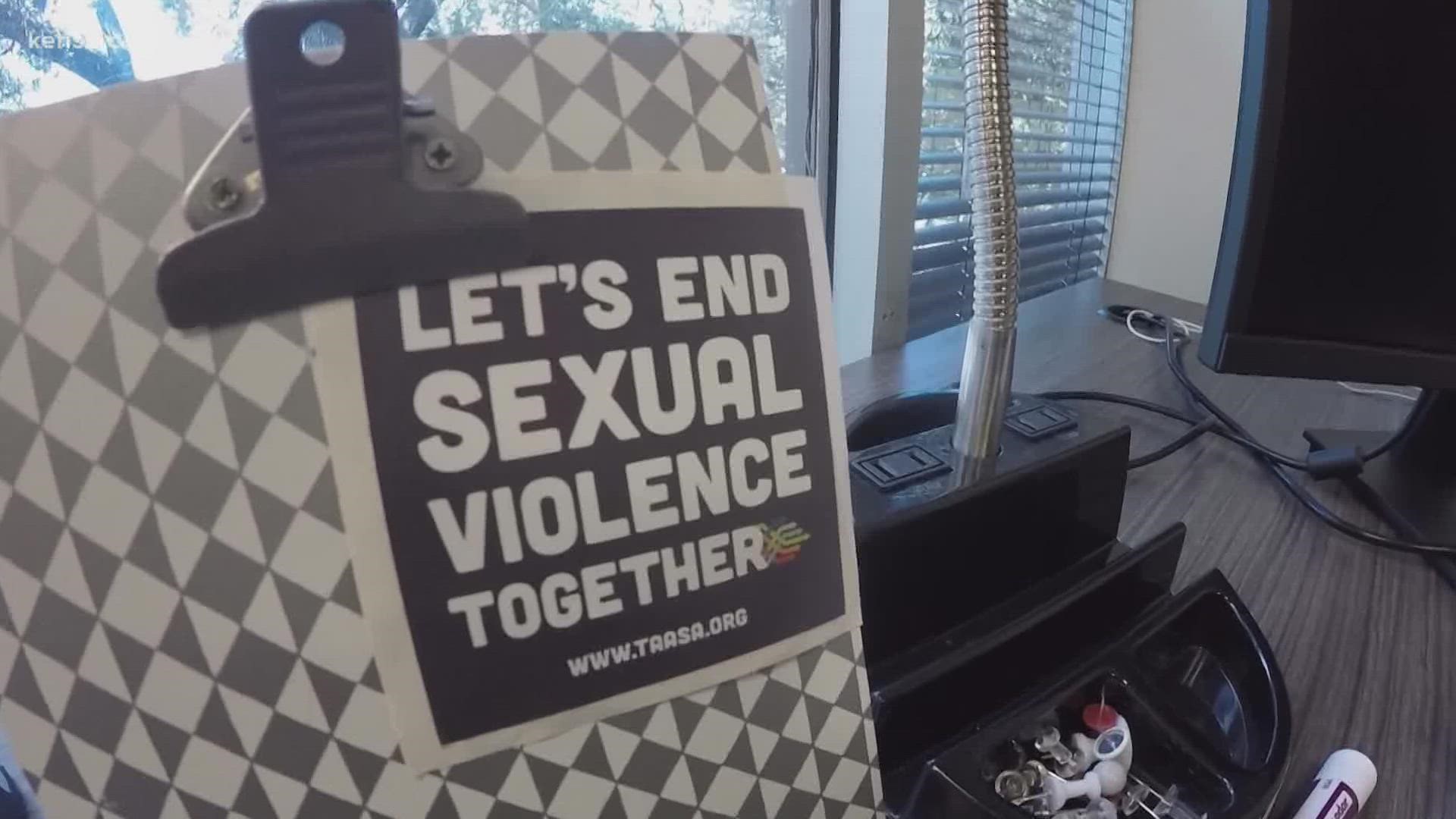 SAN ANTONIO — The pandemic has not been kind to the Rape Crisis Center. Trying to provide services for sexual assault victims has surpassed the point of being exigent.

"It's going to be a very, very tough year," Audra Atzger said.

Atzger came on as CEO of the organization in March 2020, the genesis of the coronavirus takeover. Eighteen months later, her job is challenging at every turn.

Covering victims and their families at no cost is growing more demanding by the day. The Rape Crisis Center lost two Victims of Crimes Act grants totaling $998,764.

The money that feeds the pot for the funding comes from court penalties. But during the initial waves of the COVID-19 outbreak, the courts were not in session to gather any fees.

"We've had to reduce staff, reduce staff hours," Atzger said. "We've lost the ability to pay for benefits for our staff."

So far, they have separated from four staff members, including employees of their 24-hour hotline. Those calls are often the center's first contact with victims who need help.

"If we reduce our staff at the hotline and our hours, then they're (staff) backed up on calls," she said.

According to Atzger, the center handled 400 calls in July. But the phones calls are not all sexual assault. They deal with suicide too.

Director of Programs Somayeh Kole said summertime is when calls go up. She said the season for those numbers to rise is right around the corner.

"Now, with the holidays coming up with short staff," Kole said. "I'm not going to have as many staff going out there and helping the clients."

Cutbacks mean advocate response gets restricted to what the organization can afford. A newly hired team member in Del Rio got released. Victims have to teleconference with the remaining advocates.

"Advocates won't be able to make it to the hospitals if there's multiple cases," Atzger said.

She said there is a waiting list for counseling, advocacy and case management.

Referring victims to other advocates is not the option it used to be.

"Whereas before I could contact the partner and say, 'Hey, I can't take this client, can you take them?'" Kole said. "I don't have that option anymore because they don't have funding either."

Staff flight is a likelihood at the nearly 50-year-old organization. Also on the verge of being gone is their office space at 4606 Centerview Dr.

"We may even lose our space. We're still trying to figure that out because we don't know if we'll be able to continue operating in this magnitude of space with the funding cuts," Atzger said.

The CEO said funding from San Antonio and United Way holds them together as they search for other financings.

"It doesn't bridge the gap of a million-dollar loss," she said.

$240,000 may be coming from a child exploitation grant. But they are still awaiting the award letter.

Meantime, the focus on finance cannot shift their view from the victims.

"If we go away, there's no one else to serve the population that we serve," Kole said. "We're the only rape crisis center in the area."

Government grants are such a traditional funding source; the Rape Crisis Center assumed the money would always be there.

"That's the goal of RCC, is to really have sustainable funding to where you're not relying on government grants," she said.