The Kogan brothers are grateful the device allowed them to return to normal life again and make up for lost time together. 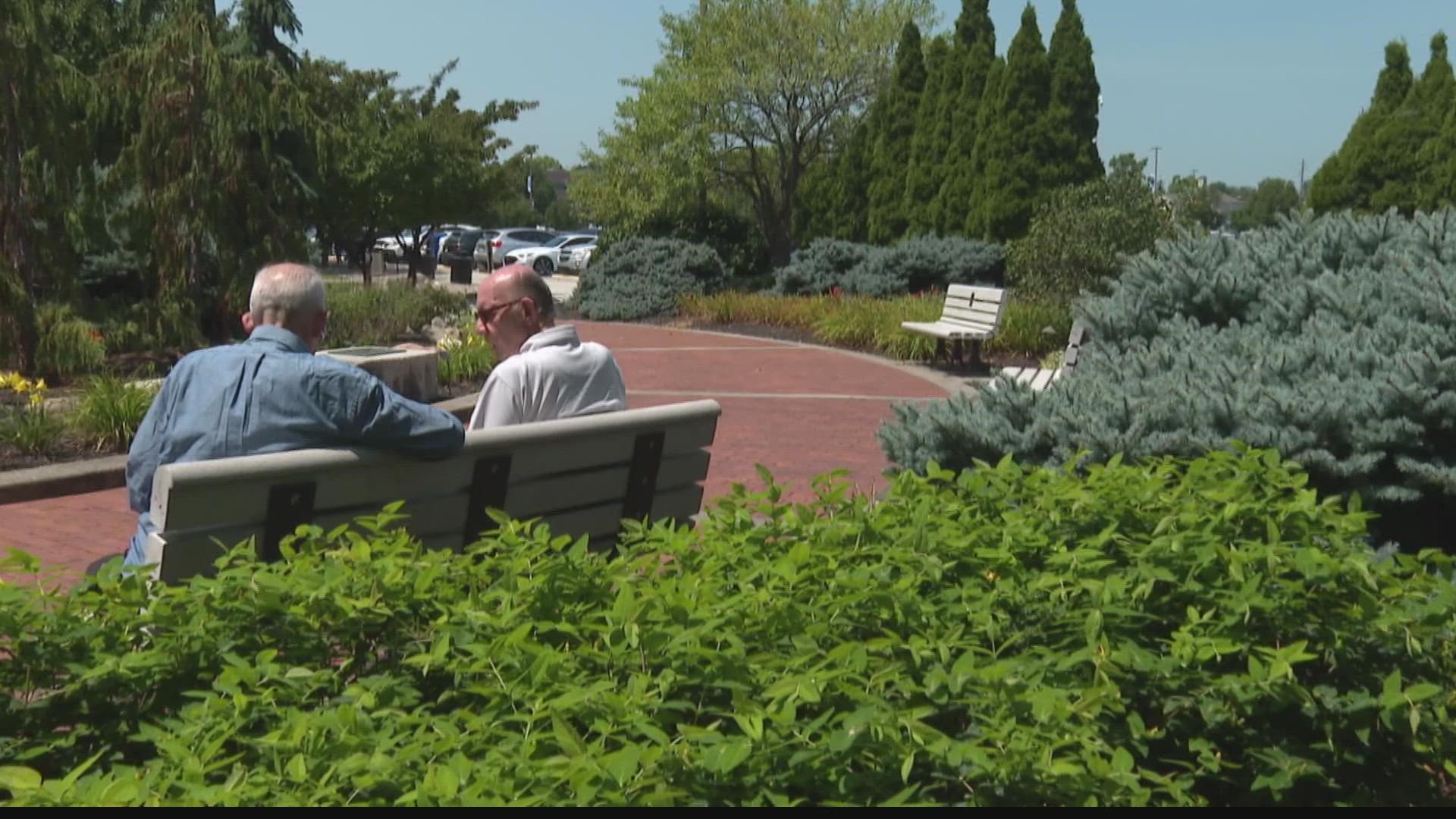 INDIANAPOLIS — Sometimes treatments, medications and even a transplant won’t do the trick for patients with heart failure. They are left with only one option: getting a rare heart device implanted in their chest.

A few months ago, two Ascension St. Vincent patients received Left Ventricular Assist Devices (LVAD) devices within a few days of each other to help with their chronic heart failure. Turns out, the two are brothers.

Drew and Phil Kogan admit they weren’t always super close growing up because they had different interests.

“We are not as thick as thieves, but we are there for one another if we need it,” Drew said.

The two live in Zionsville. Drew has an antique business, and Phil works at an auto repair shop.

At the time, Drew’s heart was working at five percent. He said he often ignored his symptoms and was hesitant to receive the device, but realized he would miss his friend’s son’s wedding if he passed away. He also wanted to continue going out to eat and seeing his friends.

“I couldn’t walk over to that bench over there without stopping. I mean, it was that bad,” Drew said.

His older brother, Phil, was battling heart failure since 2007. He had three different stent placements. The device was his best shot at returning to a normal life. He was also hesitant but wanted to get back to riding his motorcycle and being with his wife.

“I was having trouble breathing and sleeping a lot,” Phil said.

The LVAD is for patients with very serious heart failure. Dr. Amit Patel, a cardiologist with Ascension St. Vincent, said Drew and Phil’s hearts were so weak, they weren’t pumping enough blood to the body.

“When that happens, people get short of breath. They can’t do their daily activities. They have trouble working at home and living at home independently,” Dr. Patel said.

The LVAD pumps blood continuously from the left ventricle to the aorta. It’s powered by rechargeable batteries that a patient wears in a pack on their belt.

Dr. Patel treated both Drew and Phil and said at first, he didn’t know they were brothers.

“Turned out, they had the same diagnose and by chance, I figured out they were both related after taking a family history,” Dr. Patel said.

A few months later, Drew and Phil both received the rare devices around the same time and at the same hospital. Their recovery rooms were just a few doors away from each other.

Drew’s surgery was more of an emergency than Phil’s, which was planned.

“We were all kind of dumbfounded a little bit to hear that two brothers, same diagnosis, same needs, getting the same treatment,” Dr. Patel said.

The brothers laugh that the nurses would even get them confused sometimes while in the hospital.

“We had big tags on that said 'check first name, check birth date, make sure the right medicine goes to the right person,'” Drew and Phil said.

The Kogan brothers are grateful the device allowed them to return to normal life again and make up for lost time together.

“We got new lives. I mean we literally have new lives, and it feels so good to feel good,” Drew said.

The brothers said they are thankful for friends and family that have helped them along the way, including their whole care team.

“You forget how wonderful people can be. From ambulance drivers, from nurses, doctors, administration, friends, brothers. As bad as the world seems sometimes, we are pretty lucky to live in an area that cares,” Drew said.

Heart failure is a common diagnosis across the country. Dr. Patel reminds people to not ignore symptoms and to see a doctor right away.