The ReCover Initiative helps to rebuild roofs of homes in South Carolina that were damaged in the October 2015 floods. 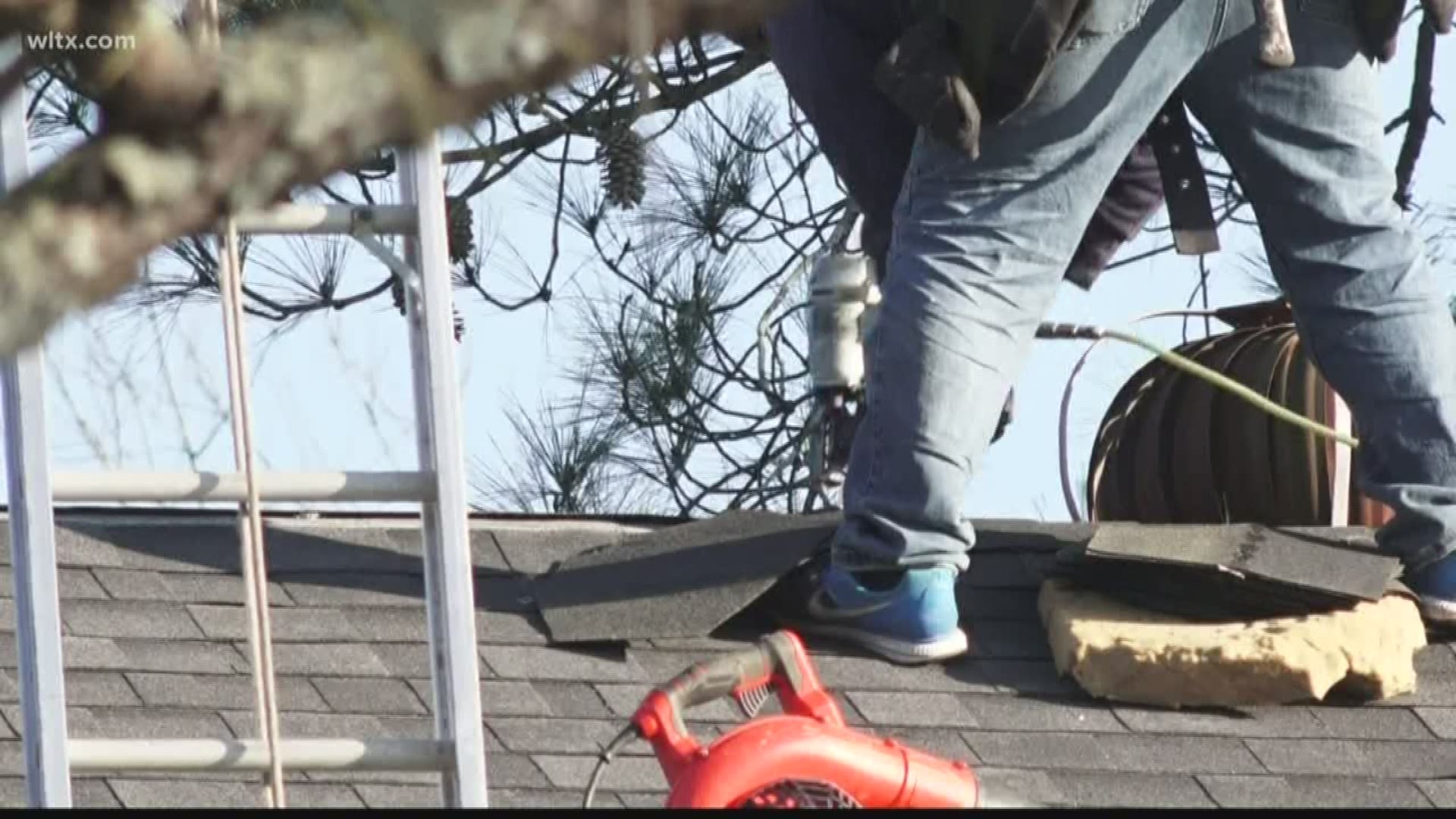 COLUMBIA, S.C. — Although the historic October 2015 floods have come and gone, the damage remains for many homeowners, who still need help with repairs.

The ReCover Initiative is working to change that, by helping repair roofs of homes that still have damage.

"I just thought to recover the roofs, or to redo the roofs was great because it would protect the inside," says Damon McDuffie, co-founder of The Recovery Initiative. "I pitched the idea to Kimani and he came up with the '#ReCovery' and I thought it was perfect and we went from there."

The organization is a collective of other non-profits, all with a construction component. They include Good Samaritan Community Development Corporation, YNotU2, Home Works and The Honorable Reverend Clementa C. Pinckney Foundation.

So far, six roofs have been repaired.

"A lot of people don't realize that the roof is the protection from the weather," says Kimani Davis, co-founder.

Davis says they were surprised to see the amount of homes still in need of repair.

"We're learning more and more about how the process works with a lot of the home insurance companies," says Davis. "Mrs. Black for example, when she called about the repairs to her roof, her insurance dropped her when they saw the roof and told her that she could not receive coverage until she got her roof repaired."

Yvonne Black's roof was being repaired on Monday. Her roof had to be completed before she could work on internal damaged caused by flood waters in 2015.

"The roof had went bad and it started to leak and ReCover SC came out and they fixed my roof for me today and I am very thankful for them doing this for me," says Black.

ReCover Initiative aims to repair roofs on 100 homes throughout the state.

More than $75,000 in grants have helped with the initial work, but McDuffie says they are looking for more support to reach their home goal.

For more information on how you can support, click on the link here.