In the past six years, records indicate 170 collisions have occurred and two people have been killed in that area. 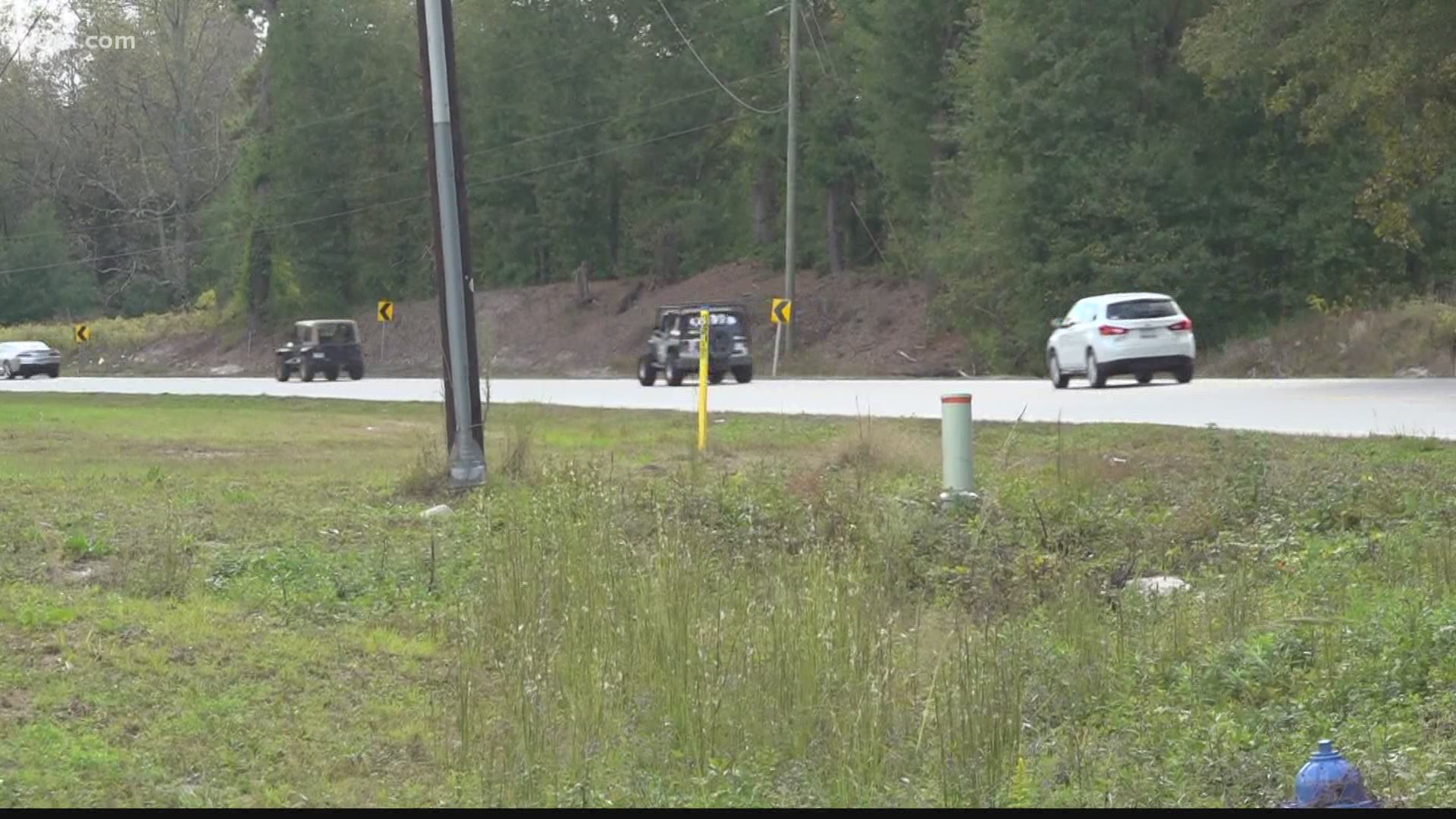 RED BANK, S.C. — Some residents of Lexington County are calling for safety changes along one portion of Highway 6.

One of the biggest concerns is road safety. Many people have been worried about growth within the county and how it has affected traffic conditions.

A family who didn't want to be identified is concerned about safety in the 2300 block of South Lake Drive in the Red Bank area.

"It's crazy. Something has to be done. It needs to be done now," a resident said. "I don't want anybody else to have bury their own family member. Too many people have died on this road. If they're not going to fix the curve, put up guardrails, reduce the speed limit, whatever. We've got to do something."

People say the portion of the road has a dangerous curve where they've seen multiple car crashes and fatalities.

In the past six years, records indicate 170 collisions have occurred and two people have been killed on Hwy 6 between New Orangeburg Road and Pleasant View Drive.

The family wanted us to check in with the South Carolina Department of Transportation (SCDOT) to see if changes will be made.

SCDOT officials say most of the collisions have been due to drivers being incapacitated or having health issues.

The department says they're looking into modifying the speed limit in that area.

They also say some of the signs along the road have been knocked down so they are putting up new signs or enhancing old ones.

A maintenance crew will also be sent out to take a look at possibly adding guardrails.

Street Squad will continue to update you once changes are made.

RELATED: Portion of US 1 near Batesburg-Leesville to be widened to four lanes