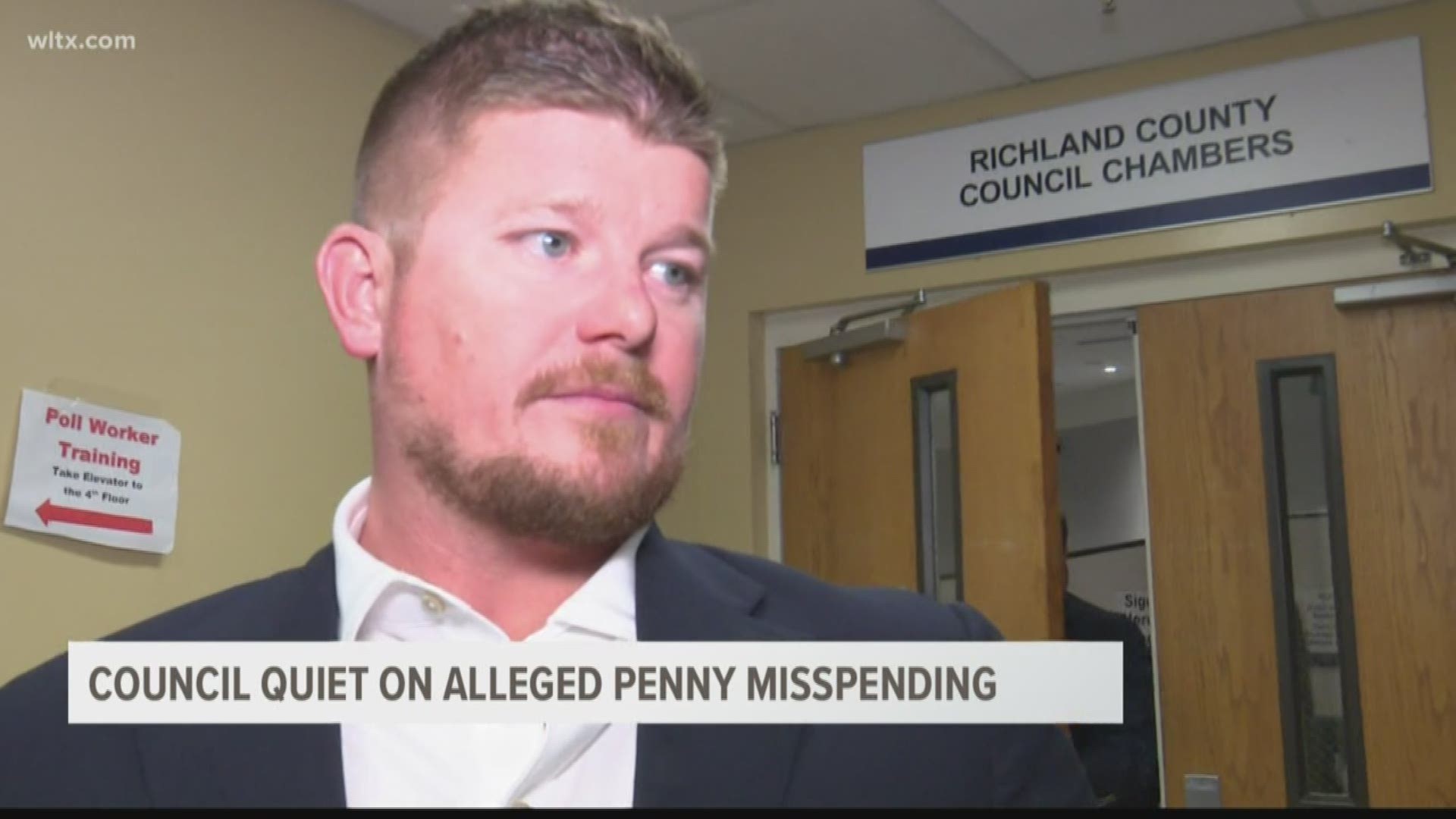 Neither Richland County nor the SCDOR have made the preliminary report public or discussed its content. The SCDOR told WLTX it provided the County a copy of the report in response to WLTX's open records request for the document.

Rep. Finlay said he was only able to review a copy of the report, but had also filed open records requests to receive his own copy.

On Tuesday night, the preliminary report was not mentioned in the open meeting nor discussed publicly. However, Council met for more than an hour in an executive session.

The ongoing legal battle between the SCDOR and Richland County on penny tax spending was one of the issues discussed in the executive session.

After the meeting adjourned, many members of Council told WLTX they could not comment.

"I cannot comment specifically about anything that was provided in executive session, as we're currently in litigation with DOR. So, everything is protected by attorney-client privilege currently. But, just know that my call and my battle cry is transparency and the protection of the taxpayer and it will continue to be, even through this," said Councilman Joe Walker.

Walker said he also could not confirm the $40 million amount.

Other council members also would not give specifics.

"No I don't as a matter of fact, one of the things we were instructed very clearly tonight to do is to allow the attorneys to address this issue and not offer any comments on it," said Councilman Chip Jackson.

"No I don't. That's a matter of litigation, no comment," said Councilman Jim Manning.

"No I don't have a response, it's in litigation, and I have no response, thank you," said Councilwoman Yvonne McBride.

Council members Bill Malinowski and Gwendolyn Kennedy also said they had no comment.