'Prepare for the worst, expect the best': Elections Board prepares for Tuesday runoff

Ahead of the State Primary runoff, the Richland County Elections Board discussed how to improve long lines, voter confusion at the polls. 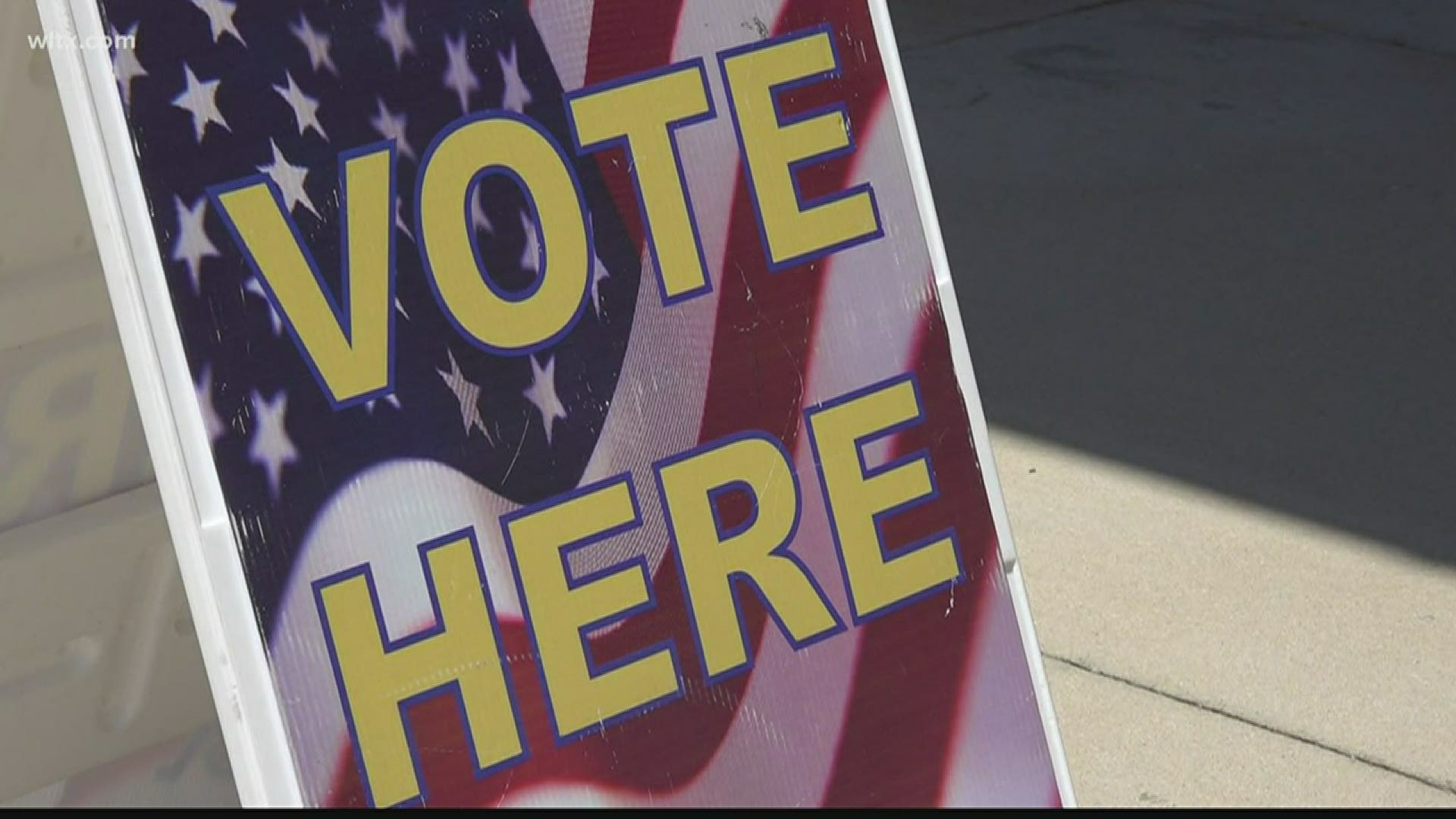 COLUMBIA, S.C. — Ahead of the State Primary runoff next Tuesday, the Richland County Elections Board held a special-called meeting.

They discussed preparations for the runoff and how to avoid the problems that have plagued them in the past.

"I definitely think we should prepare for the worst but expect the best," said Board Member, Anjanette D. President.

Wednesday evening, the Richland County Board of Voter Registration & Elections met in a special-called virtual meeting to discuss how to improve the process.

"A lot of the reaction we're seeing is frustration. Standing in line for four, six or eight hours only to be told you're in the wrong place," said Dr. Charles Austin, Chair of the Board.

As a start, poll managers are doing additional training.

Board member, Yolanda Taylor, also suggested more visible signs at the polls which would help voters reassure they're in the right place.

"As an example, at Spring Valley, where there are five different precincts," said Taylor. "Then have [the signs] some place so that people won't have to wait in line so long in the wrong line."

The board discussed reaching out to poll directors in neighboring counties for help.

They're also making sure they have more poll workers for Tuesday, and enough equipment at each voting location.

"The ballot is very short, so it's gonna be very quick on the BMD's (Ballot Marking Devices), but it's gonna take time on the laptops. So the more laptops we have, the more staff, the faster the line's gonna move," said Polling Clerk, Rebecca Woodford.

The BMD is the machine you use to vote.

As for the reason for the long lines on June 9, the board is looking into it. They're trying to figure out if it was delays were due to the laptops or the voting machines.

Vice Chair of the Board, Dr. Duncan A. Buell, said the current rule is one computer for every 250 voters.

The goal is to control what they can come Tuesday.

"Particularly with large counties...like when someone is on a far end and they have to come all the way to 2020 Hampton. If they receive the ballot on a Saturday, there's nothing they can do on a Sunday. They may have to work on Monday, so they have no choice but to bring the ballot back. They can't put it back in the mail because it's too late. So if there's something legislatively that needs to be done, we can certainly try," said McDaniel, referring to situations involving absentee ballots.

"It was not one single voter fault that they had to stand in a line for two to six hours, and then get up to the computer and get ill treatment for something that wasn't their fault," she added. "They had a right to be as frustrated as they wanted to be.  Good customer service should not have been compromised. It should have happened regardless. It wasn't the poll workers' fault either that they had to stand in those long lines, but unfortunately it was incumbent upon the poll workers to make sure that they provided good customer service."

The meeting ended in Executive Session to discuss an update on a new director.

Any vote on the matter is deferred until the next meeting, which is set for Thursday June 18 at 4 p.m.

"I think going into the November election, it's just going to be humongous," said Austin. "Every pro-active action we can take to help us maintain some level of control would be helpful."