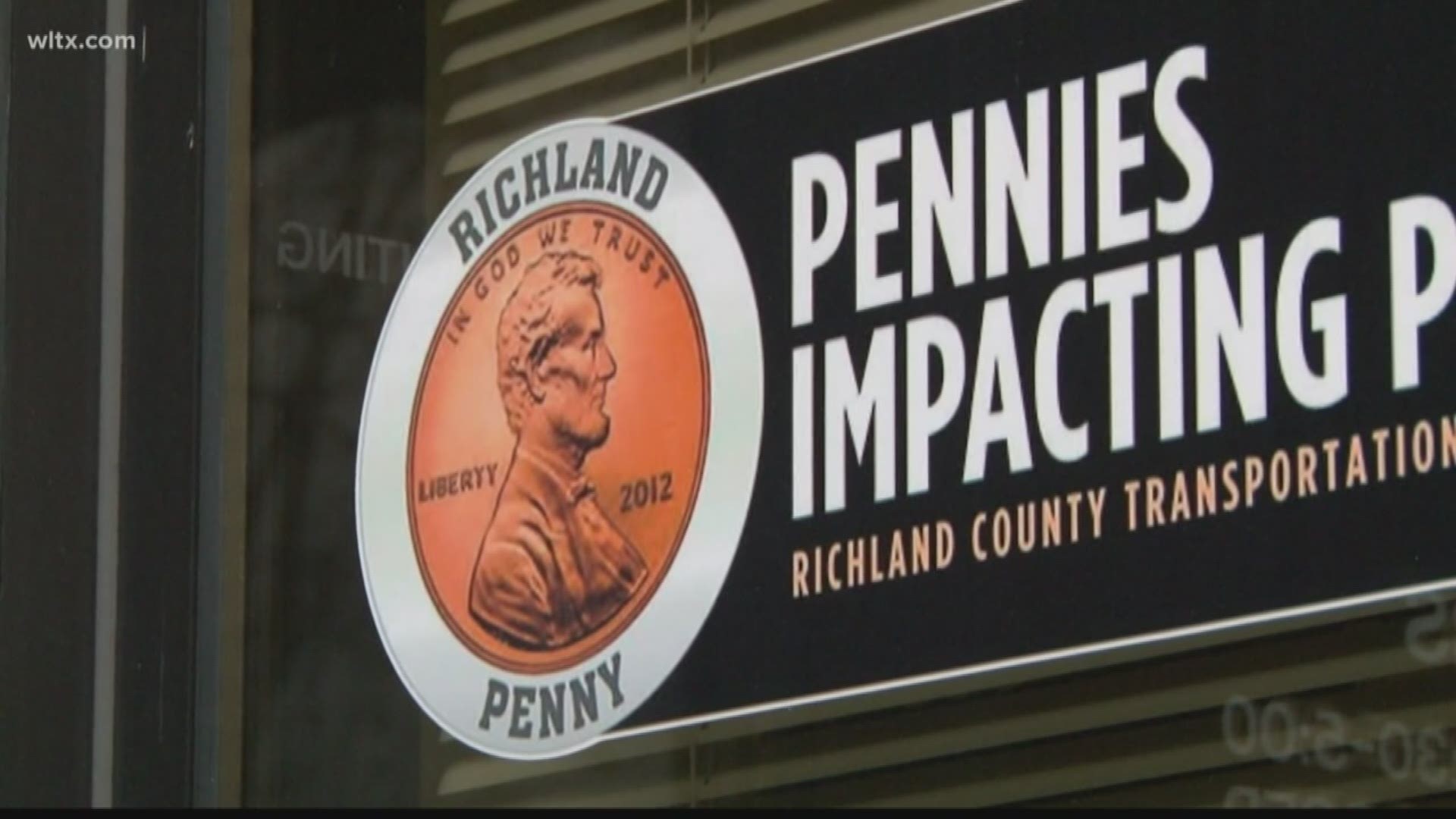 The report is titled "Richland County Transportation Penny Tax Program Audit May 1, 2013 through May 31, 2018."

Among the money spent the audit found fault with includes $1.2 million on a small business enterprise program, $7 million on a road resurfacing program, and almost $20 million on management fees for the agency hired to run the penny tax.

The penny tax was approved by voters in 2012, and is only supposed to go to transportation-related projects.

An introductory letter from SCDOR Director Hartley Powell to County Chairman Paul Livingston states, "In the event that Richland County or CMRTA disputes any findings in this preliminary report, it should notify the Department within ninety days, otherwise the findings will be made final."

The letter and report are dated October 16, 2019, the same day a WLTX reporter confirmed Council representatives met with SCDOR staff about the audit.

The audit says it was conducted to "ensure public accountability and transparency in collection and expenditure of Penny Tax revenue."

SCDOR requested several different documents and types of information to arrive at its conclusions, according to the audit's second page.

The following expenses were ruled as ineligible, according to the document:

The combined expenses amount to $41,436,736 in ineligible expenditures, according to SCDOR.

Some of the expenditures have already fallen under scrutiny, including the SLBE program, mentor-mentee program, public relations costs, and Central Midlands Regional Transit Authority.

The report has been the subject of much discussion after state Representative Kirkman Finlay, (R) Columbia, said he had seen the preliminary report last month. At the same time, many members of Richland County Council declined to comment on the report's content or specific funding concerns listed in the report.

The SCDOR and County argued over spending on the SLBE program, mentor-mentee program, and public relations costs in court for years, eventually leading to the South Carolina Supreme Court.

The Court ruled the SCDOR did have authority to classify expenditures and criticized the SLBE and public relations spending.

In February of this year, the County Council approved repaying $1,000,000 in misspent penny tax funds from the County's Assigned Fund Balance in the General Fund.

The resolution also said the County would make future repayments in 2020 and 2021.

The October 2019 preliminary audit report details how each of the expenditures were determined ineligible.

SCDOR wrote the PDT, which managed the penny until November of this year, was responsible for large portions of the ineligible spending.

The report said those expenses amounted to the ineligible start-up spending of $1,813,297.

But, the biggest chunk of ineligible spending belonged to PDT Program Management Fees totaling $19,855,110, according to the SCDOR.

For one and a half pages of the report, the SCDOR details why the spending was ruled ineligible.

The report says many salaries are not eligible to be paid with penny funds, including salaries for public relations staff, web design, the internship program, office manager, and secretary.

Also, it alleges many of the PDT's salary and payment requirements are duplicative, listing several examples.

"Richland County pays the salary of a Senior Traffic Engineer, and then pays the PDT 4.5 [percent] or 6.5 [percent] of the total cost of a project for performing traffic studies," it details in one section.

It lists 5 other salaries and payments it describes as duplicative.

The report continues, claiming 11 percent of the total costs of transportation projects go to the PDT, saying the PDT is contractually responsible for the tasks performed by individuals in similar positions.

"There are other instances in which the County paid contractors outside of the PDT contract to perform work the PDT was already obligated to perform," the report states on page 8.

In a statement on Thursday, the PDT responded.

"The PDT contracted with Richland County in 2014 and all services or expenditures were pre-approved by Richland County. No duplicate payments or services were provided through the PDT. The PDT is proud of the hundreds of projects that were completed over the last five years. The services rendered were very typical for similar transportation projects across South Carolina. The PDT expects Richland County and DOR to expeditiously find a solution to their preliminary report so the citizens of Richland County can continue to see their tax dollars go to good use," the statement is attributed to Rick Ott.

Ott previously spoke to WLTX about the PDT's role in the penny tax.

Later, the report states the County improperly spent $6,673,654 on the purchase of property at Mill Creek and mitigation credits.

"Based on the Department's audit, the County spent almost $17 million to obtain less than $11 million in mitigation credits necessary for eligible projects," it says.

"It is clear that the County did not need all the mitigation credits it purchased. The County has sold off an unknown number of stream and wetland mitigation credits purchased from [Mill Creek Mitigation Holdings, LLC]. Although it is not clear how many of the credits were sold during the audit period, the County should reimburse the entire purchase price of each resold credit," the report continues.

The report also criticizes a video it claims Richland County produced, which said mitigation credits were used for the China Jushi project, which SCDOR says was not transportation related.

$7,014,129 ruled ineligible went towards the local road resurfacing program, which the SCDOR ruled was not a capital cost and thus not eligible for penny funds.

A detailed description of the COMET's ineligible purchases is included in the report, which COMET officials explained last month.

In the report's last section it says, "The total amount spent in each category must be reimbursed from the County's general fund." It also says some of the expenditures may have continued after the auditing period, which stretches to May of 2018.

The County's contract with the PDT did not end until November of 2019.

News19 reached out to the S.C. Department of Revenue for a statement in response to their preliminary findings, which are outlined in the report. They continue to have no comment.

News19 also is waiting for a reply from the PDT and County Council Chairman Paul Livingston.