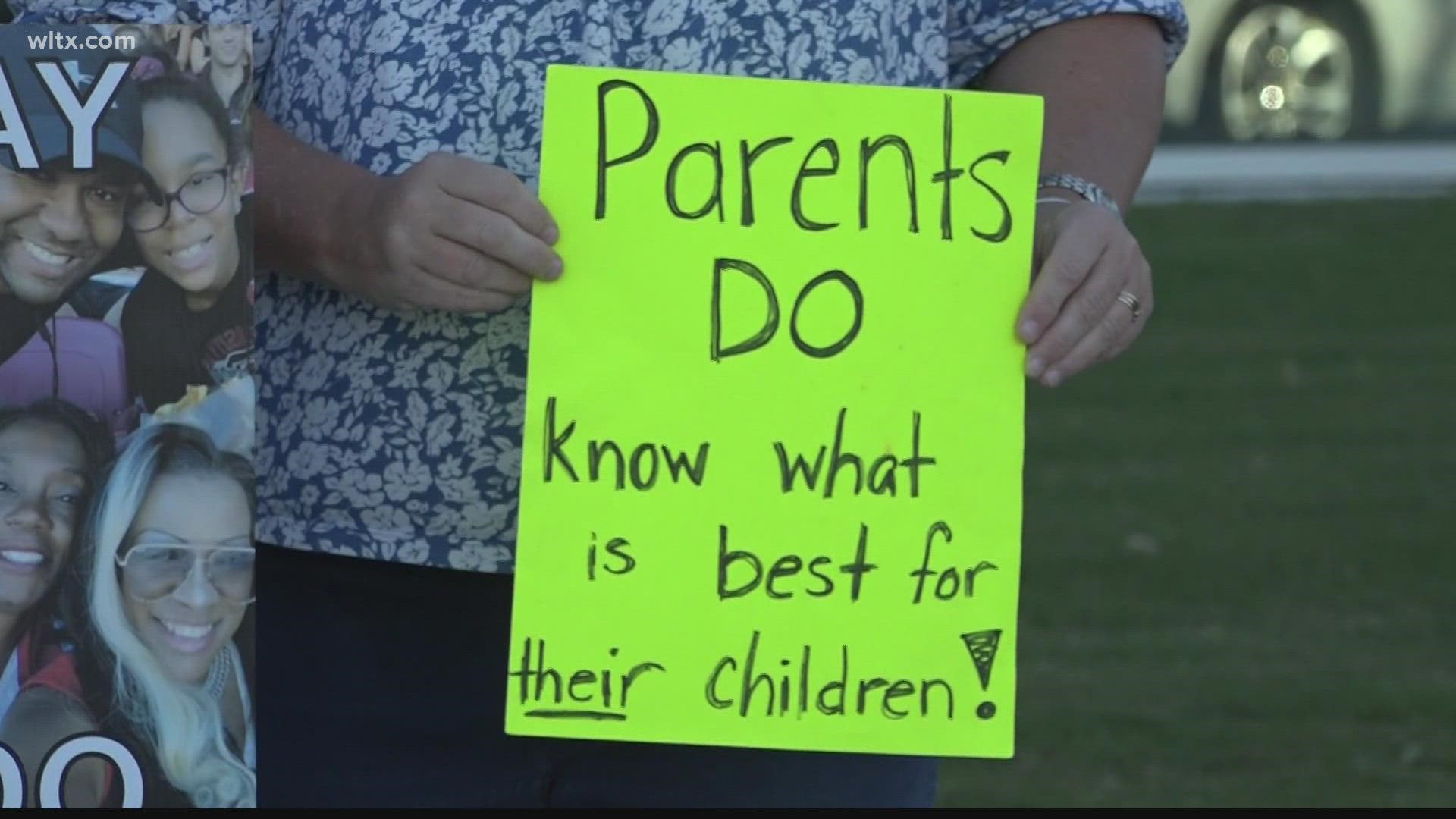 COLUMBIA, S.C. — Richland District Two said the ongoing pandemic was the cause of several changes at Tuesday night's board meeting. The district enforced restrictions in participation and many parents challenged them.

“I just wanna say to you that as the public, you have a responsibility as elected officials of the public to be responsive to the people that elected you,” said another parent.

Richland Two is not allowing more than 20 people at its meeting, and those who are deemed to be disruptive could be escorted out by security or police. Although the district said these capacity restrictions have been in place since November, they weren't always as strict in enforcing them.

“The first October meeting we exceeded the capacity. More people than seats and we definitely were not following our own guidelines," said Chief Communications Officer Libby Roof.

They said they're tightening up on the restrictions for safety reasons to allow for more space in case of emergency. There's also a higher police presence.

“We live stream our meetings and we know that tensions have been high at recent board meetings and we want people to feel safe and secure anywhere in Richland Two," said Roof.

Some parents said they feel silenced.

“To witness something that I’d thought I would never see, and that is that the ability of the board to deny folk the right, their first amendment right," said one parent.

The district said these protocols are in place so everyone feels safe, especially the employees.

“There were some that expressed concerns to us after leaving the last meeting about comments that were made to them as they were leaving the meeting and so we really wanted to make sure we took care of our employees so that they feel safe to do their jobs to the best of their abilities," said Roof.

Richland Two said it will continue to follow CDC guidelines when enforcing capacity limits at its meetings.

“We are glad to see numbers coming down but the CDC does still rank our county as a high transmission and we put health and protocol procedures in place based on that rating," said Roof.