Richland Two says masks will still be required for their students

The district pointed to problems in adhering to the governor's rules right away. 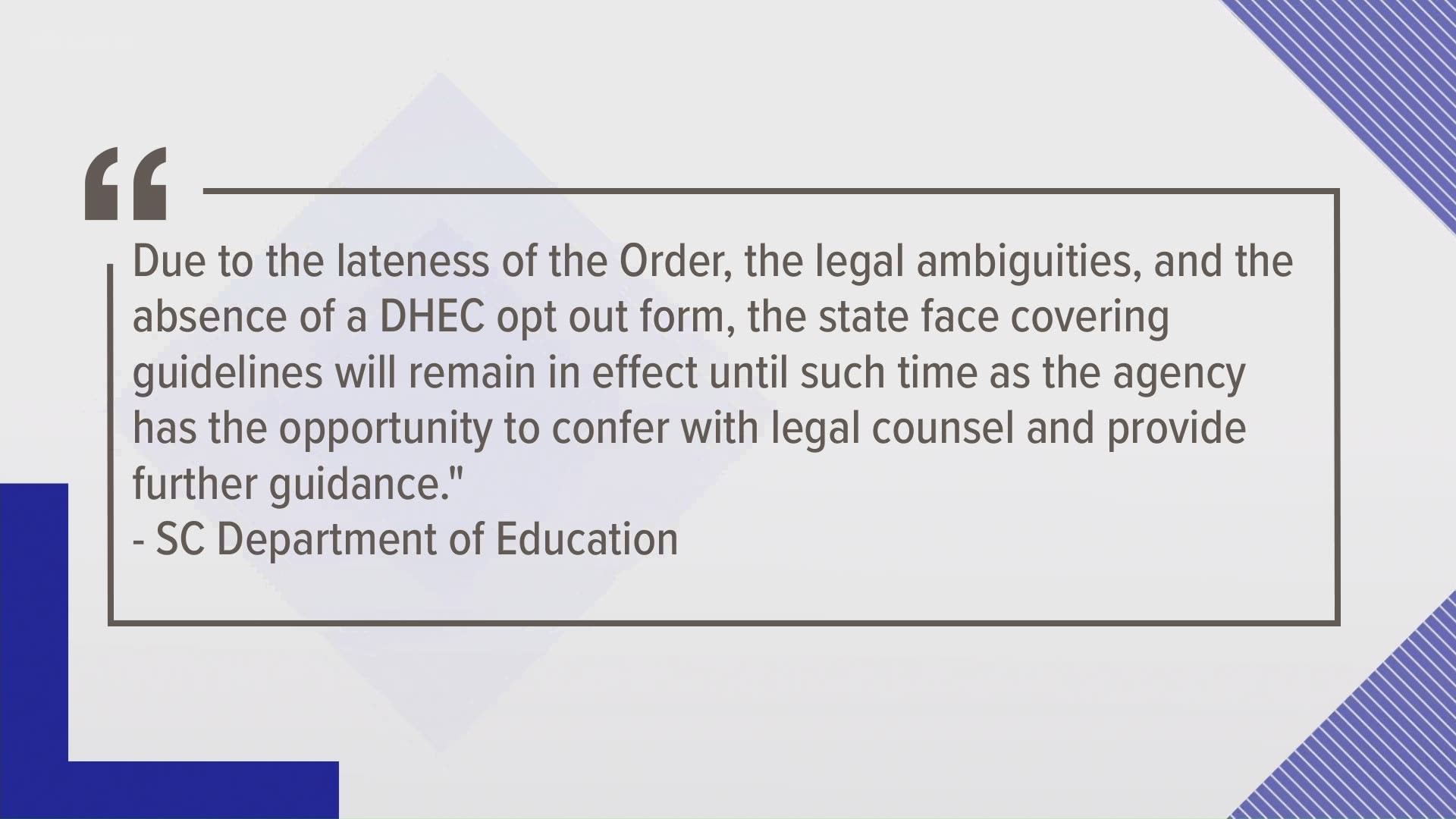 COLUMBIA, S.C. — Richland School District Two says they'll still be requiring masks for students at school, at least for now, after getting a notice from the South Carolina Department of Education.

With schools, however, McMaster said he's asked the state's health agency, DHEC, as well as the education department to come up with a form for parents to let their children opt out of the mask rules.

The state said they want to speak to their attorneys for legal advice before making any decision.

"Therefore at this time and until further notice, Richland Two will continue to require face coverings to be worn in accordance with Policy ADD Face Covering which is based on current guidance S.C. DHEC, CDC and the S.C. Department of Education," Richland Two said in a statement.

School districts across the state had been requiring masks for students who were in person since the start of the school year. But McMaster had said it was "ridiculous" for those rules to still be in place due to the availability of the vaccine and the drop in COVID-19 cases.