The popular Midlands attraction opened in 1974 along the Saluda River in Columbia, South Carolina. 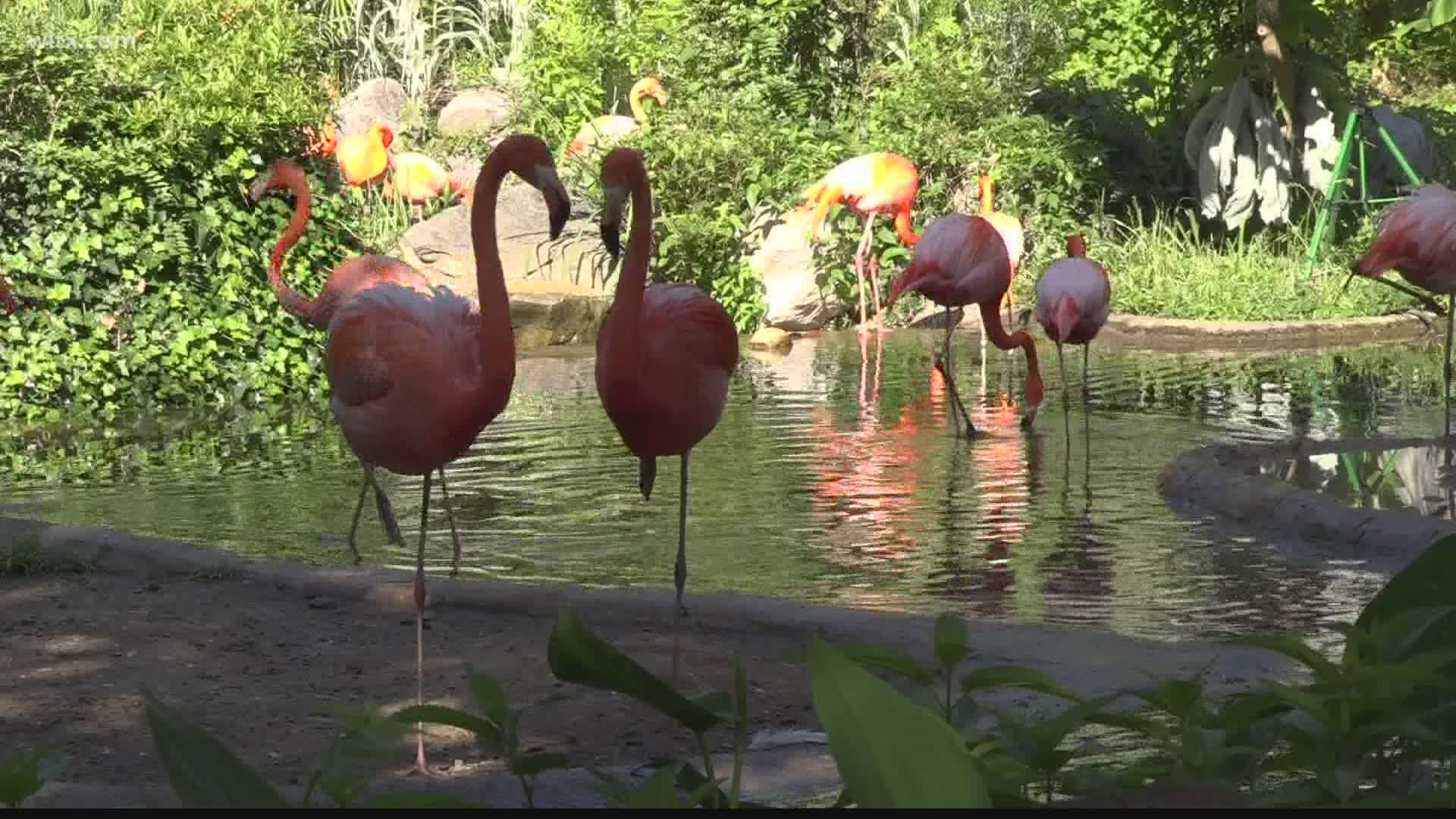 A popular travel destination in the Midlands – it averages over 1 million visitors per year -- Riverbanks is unique because the Saluda River runs through the park, separating the zoo on the Columbia side from the botanical gardens on the West Columbia side.

The zoo is home to more than 2,000 animals that reside in natural habitat exhibits that use moats, water and light as natural barriers between animals and visitors rather than bars and cages.

The 70-acre Botanical Garden features a wide selection of native plants and offers scenic views of the Saluda River that divides the garden area from the zoo. There are wooden trails and historic ruins to explore on the site as well – such as the old Saluda River textile factory, built around 1830, and what’s left of the State Road Bridge, a covered bridge crossing destroyed by Confederate troops in advance of Sherman’s army entering Columbia.

Spring has sprung at the Riverbanks Botanical Garden.

Although temporarily closed because of the coronavirus pandemic, Riverbanks offers rock wall climbing and zipline tours across the Saluda River for the adventurous, and splash areas for the kids.

The Zoo is an accredited member of the Association of Zoos and Aquariums and, since 1981, participates in the Species Survival Plan program that helps ensure the survival of endangered species through selective breeding. Some recent successes include births in Riverbanks’ west lowland gorillas, African lions, koalas and giraffes.

RELATED: Riverbanks Zoo's beloved koala, one of the world's oldest, passes away

Over the years, the zoo’s exhibits have transformed and grown. The Aquarium Reptile Complex opened in 1989; Birdhouse at Riverbanks was added in 2001; the African-themed Ndoki Forest opened in 2002; a new sea lion exhibit – built to resemble San Francisco’s Pier 39 -- was added in 2016.

In 2019, Riverbanks Zoo transported its last African elephant to the Milwaukee County Zoo in Wisconsin to make room for the exhibit of the rare Southern white rhino that opened during the summer of 2020.