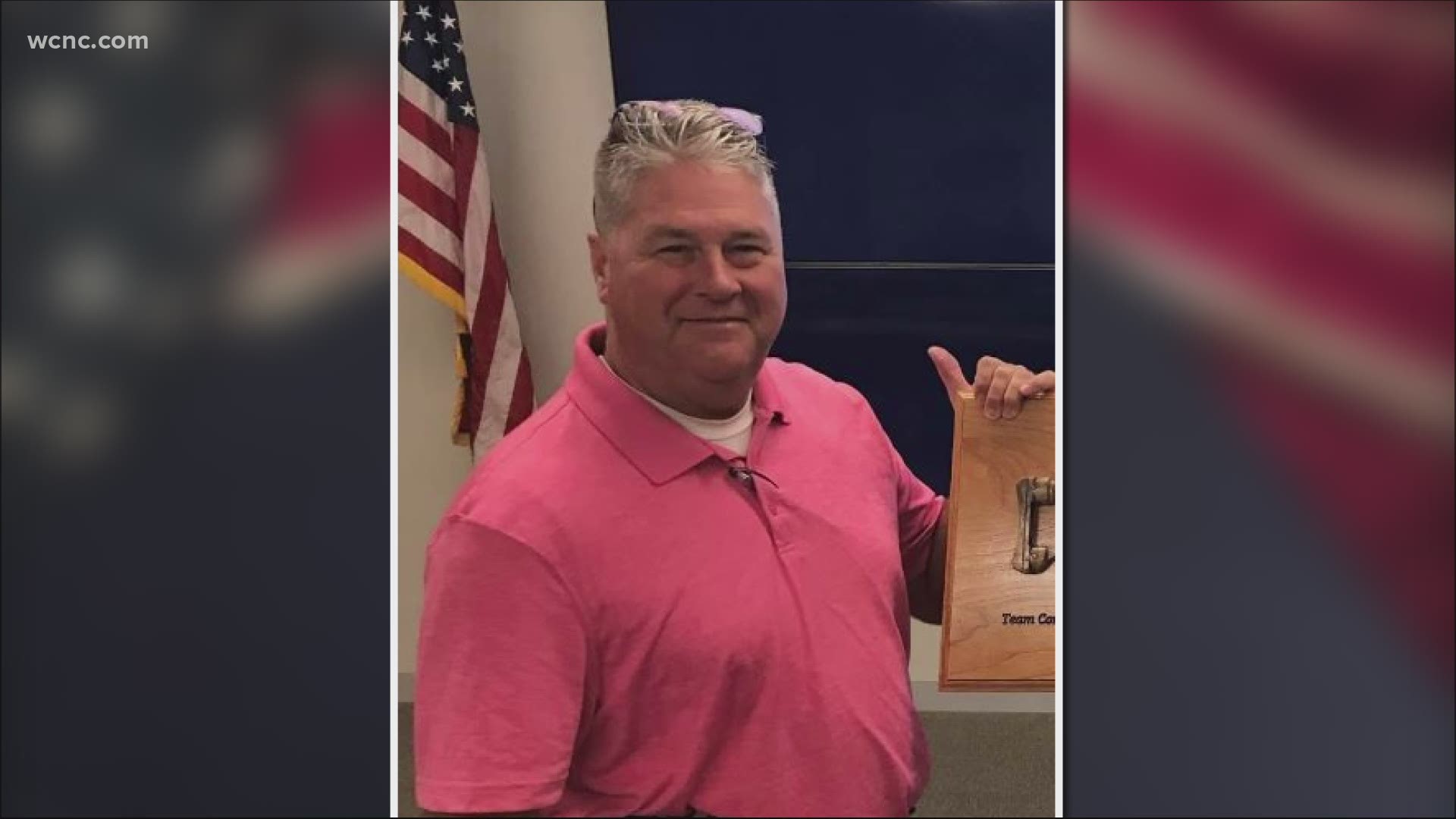 "He would often take extra assignments for the opportunity to meet new people and see familiar faces," the Rock Hill Police Department said in a statement released Saturday, "He rarely missed the opportunity to work City Council Meetings or Come See Me Events. Lieutenant Vaughan was well-known for being the Supervisor-in-Charge for the annual Christmasville Christmas Parade."

Vaughan joined Rock Hill Police in 1990 and retired in 2020. He was from Lancaster and attended Lancaster High School, according to a statement released by the Lancaster County Sheriff's Office.

According to a release from the York County Sheriff's Office, deputies were called to The Anderson complex on East Main Street on Friday, July 23, after a person was found dead in an apartment.

According to YCSO, the Rock Hill Police Department asked the office to investigate due to the person "having ties to their agency."  YCSO would eventually reveal the person who was found dead was retired Rock Hill police Lt. Larry Vaughan, who retired in 2019.

The sheriff's office would eventually confirm they arrested a suspect within four hours. According to YCSO, 27-year-old Evan Robert Hawthorne of Chester was charged with murder and taken into custody. Hawthorne was arrested in Rock Hill at the corner of Ebenezer Road and Hollis Lakes Road. It's still unclear if this was random or if the two men knew each other, as well as what led up to Vaughan's death.

WCNC Charlotte confirmed that Hawthorne was at one point a deputy with the Chester County Sheriff's Office, but in 2019 was fired from his job after driving a patrol car while drunk.

“Our hearts break for our friends and colleagues at the Rock Hill Police Department and our entire law enforcement community,” said Sheriff Kevin Tolson. “I’m thankful for the diligent and the expedient work of our Detectives during such a difficult case regarding an individual they know personally.”

The Tega Cay Police Department offered their own condolences on Twitter as well, along with many others who shared memories of Vaughan on social media.

Our thoughts and prayers are with the RHPD family. pic.twitter.com/J0CYcNmgwX

The case remains under investigation.

Read the full statement from the Rock Hill Police Department below:

The Rock Hill Police Department is mourning the tragic loss of Retired Lieutenant Larry “LV” Vaughan. Lieutenant Vaughan began his career with the Rock Hill Police Department in June of 1990 and faithfully and tirelessly served our community for over 30 years before retiring in September of 2020. During his career, there was not much that he did not do. He was a Patrol Officer, Patrol Supervisor, Special Projects Officer, Criminal Investigations Supervisor, K-9 Officer, SWAT Sniper, SWAT Team Leader, SWAT Commander, Driving Instructor, Firearms Instructor, and a Patrol Rifle Instructor. Along the way he earned numerous awards and contributed to several competition-winning SWAT Teams.

More importantly, Lieutenant Vaughan was a leader, a mentor, and a friend. Most Officers met Lieutenant Vaughan within the first couple days of joining the Department, and it never took long to realize he was called “To Serve and Protect.” Lieutenant Vaughan embraced all the challenges that arose daily and, utilizing his unorthodox thinking, found a way to resolve them. His style of policing would directly influence and educate officers around him, unknowingly preparing them for the next time a similar situation would arise.

Lieutenant Vaughan was a constant when it came to working overtime. He would often take extra assignments for the opportunity to meet new people and see familiar faces. He rarely missed the opportunity to work City Council Meetings or Come See Me Events. Lieutenant Vaughan was well-known for being the Supervisor-in-Charge for the annual Christmasville Christmas Parade. He never missed the chance to ensure the safety for the participants and spectators by leading the team of officers throughout the event.

Upon his retirement, Lieutenant Vaughan would often stop by the Law Center during one of his daily walks. He never failed to put smiles on everyone’s faces.

Chief Watts and the entire Rock Hill Police Department sends condolences and prayers to Tashia, Tyler, Parker, and his family. Thank you all for allowing LV to be a part of our family. Thank you for the dedicated public servant who never wavered in giving all he had to our community.

Lieutenant Vaughan leaves behind a heralded career that is truly one for the ages. While LV is no longer with us, his smile, laughter, leadership, guidance, and friendship will never be forgotten. His legacy at the Rock Hill Police Department will always be remembered.

“The retirement of LV left us with a challenge having to replace someone with so much knowledge, experience, and dedication. The loss of LV has left us with a void than can never be replaced.”

Note: WCNC instituted a new policy in March 2021 regarding the broadcast or posting of mugshots.

WCNC will only air or post a mugshot if the person has been formally charged with a crime and in a few other cases. The exceptions include: If it appears the person could be a danger to themselves or others or if they are wanted by authorities; to differentiate between people with a common name; if the photos could encourage more victims to come forward. The news-editorial leadership may also decide to use a mugshot based on the severity of the crime(s) committed and/or the level of public interest in the crime and ensuing criminal proceedings.

A mugshot for the suspect was not available as of writing.