ROSWELL, Ga. — A metro Atlanta fire department is being credited with jumping into action when a small child's life hung in the balance.

The Roswell Fire Department shared photos on Tuesday of their own crews braving the turbulent waters of Big Creek at Roswell Mill. The crews are seen utilizing rescue equipment in the currents - and a caption explains why.

A small child had gotten caught up in the water. It was up to these firefighters - specifically Battalion 204, Quint 25 and Squad 21 - to bring the little one to safety.

Despite the conditions at the scene which were likely worsened by storms across the region, the child was rescued without life-threatening injuries.

The mill and the manmade Vickery Creek Falls - seen in some of the photos shared by the fire department - are a popular destination on the edge of the Chattahoochee River National Recreation Area.

The department didn't go into detail about exactly how the child became caught in the perilous situation, though they urged the public to use extreme caution in fast-moving water. 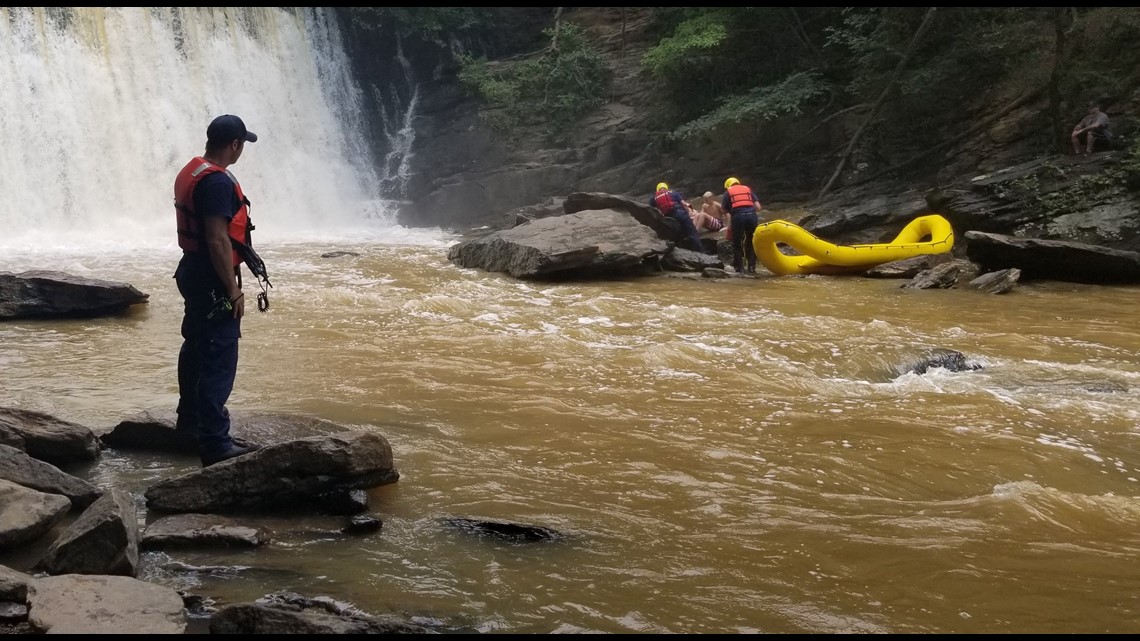 Unfortunately, similar warnings in other parts of the Atlanta area have sometimes gone unheeded in recent months leading to other swift water rescue operations.

Earlier in July, Gwinnett Fire had to step in to save 10 children and an adult from the Alcovy River at Freemans Mill Park. In that case, children were scattered all along the river, some stuck on rocks and others barely avoiding being swept into the turbulent water.

The sometimes peaceful stretch of river had swollen over its banks and become violent following heavy rains. Fortunately, all stranded children and the adult were saved from the waters. Firefighters ounce again prevented a near-tragedy.

In that case, officials said there were signs clearly warning visitors to stay out of the water. It's not readily apparent if the same was true for the visitors of the Roswell park during Tuesday's rescue.

Husband kills wife who fled to fire station with their kids: Sheriff

Children were in car with mother when father shot, killed her outside fire station, sheriff confirms