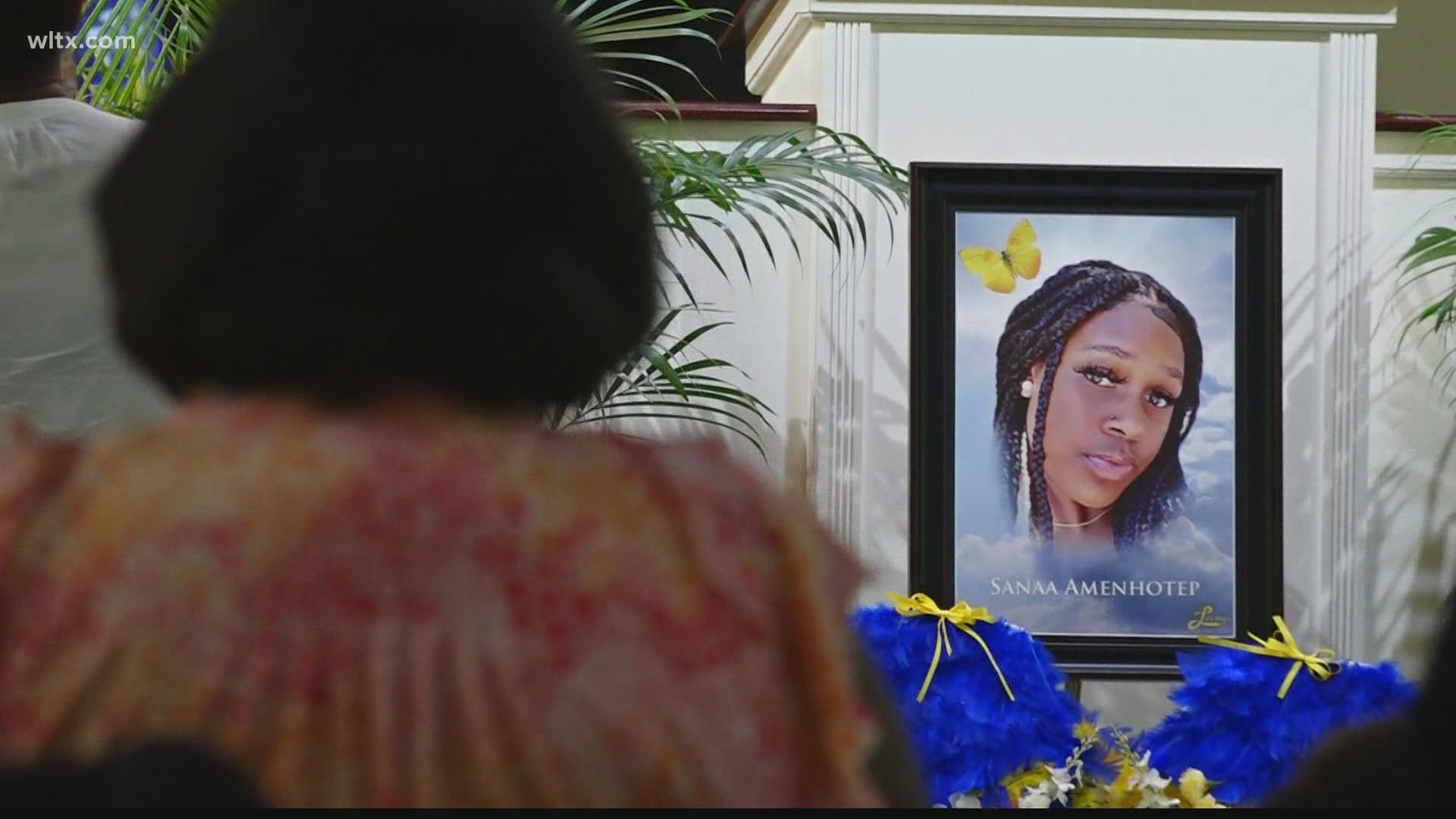 Sanaa Amenhotep, who loved ones describe as funny, smart and a fashionista, was remembered at Leevy's Chapel in Columbia after being taken much too soon.

The memorial at the chapel celebrated a vibrant young woman who had so much promise ahead.

Sanaa's godmother and Sanaa's mother's best friend for over 23 years, Alicia Coleman, says she thought of Sanaa as her own child. She says, "She went from calling me Aunty Alicia to asking me to be her godmother. She spent three weeks with me last summer. She's a city girl, I call her my city girl."

Coleman described Sanaa as a energetic, loveable teenager. "I mean she had an infectious personality, she is very flamboyant. She loved to dress up, she loved eyelashes," said Coleman. She added "it's unfortunate that somebody took her away from us before we could see her full potential."

The 15-year old went missing on April 5th. Police say the teen, who was found three weeks later, was murdered. Three young people are in custody, charged with her kidnapping and murder.

Coleman says she knew something was wrong when she couldn't get hold of Sanaa. "I would call Sanaa, and I would say 'hey, what's going on?' She would always answer the phone for me, so I knew it was different," Coleman said. "She didn't answer the phone for me. I said this is not her. I went on her Instagram and she wasn't active on Instagram, and I said this is not Sanaa."

Saleemah Graham-Fleming, Sanaa's mother, said her daughter was full of life. She said standing at the lectern, "We love her, we miss her. She left imprints on everybody in here, whether you like it or not."

"My daughter was a handful, but she was my handful," Graham-Fleming said.

Now, Graham-Fleming wants more to be done to protect the children of South Carolina. "My baby was missing for 24 days. How many other kids are missing?"

Others remembered Sanaa for her lip gloss and lashes.

One community member said, "Sanaa knew who she was. She was a work of art. Every time she stepped out, her lip gloss was popping, her lashes were long, her outfits were cute."