'I need justice for my daughter': Mother of murdered SC teen remembers her girl

The body of 15-year-old girl Sanaa Amenhotep was found Thursday, after she was reported missing three weeks ago. 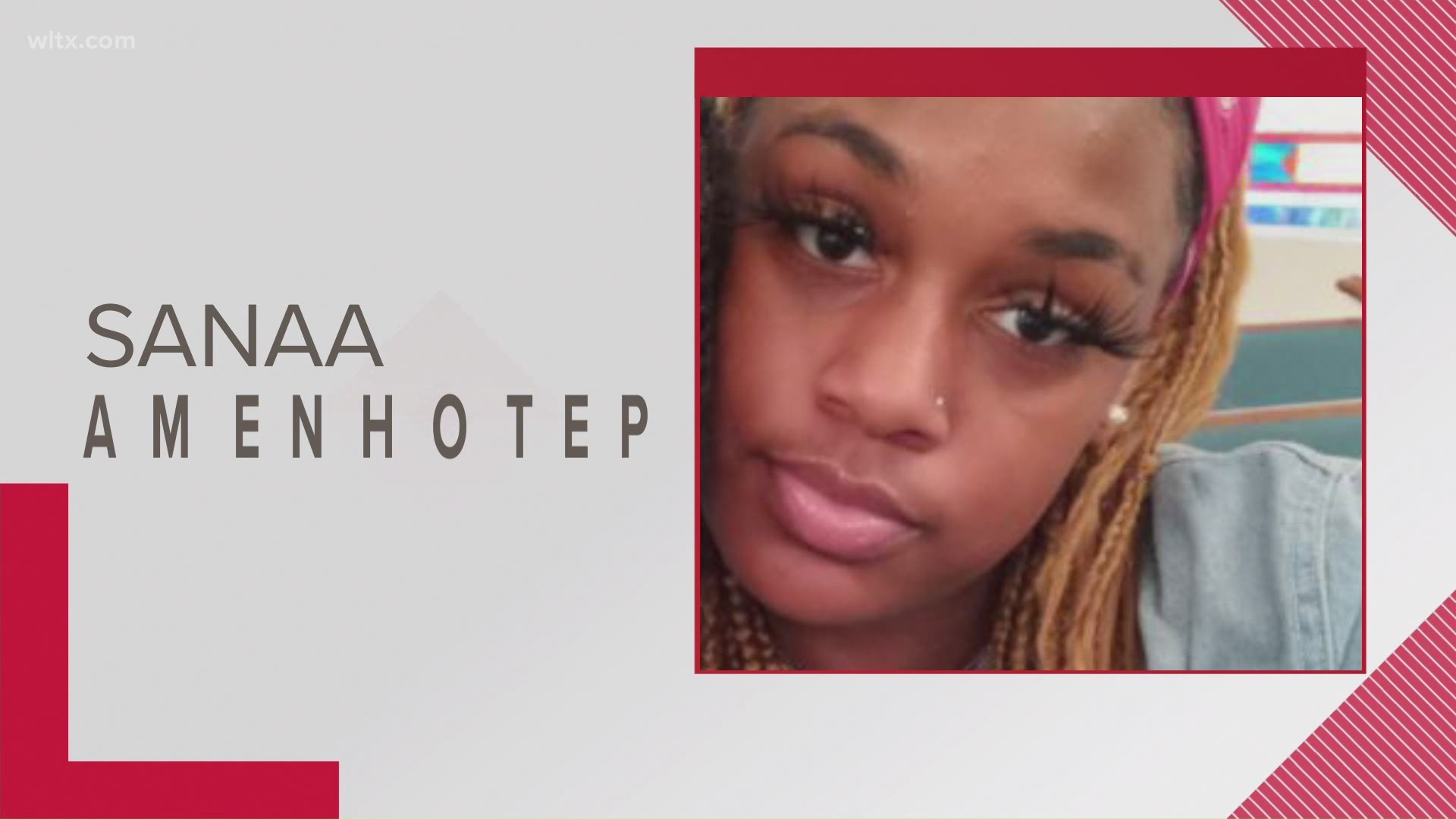 RICHLAND COUNTY, S.C. — Richland County Sheriff Leon Lott announced Thursday that a missing 15-year-old girl was found dead, and officers believe she was murdered. He also announced they've arrested one suspect and are looking for another in the case.

Lott said Thursday morning that Sanaa Amenhotep's body was discovered in Lexington County. Sanaa's mother reported her missing on April 5 and did not stop looking for her.

"She loves people, she never really met a stranger," Fleming said. "That night, she asked to go take pictures near a swing with her sister, and I said sure. It was the top of spring break, no problem."

But once her mom didn't hear from her, she started to worry.

"When I called her phone and it went straight to voicemail I panicked because I know at that time it was maybe about 10:00 almost 11:00, she would of definitely picked up the phone or sent me to voicemail and sent me a text, but that didn't happen, so I started to immediately panic," Fleming said.

Fleming, along with the community, searched for her daughter, but now she says she wants justice.

"I need justice for my daughter because a child this sweet, cakey, shouldn't have to die like that," Fleming said.

While Fleming waits for more answers, she remembers her little girl.

"I'm going to miss my fashionista, she helped me get dressed in the morning," Fleming said. "She had to have me on-point, she would say you're my mother I can't have you going out there any kinda way. I'm going to miss that, but in the words of my late brother spirit doesn't die."

The Lexington County Coroner said an autopsy is scheduled for Friday.