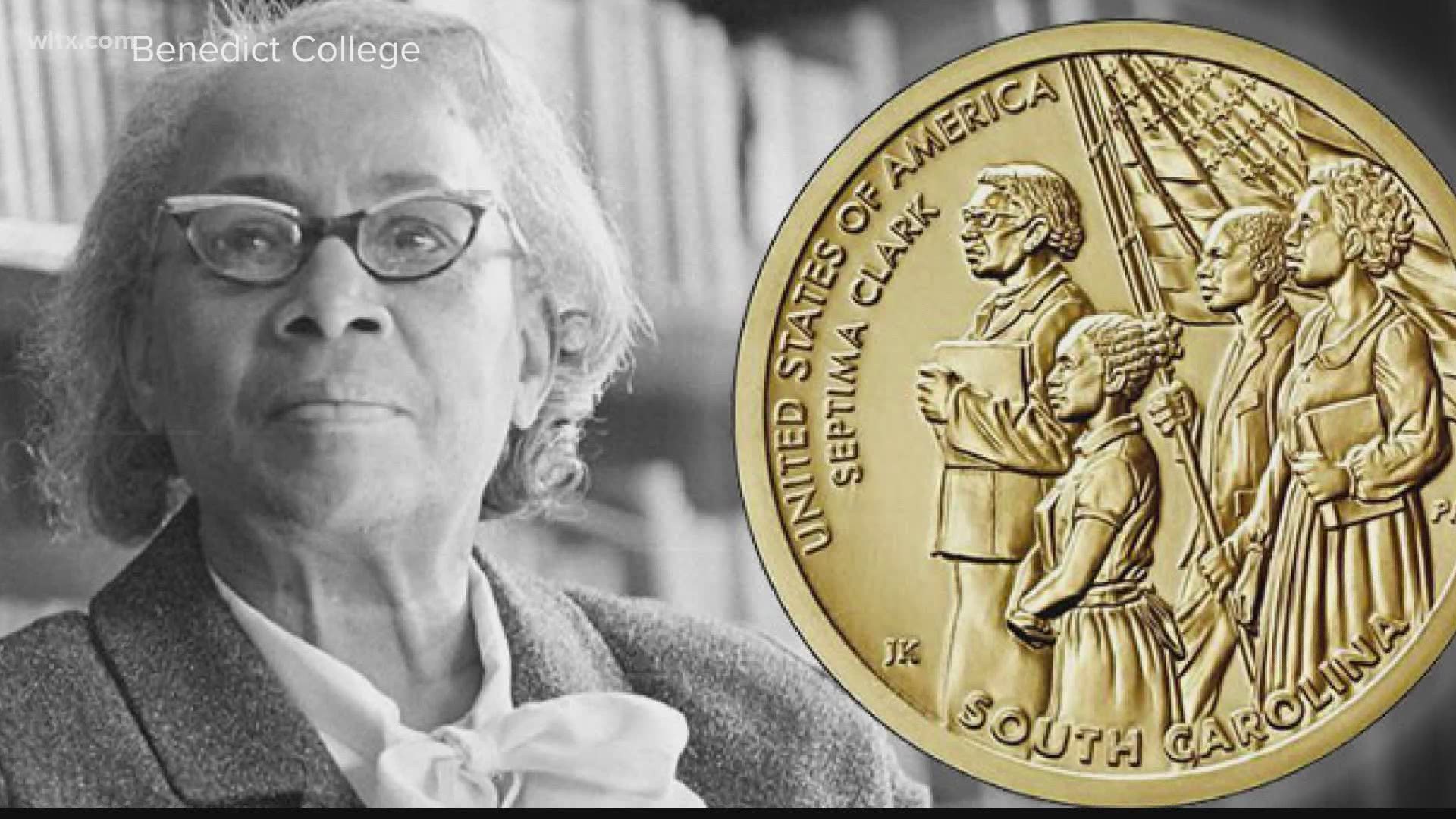 COLUMBIA, S.C. — The American Innovation $1 coin program releases four new coins to honor American innovations and innovators. It's part of the United States Mint initiative launched in late 2018. Our state is part of the newest collection released, and civil rights activist and teacher, Septima Clark, is being recognized.

"To think what is the most innovative thing to come out of South Carolina, the state chose her speaks volumes about our role in the civil rights movement, and it should be memorialized nationally," said Benedict College's President & CEO, Dr. Rosyln Clark.

Septima Clark graduated from Benedict College and taught in the Charleston County School System but was fired for her NAACP involvement. She got a job later at Tennessee Highlander Folk School, an institution that supported integration and the civil rights movement.

"She believed during the civil rights movement that you had to educate people," said Claflin assistant professor Dr. Arlecia Simmons. "She spent a tremendous time educating adults, advocating for educators."

RELATED: The historic 1961 South Carolina case that broke barriers for protests of the future

"She knew people were not getting the right to vote because they could pass these tests that were placed," explained Dr. Simmons. "It was part of what she wanted to help people become educated, not only about the ABCs but also about the political process."

You can purchase a Septima Clark proof coin on the United States Mint website for $11.50.