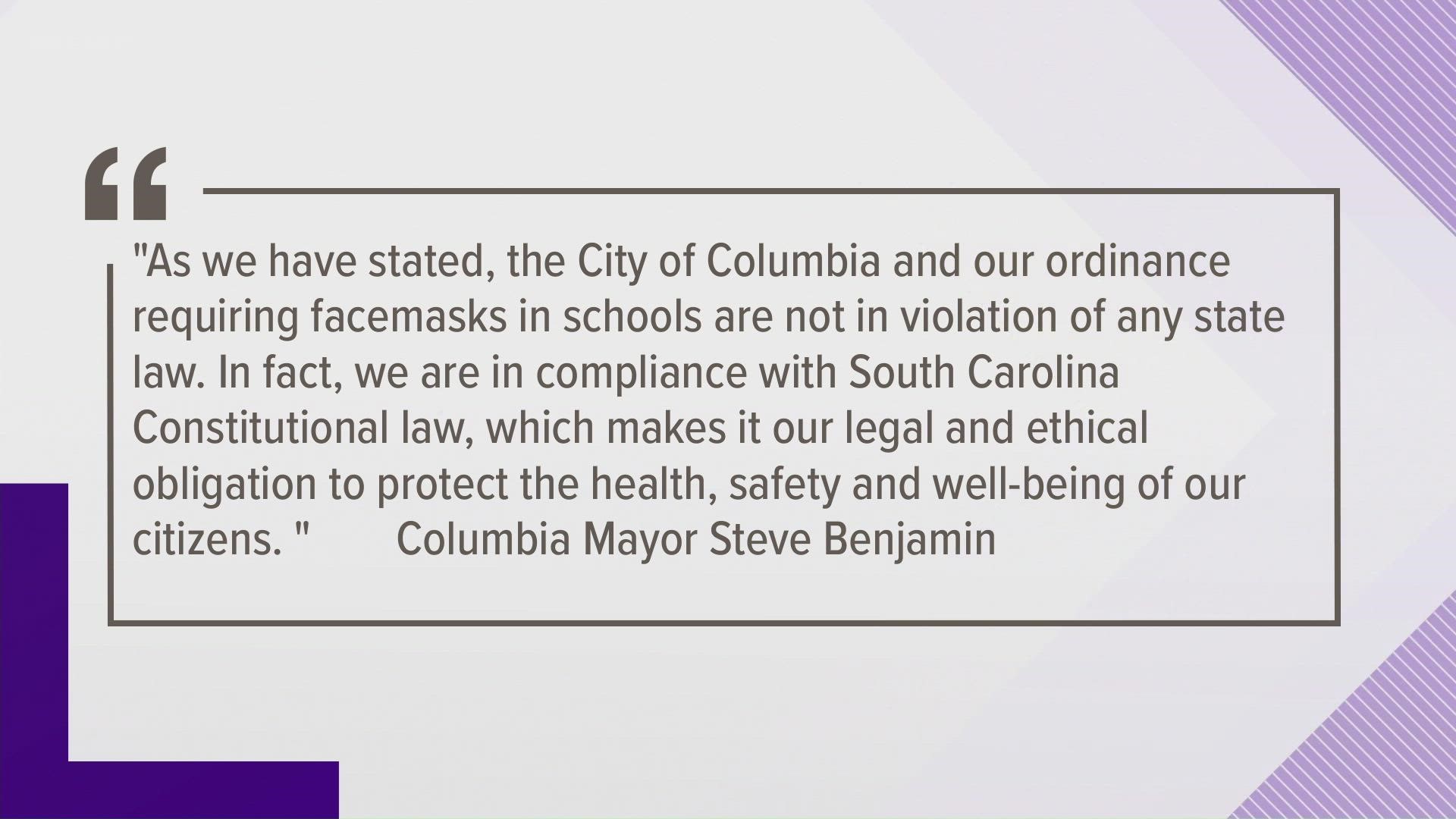 Wilson announced his decision Thursday, saying he'd filed the paperwork with the South Carolina Supreme Court, arguing the ordinance violates state law. He said the lawsuit would also apply to any other city, county, or school district that's passed a similar rule.

Columbia Mayor Benjamin responded by saying the rule is legal, and that the city has a moral and ethical obligation to protect students.

“Parents and teachers across our City, across Richland County, in fact across the state, have been vocal in asking us to make sure that children are safe in schools," Benjamin said. "As SCDHEC has just reported more than 3,200 new COVD cases in one day, we think it is counter to the best interests of community health to have any discussion other than what proven measures we can use to protect our children.”

Wilson had told the city that their mask mandate, which is for elementary and middle schools, violated a state budget proviso that specifically barred school districts from mandating masks for kids and teachers. He said it was the legislature's intent when they wrote it that no one would put a such a rule in place.

He'd given the city until August 13 to drop or revise the mandate, and after that deadline passed last week, he said he was reviewing legal options. Since then, Richland County Council passed a mask rule identical to the city's and Richland School District One said masks would be required in all schools.

But a city attorney told Wilson earlier this month that the council had a right to pass their emergency ordinance, and that the South Carolina Supreme Court has held in the past that provisos that don't directly deal with raising and spending money can be removed by courts.

Wilson said he doesn't disagree that masks are effective or that they're a good idea, but he said it's important to follow state law.

Mayor Benjamin announced on August 5 that because of the accelerated spread of the Delta variant of the coronavirus, he was declaring a state of emergency and instituting a mask mandate in elementary and middle schools.

The city has said it's willing to continue to defend its position in court.

South Carolina Gov. Henry McMaster is a staunch opponent of a mask mandate in schools, and has said he believes the provisos bars such a rule. South Carolina Education Superintendent Molly Spearman said this week she every student should