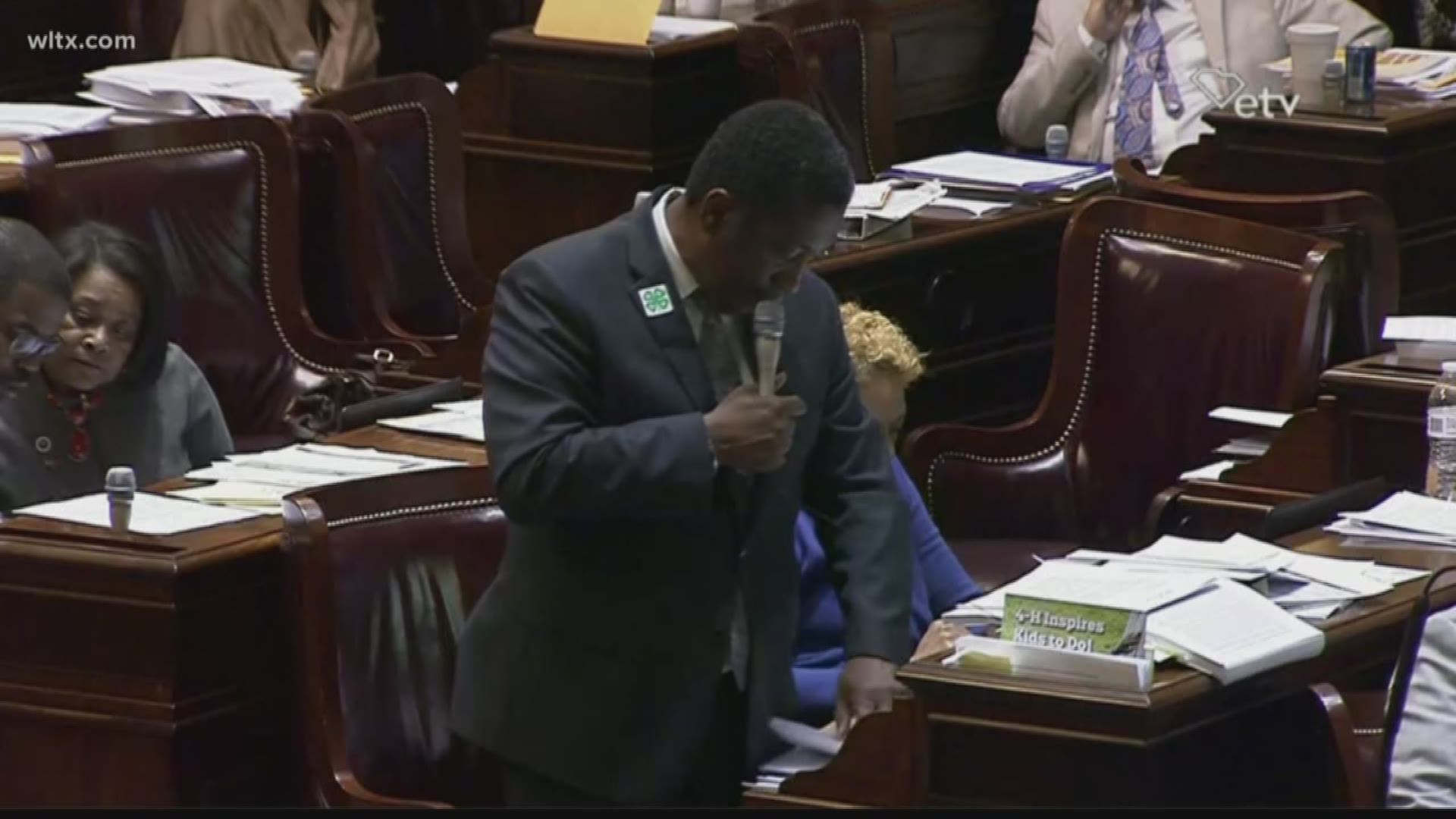 COLUMBIA, S.C. — On a day that was set aside for debate, the South Carolina House did just that for more than 15 hours.

King attempted the same amendment during the House's education debate last week, but the amendment failed.

On Tuesday, the York Democrat had better luck.

"Because as we grow as a state, racially, we're going to have to start talking about the differences people have, as we grow as a state, in different beliefs that people may have-- Persons may be of different sexual orientations, we got to start talking about these things cause we have to live with these people within our community," King said after his amendment was adopted.

The amendment would require schools to teach a cultural sensitivity component each year, but it does not specify how often or how much time must spent on the topic each school year.

Other education amendments were not approved.

The House tabled two amendments that would have addressed mandated class sizes in South Carolina.

The proviso was introduced during the recession in the late 2000s.

The amendment, along with another limiting class size in under-performing schools' Kindergarten - 3rd grade classrooms, failed.

Earlier in the day, Representative Gilda Cobb-Hunter's amendments urging the state to give an additional 2 percent raise to state employees, whom make under $50,000 a year, was also tabled.

"Over the next five years, to keep benefits and pension in place, the average state employee will receive a raise of about a thousand dollars a person," said Representative Kirkman Finlay (R-Richland) in opposition to the amendment.

Finlay also raised doubts about Cobb-Hunter's plan to pay for the raises with money from debt services.

An overall 2 percent raise for all state employees is included in the budget proposal, according to Ways and Means committee documentation.

At around 5:00 in the evening, the Chamber started a two and a half hour debate on using state funding for Planned Parenthood abortions or abortion-related services.

Several Democrats opposed the amendment saying the state already did not allow state funds to go towards abortions or abortion-related services.

"From what I've been told, what I understand, there are indeed dollars going towards abortions in South Carolina," said Representative and amendment sponsor Ashley Trantham (R-Greenville).

"We know the agenda, it's there," Trantham said, pertaining to Planned Parenthood.

Trantham continued that the amendment was simply a written form supporting the Governor's desire to include it in the budget.

The amendment sparked hours of debate on both sides of the aisle for and against abortion rights and access to Planned Parenthood.

The amendment passed and was inserted into the budget.

Overall, House leaders were pleased with the end result.

Lawmakers are expected back at the State House on Wednesday at 10:30 a.m. for a third reading of the budget before it's sent to the Senate.