Police are being trained on the new law that allows gun-owners to openly carry a firearm if they have a concealed weapons permit. 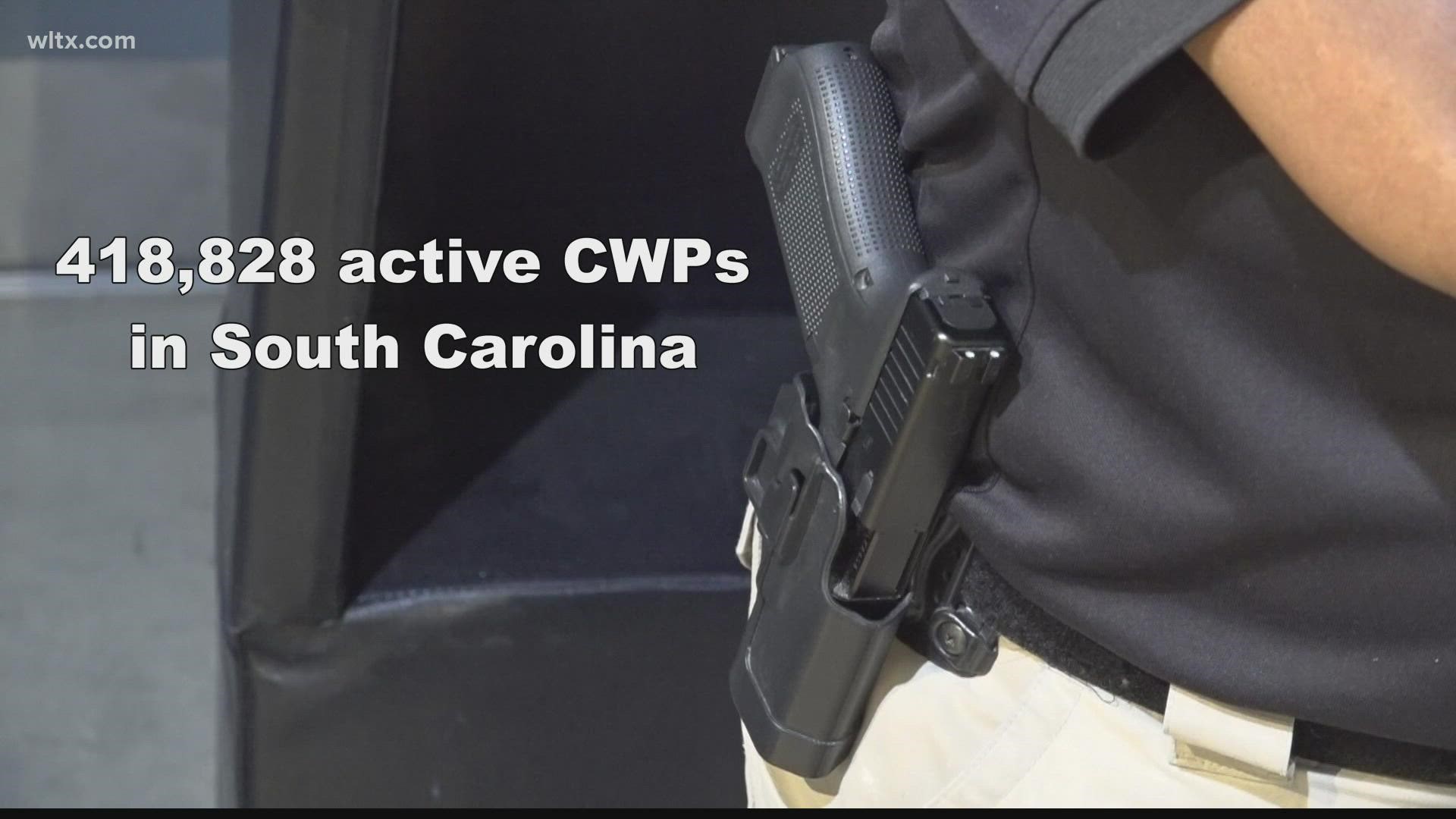 COLUMBIA, S.C. — On August 15, a new law will go into effect allowing South Carolinians with concealed weapons permits (CWP) to openly carry their firearms. Police are preparing for the change.

Every law enforcement officer in the state goes through the South Carolina Criminal Justice Academy. They're now including scenarios in their training that involve citizens openly carrying guns.

“We have integrated into our training program to teach all about it," said the Academy's Director, Jackie Swindler.

"We do scenario-based training our last couple of weeks of training here. So, we've put a lot of scenarios in there as a call where an officer would see someone with a gun and then how do they treat that,” explained Swindler.

Soon, South Carolinians with concealed weapons permits will be allowed to openly carry a gun where permitted. The Academy has been prepping for that not only with trainees, but all officers across the state.

“We created a video and SLED made the video, and they were the actors in it. And in the video, we clearly say what the law says and we gave some examples of what might happen with who you confront," Swindler said.

The law states that someone who is openly carrying does not have to respond to an officer if they ask to see their permit, unless there is probable cause.

Every officer in the state is required to watch the training video on open carry by August 13. Director Swindler said as of Tuesday, about 11,000 out of 17,000 officers have watched it.

Swindler said “the only change now is you could be walking down the street, or somewhere where you legally could have already had it concealed, and wear it on your side like the Wild West."

South Carolinians will still be required to apply for a CWP through SLED and complete at least eight hours of training. The minimum age for concealed and open carry is 21.

While law enforcement trains for safety, Director Swindler implores gun owners to do the same:

“You need to learn how to safely handle a weapon: that would be loading and unloading, certainly have a safe holster that the gun wouldn't fall out when you're moving around or jumping or running." He added that firearms should always be secured in their holsters so it can't be stolen.

According to SLED, there are over 400,000 South Carolinians with concealed weapons permits.