President Trump is set to give the medal on September 11 for 'conspicuous gallantry.' 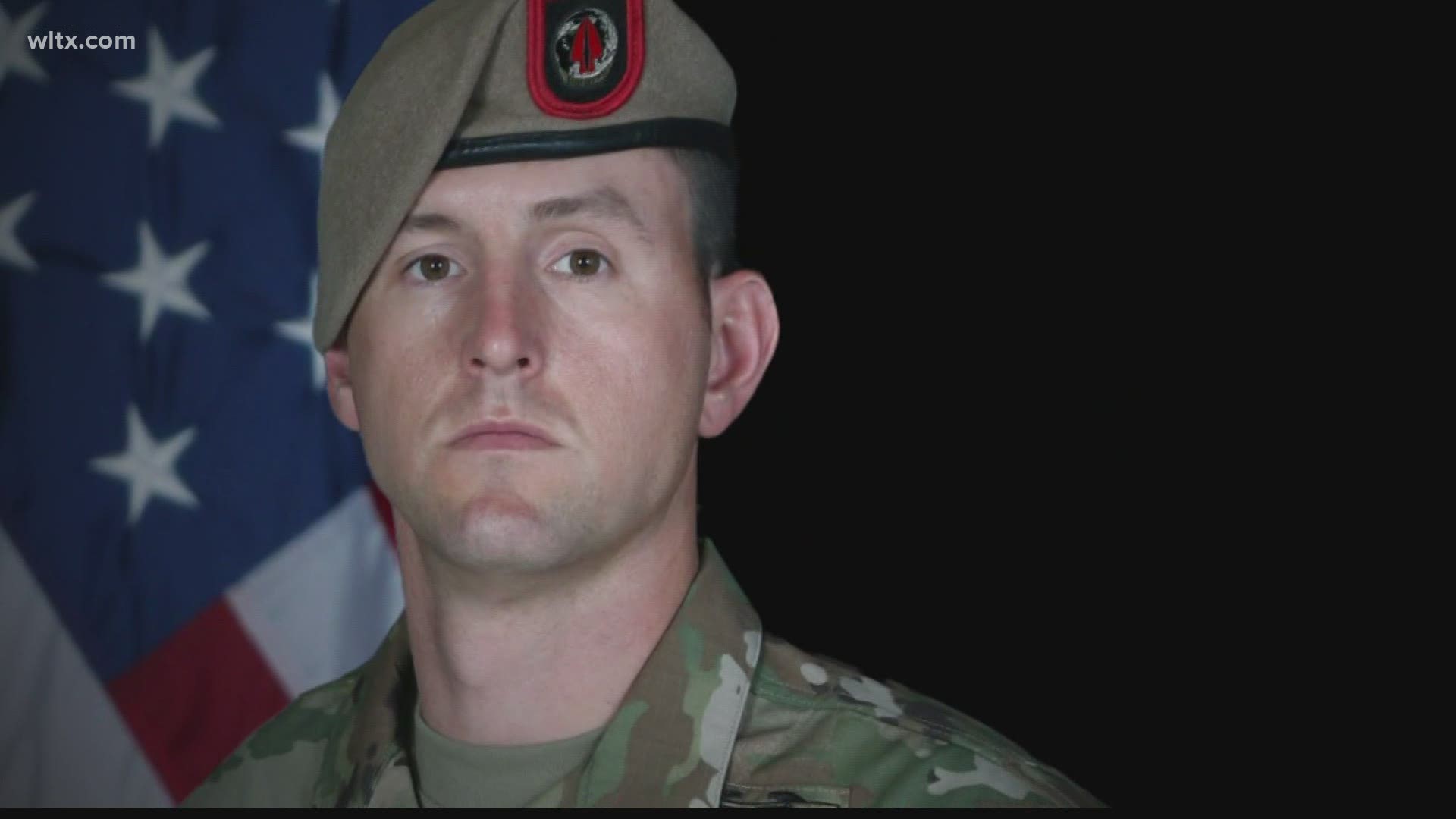 COLUMBIA, S.C. — Sergeant Major Thomas Payne, a South Carolina native, is set to receive the Medal of Honor for actions during a daring 2015 raid where he rescued 70 hostages.

Payne, a Ranger assigned to the U.S. Army's Special Operations Command, will receive the U.S. military's highest honor for valor in combat from President Donald Trump in a White House ceremony set to be held on the 19th anniversary of the Sept. 11, 2001 attacks.

Sgt. Payne grew up in Batesburg-Leesville and Lugoff, SC, what he characterizes as “small-town America.” His connection to his home state is a strong part of his personal identity.

"Sergeant Payne embodies the spirit of military service that has been a part of our state from the beginning. His incredible act of bravery can be described as nothing less than heroic We are proud to call him one our own from South Carolina, and I want to thank President Trump for recognizing him with the Medal of Honor," the tweets read.

We are proud to call him one our own from South Carolina, and I want to thank President Trump for recognizing him with the Medal of Honor. (2/2)

According to a press release from the White House, Sgt. Payne is part of the 9/11 generation and joined the Army out of a sense of patriotism and duty to serve his country.

The medal will honor Payne's actions in a daring predawn raid on Oct. 22, 2015. Seeking to rescue 70 Islamic State hostages, American and Kurdish commandos flew in CH-47 Chinook helicopters to the town of Huwija, located roughly 15 kilometers (9 miles) west of the Iraqi city of Kirkuk.

The Kurdish Regional Government, the autonomous body that governs the Kurdish region of northern Iraq, had received a tip that the 70 prisoners, including peshmerga fighters, as the Kurdish forces are known, would soon be massacred by Islamic State militants. Aerial photos of the compound showed what intelligence officials believed to be freshly dug mass graves where their bodies would be dumped.

The plan called for members of the American unit to support the Kurdish commandos in their operation but not join in on the main effort to rescue the prisoners.

"Time was of the essence," Payne said, according to a news release obtained by the AP and not yet made public. "There were freshly dug graves. If we didn't action this raid, then the hostages were likely to be executed."

The raid began with a failure. Kurdish forces attempted to make a dynamic entry by blasting a hole in the compound's outer wall, but the blast failed. The explosion alerted the ISIS militants, who opened fire on the Kurdish forces.

Payne and his unit climbed over a wall and entered the prison compound. The soldiers quickly cleared one of the two buildings known to house hostages. Once inside the building, the unit encountered enemy resistance. The team used bolt cutters to break the locks off the prison doors, freeing nearly 40 hostages.

Moments later, an urgent call over the radio was received from other task force members engaged in an intense gun fight at the second building.

Between 10 to 20 Army soldiers, including Payne and Master Sgt. Joshua L. Wheeler maneuvered towards the second building that Payne said was a "heavily-fortified building, which was partially on fire." Kurdish commandos were pinned down by the gunfire.

At some point in his attempt to rescue the Kurdish forces, Wheeler was shot and killed. Wheeler was the first American killed in action since the U.S. launched renewed military intervention in Iraq against the Islamic State in 2014. 20 ISIS fighters were also killed in the operation.

The team scaled a ladder onto the roof of the one-story building under a savage fusillade of enemy machine-gun fire from below. From their roof-top vantage point, the commandos engaged the enemy with hand grenades and small arms fire, according to the press release.

Payne said at that point, ISIS fighters began to detonate their suicide vests, causing the roof to shake. The team quickly moved off the roof to an entry point for building two.

ISIS fighters continued to exchange gunfire with the commandos as they entered the building. Payne moved to open another fortified door. According to the press release, he managed to cut the first lock, but due to the heavy smoke from the fire, he had to hand off the bolt cutters to an Iraqi counterpart and retreat out of the building for fresh air.

After some time, the Iraqi partner also came out for fresh air. Payne grabbed the bolt cutters and re-entered the building to cut off the last lock. Once the door was kicked opened, both American and Kurdish commandos escorted about 30 more hostages out of the burning building that was about to collapse and under enemy gunfire.

Payne reentered the building two more times to ensure every hostage was freed. One of those times he had to forcibly remove one of the hostages who had been too frightened to move during the chaotic scene, said Payne in the press release.

Payne joined the Army in 2002 as an infantryman and quickly made his way into the Rangers. He has deployed several times to combat zones as a member of the 75th Ranger Regiment and in various positions with the U.S. Army Special Operations Command.

The Army made a visual depiction of the raid, which can be seen here.

He is a Purple Heart recipient from a wound he sustained in a separate 2010 mission in Afghanistan. And as a sergeant first class in 2012, Payne won the Army's Best Ranger Competition, representing USASOC.

Payne is married with three children and is currently stationed at Fort Bragg, North Carolina. He is from the South Carolina towns of Batesburg-Leesville and Lugoff.

Last week, Defense Secretary Mark Esper endorsed awarding the Medal of Honor to a soldier who sustained fatal burns while acting to save fellow soldiers in Iraq in 2005. Army Sgt. 1st Class Alwyn C. Cashe of Florida previously received the Silver Star for his actions.

To read the full release from the White House, click here.