SC Pride 2021 kicks off with a parade

South Carolina Pride returns for the first time in over a year, celebrating the LGBT community. 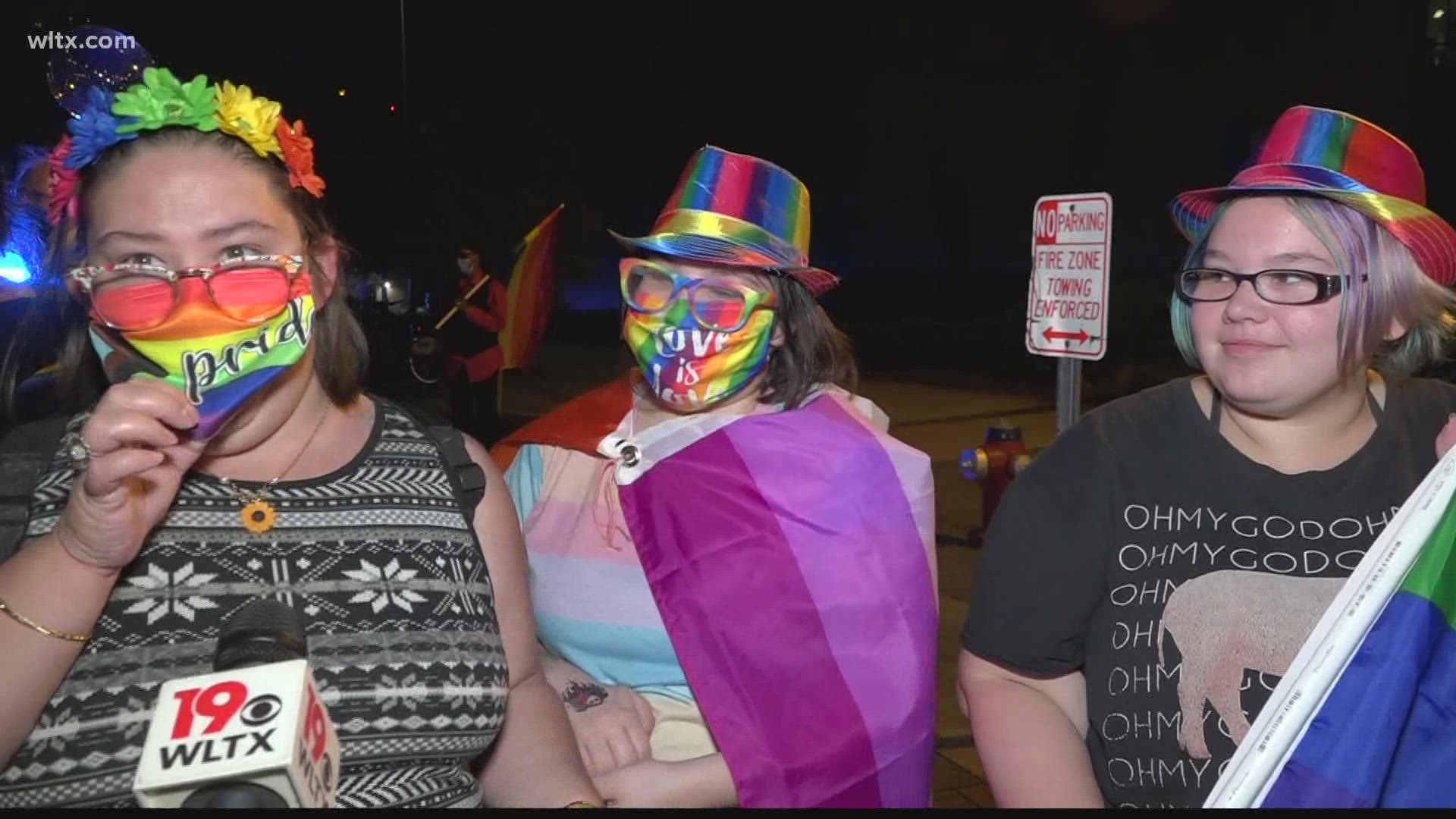 COLUMBIA, S.C. — The South Carolina Pride kicked off  their two day celebration with a  parade.

Last year's celebration was canceled due to COVID-19 but people reunited this year for a celebration of love and acceptance.

“It really means a lot, it’s really a sense of belonging with people who understand what you’ve gone through and feel the same things that you do," said one parade attendee.

RELATED: Hundreds of thousands expected to attend events in Columbia this weekend

Main Street was decked out in rainbow colors with floats as well as music and dancing.  .

The first parade in Columbia was held in 1989 at Billy Dreher Island State Park. This was at a time when gay marriage was illegal and many people wore clown makeup to hide their identities out of fear.

Friday night people gathers at the parade stood in their truth proudly.

“I myself am gay, I’m a lesbian. So is my youngest niece right here. She is also a lesbian. I’ve got two members of my family that are pan," said one parade attendee.

Even though this year's parade looked different because people were wearing masks, they say it didn't make it any less enjoyable.

RELATED: Rounding out Pride Month with 'SC Black Pride in the Park'

“Now we’re out here with a lot of people. Everybody’s masked up, being safe and we get to be involved with the community," said another parade attendee.

The LGBT community came together with its allies to celebrate life and love.

“It feels good. It feels good to support others in our community. For us to come together and support each other.”

The parade ends on Saturday with a festival at the Main Stage on Lady and Main Streets.

Vanilla Ice will be the headlining act at the concert. If you want more information you can go to their website here.