None of the children were hurt, thanks to the fast actions of the bus driver, teachers, and parents. 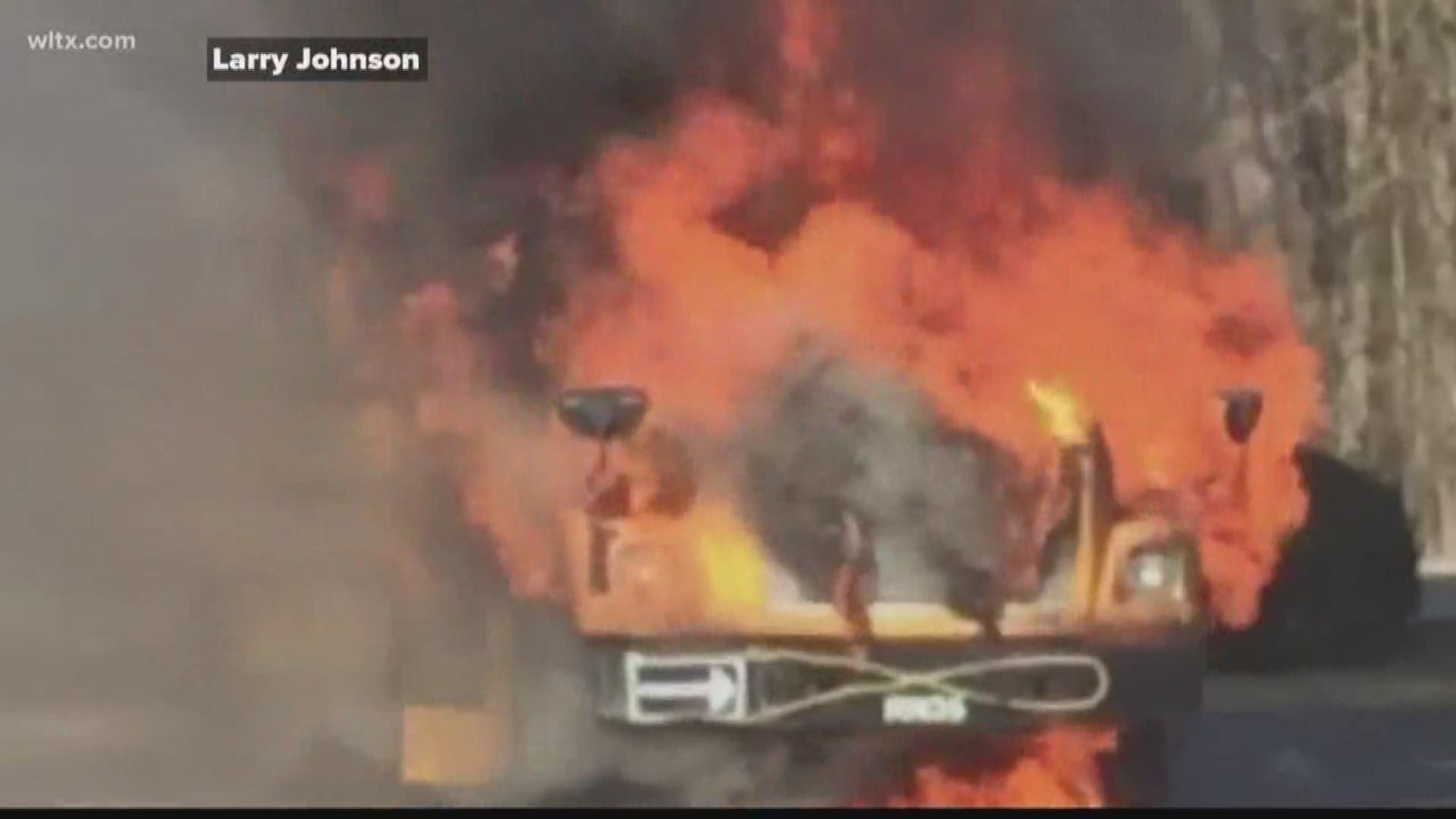 BLYTHEWOOD, S.C. — A bus carrying a group of kindergartners broke down and caught fire Monday, but none of the students aboard were hurt.

A spokesperson for Richland School District Two said the bus was on its way to Blythewood's Camp Discovery for a field trip. At the time of the incident, which was approximately 10 a.m., about 40 kindergartners were aboard.

At some point, however, the bus began experiencing problems, and pulled off at a gas station on Wilson Road. A parent on the field trip posted on Facebook that all the emergency exits were opened, and the bus driver and others on board got everyone got out.

"After we get everybody off the bus the bus driver attempts to go and turn the bus off and after she turned it off there was a loud explosion and it knocked her out the door of the bus," said Larry Johnson, the parent, in a Facebook post. "The bus started smoking really bad then I ran and grabbed her and she couldn't really get up because of how she got thrown out the bus."

A cell phone video he took showed part of what happened next, as much of the front of the bus was engulfed in flames.

The district said there were no injuries reported.

"The kids, bus driver and teachers did great," Johnson said.

A replacement bus was sent to the scene and took everyone on to the field trip.