The justices issued their unanimous ruling late Wednesday on the Heritage Act, which has been state law for 21 years. 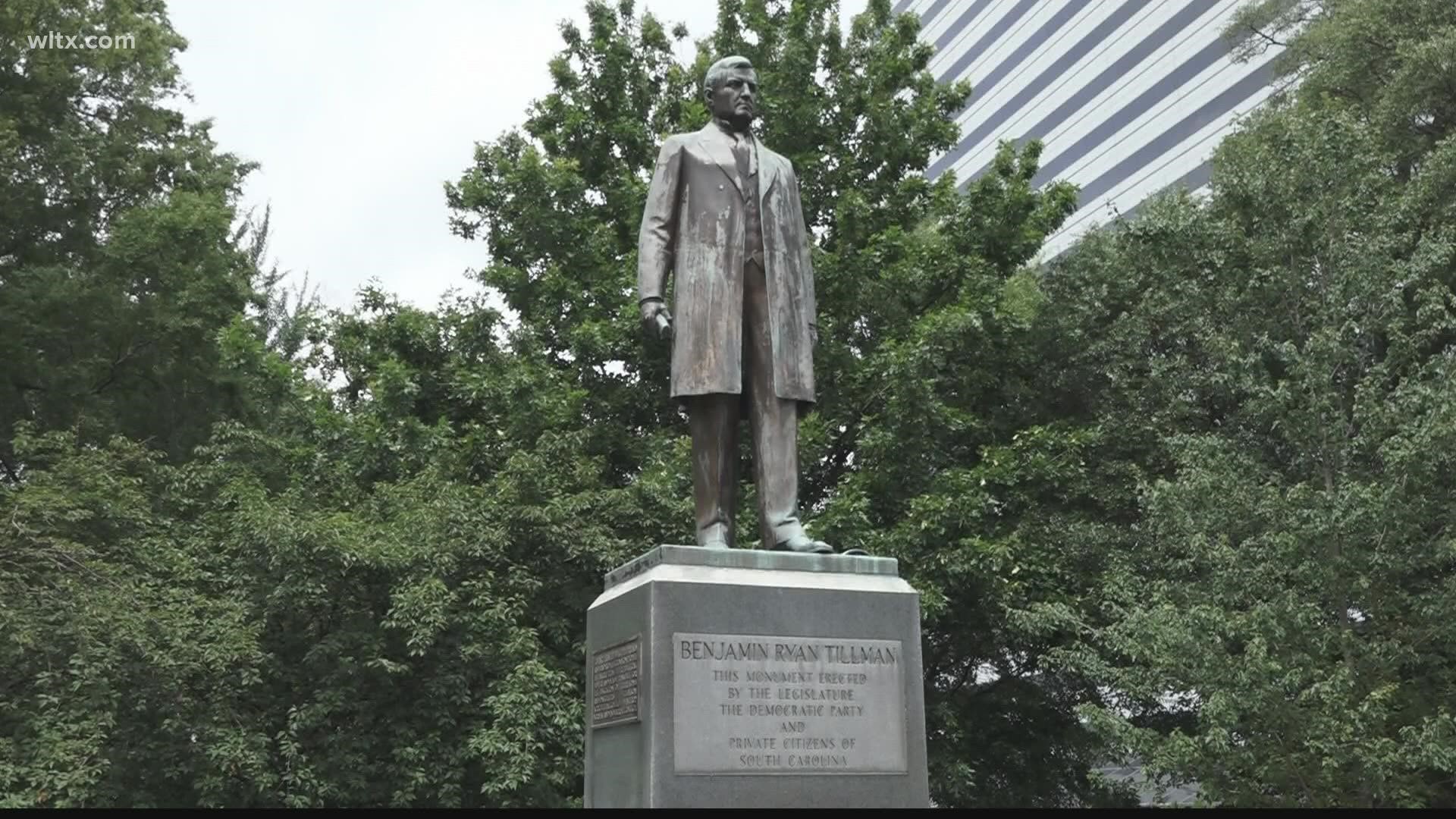 COLUMBIA, S.C. — The South Carolina Supreme Court says a law governing the removal of state monuments is legal, but struck down a portion of it that made it nearly impossible to take down statues or rename buildings.

The justices issued their unanimous ruling late Wednesday on the Heritage Act, which has been state law for 21 years. The law has prevented colleges from renaming buildings that honored controversial figures and towns from taking down monuments to Confederates.

The act went into effect on July 1, 2000 and was part of a compromise to take the Confederate flag off the State House dome and move to a location in front of the capitol complex.  It says only the General Assembly can remove a historical monument or statue or rename it. However, it requires a two-thirds supermajority for any such action to take place.

The last time the Heritage Act was successfully used was in 2015, when the Confederate battle flag was taken away from the monument in front of the state capitol building and moved to a museum. That vote came just weeks after the Charleston church massacre, where a white supremacist killed nine black people at Mother Emanuel AME Church. Pictures online showed the killer holding a Confederate flag in the weeks before the shootings. After much debate, a two-thirds majority was successfully reached in both the House and Senate.

In their opinion, the court said the law itself is not unconstitutional because allowing the legislature to decide on monuments doesn't contradict any other state laws. The plaintiffs--one of whom was the widow of the pastor killed at Mother Emanuel--had argued that it did, feeling that it restricted a city or other government body from deciding for themselves a monument's suitability.

The court did decide that the supermajority rule, however, unconstitutionally restricts the General Assembly's legislative power. The justices said that high threshold makes it unlikely would even try to repeal or amend the Heritage Act itself, or remove a monument. The court said in all other legislation, only a simple majority is needed to amend or repeal it.

The decision now means that a simple majority will be needed going forward on these matters. In the wake of the George Floyd police killing in Minnesota in 2020, there were calls to rename buildings on several college campuses, including the University of South Carolina and Clemson, and take down other statues.

It remains to be seen if those colleges might now ask the General Assembly to consider those renamings.