SC teen boys accused of breaking into girl's bedroom, pointing gun at her

One of the suspects pointed a gun to her face and gave her a note that read, 'don't move or I'll kill you,' deputies say. 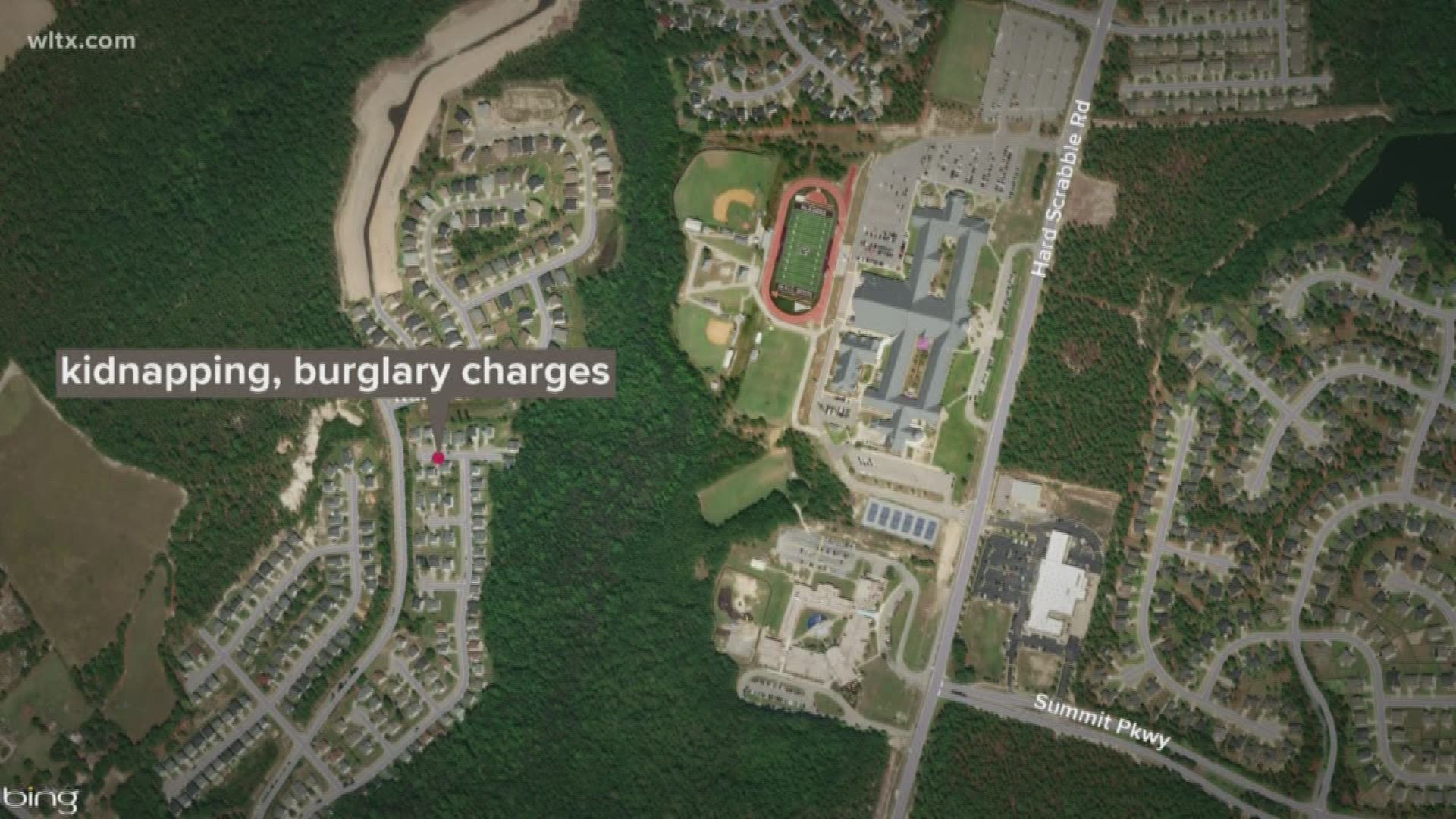 COLUMBIA, S.C. — Two teenage boys are accused of breaking into a girl's home while she was sleeping and pointing a gun at her in her own bedroom.

The 14-year-old and 15-year-old suspects are facing multiple charges, including armed robbery, kidnapping, first-degree burglary, possession of a weapon during a violent crime, and petit larceny.

The incident happened around 9:45 a.m. Wednesday at a home on Wild Indigo Court in northeast Richland County.  Officers say they got a report of a burglary at a home, and responded and got information from the victim.

The teenage girl says she was sleeping when she heard a noise coming from outside of her room. When the door to her room opened, the 14-year-old pointed a pistol in her face. She said he handed her a note that read, "don't move or I'll kill you." She said she heard the 15-year-old suspect rummaging through the other bedrooms.

Surveillance video showed part of what happened. Officers say the boys were wearing backpacks and gloves, and forced their way into a back window.

K9 deputies were deployed and a foot search was initiated, leading to the temporary lockdown of Ridge View High School. The 14-year-old was detained by two RCSD school resource officers, who were on high alert because of the nature of the situation. The 15-year-old turned himself into RCSD headquarters later in the day.

Both teens are being charged as juveniles, which is why their names are being withheld.