SC teen pleads guilty to the deadly school shooting of 2016 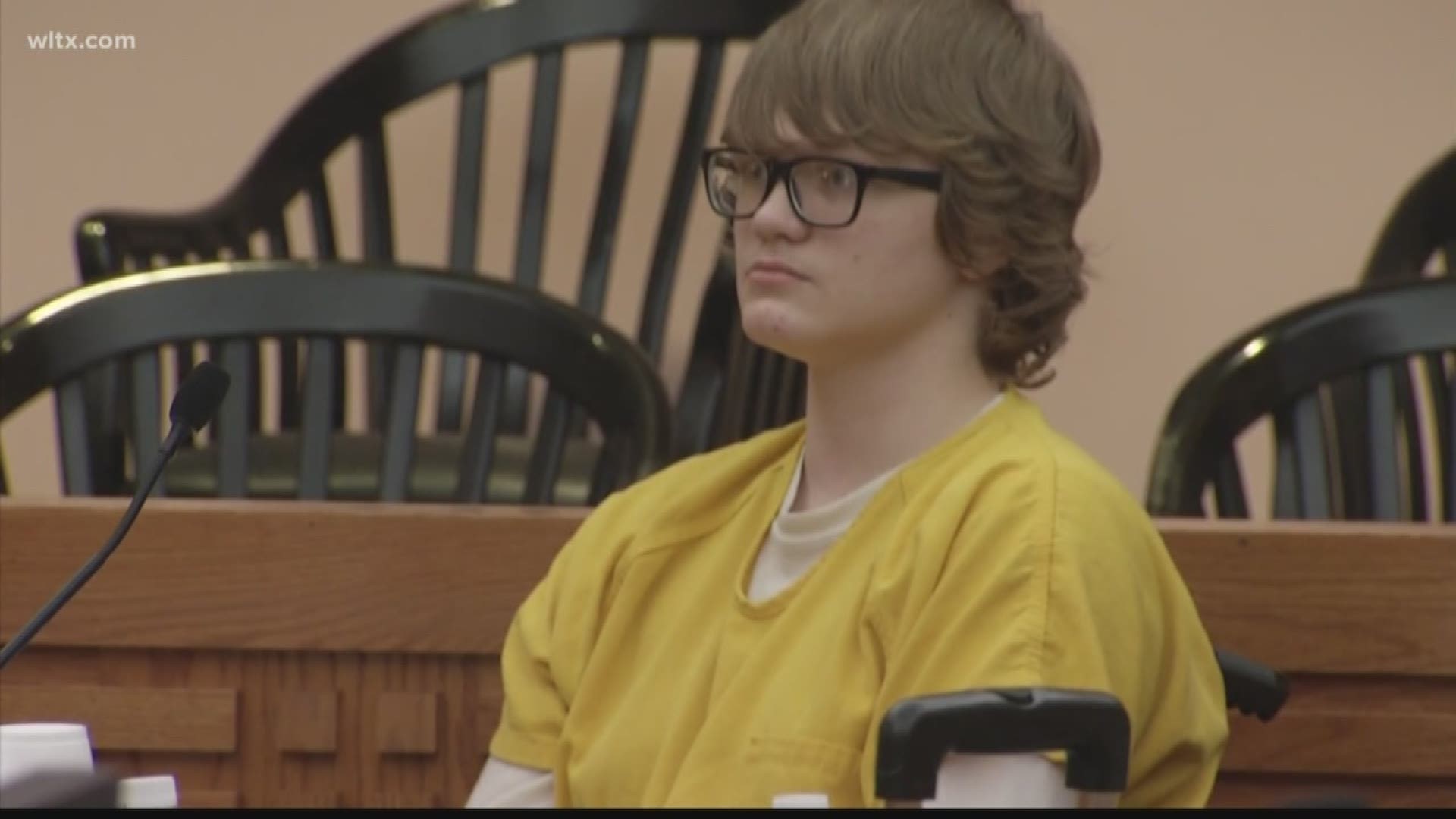 Anderson, SC (Independent Mail) - Jesse Osborne, the teenager accused in the September 2016 shooting at Townville Elementary School, pleaded guilty to five charges during a hearing on Wednesday in Anderson.

The Independent Mail has a reporter and photographer inside the Anderson County Courthouse. Check back and refresh this page for more on this developing story.

Jesse Osborne, now 16, had turned 14 a few weeks before the shooting, and photos taken inside the Osborne home offer a glimpse of what once was Jesse's teenage existence. His bedroom contained electronics, multiple gaming systems and dozens of video games, including multiple versions of the game "Call of Duty." Assistant Solicitor Catherine Huey, one of the prosecutors connected to this case, would later say Osborne had "lots of shooting games."

Family Court Judge Edgar Long determined last February that Jesse Osborne should be legally tried as an adult, weighing things such as the violence of the alleged offenses, Osborne's maturity and whether the teen posed a community threat. At an arraignment in September, the teen, through his lawyer, pleaded not guilty to murder charges and others leveled against him.

At all of his court appearances thus far, Osborne has not yet spoken about the day that changed Townville from a rural community known for its tractor festival to a town that is part of a national conversation on school shootings. It's unknown whether Osborne will speak in court Wednesday.

"I'm hopeful that we can work with the solicitor's office in the coming months to bring this to a conclusion that takes into account the community and the families that have lost so much, including my client's family," Eppes said. "Obviously, my primary goal is to achieve the best outcome for Jesse Osborne."

David Wagner, the 10th Judicial Circuit solicitor who is prosecuting the case, has declined to comment on what will happen during the hearing, saying that he cannot discuss it "due to the laws governing criminal matters."

Records and testimony presented in the teen's waiver hearing in February showed that Osborne had plotted the Townville school shooting for months and had refined his plan in the days prior to the shooting. Instagram messages from an account attributed to the teen show he had studied law-enforcement response times and that he told those he was messaging he would drive to a school "four minutes away" from his home.

Osborne, who met with investigators alone after the shootings, confessed to them.

Eppes unsuccessfully tried to get that confession thrown out of court earlier this year. Eppes said the teen's mother, Tiffney, and attorney Rame Campbell were outside nearby before Osborne confessed.

The video footage of Jesse Osborne's confession was played in court in February.

The teen shot his father three times in their Townville home, then put on a vest he wore when playing with AirSoft guns, he said during his interview. Then he "hugged all the animals" before leaving his house in his father's truck to drive to the school, he said.

The teen told FBI Special Agent Aleta Bollinger and Tracy Call, an investigator at the Anderson County Sheriff's Office, that he used his father's gun while firing on the playground.

He said he would have killed more at the school but the gun jammed.

Jacob's parents, Renae and Rodger Hall, are expected to be at Wednesday's hearing, according to Tom Dunaway, one of the Anderson attorneys who represent the boy's estate in a lawsuit filed over the shooting.

Renae Hall has had an especially troubled time since her son's death and has been arrested multiple times in the last two years. She has multiple pending drug charges against her, including one from less than a month ago, according to court records.

Because of Long's determination earlier this year that Osborne should be treated as an adult, the teen faces much stiffer penalties if convicted than he would have if this case had remained a matter for Family Court. If Osborne had been legally treated as a child, the teen could have faced a punishment that would have him allowed him to be released from prison after he turned 21. Being treated as an adult, Osborne could face 30 years to life in prison if he is convicted.