The company announced Tuesday that Marsh and Senior Vice-President and Chief Operating Officer Stephen Byrne  will both step down. 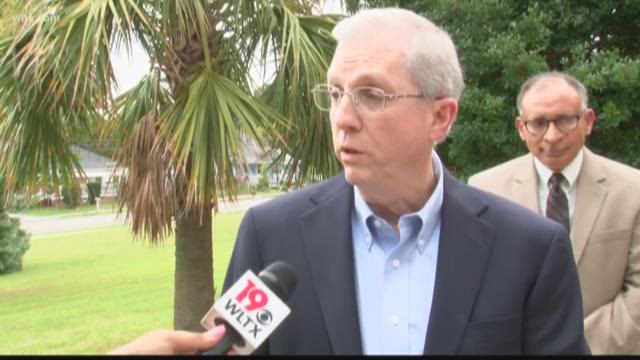 The company announced Tuesday that Marsh and Senior Vice-President and Chief Operating Officer Stephen Byrne will both step down.

SCANA is the parent of SCE&G.

Jimmy Addision will be the new CEO of SCANA, while Keller Kissam will be the President and Chief Operating Officer of SCE&G. Maybank Hagood will be come the non-executive chairman of the board of directors.

“It has been an honor to serve as Chairman and Chief Executive Officer of SCANA for the past six years,
and to have worked for the company since 1984. The ranks of SCANA and its subsidiaries are filled with
dedicated employees and they will be in good hands under the leadership of Maybank Hagood as
Chairman and Jimmy Addison as CEO,” Marsh said.

“I appreciate the confidence the Board of Directors has placed in me during this challenging time for the
company. I understand that we continue to have some difficult issues to address, but I am also excited
by the opportunity to return our focus to our core businesses to provide safe, reliable energy for our
customers, and economic development opportunities for the areas our subsidiaries serve,” Addison said.
“Keller Kissam has the respect of the South Carolina community, and is perfectly suited to assume the
expanded role as SCE&G’s President and Chief Operating Officer.”

Back in July, SCE&G and Santee Cooper announced that they were abandoning a multi-year, multi-billion dollar project to build two new nuclear reactors at VC Summer in Fairfield County. The move cost 5,600 people their jobs.

SCE&G has said that continuing the project, which was overbudget and off-schedule, would have cost the company--and ultimately customers--a lot more money in the long-run.

However, under a law passed in 2007, SCE&G had already been collecting money from customers before the project was built, meaning people had paid almost $2 billion in fees, even though it wasn't complete.

SCE&G has blamed much of failure on Westinghouse, the company contracted to build the reactors. Westinghouse has since declared bankruptcy, and its parent company, Toshiba, reached a $2.2 billion settlement with SCE&G and Santee Cooper over the construction.

News that the project wouldn't be completed angered some state lawmakers, who have vowed to find a way to force the company to either pay back customers or complete the project. Gov. Henry McMaster had sent a letter to Marsh earlier this month asking him the company to immediately cease collecting the $37 million a month it takes in from customers to pay for the work.

McMaster also has been seeking potential buyers to purchase Santee Cooper, which is state-owned, in an effort to restart the project.

"While this decision indicates that SCANA is beginning to fully understand the devastating consequences of abandoning the VC Summer project, any effort to regain the public's trust starts with no longer charging ratepayers for this failed project, and refunding them the money they've already paid for it," McMaster said upon learning of the retirements.

Both the House and Senate have had multiple hearings on the matter, and U.S. Security and Exchange Commission is also investigating.

The news from SCANA follows the early departure of Santee Cooper CEO Lonnie Cooper, who announced he was retiring during the summer.