South Carolina Department of Employment and Workforce says a lot of claims have to do with employers not having supplies/good for workers to finish their jobs. 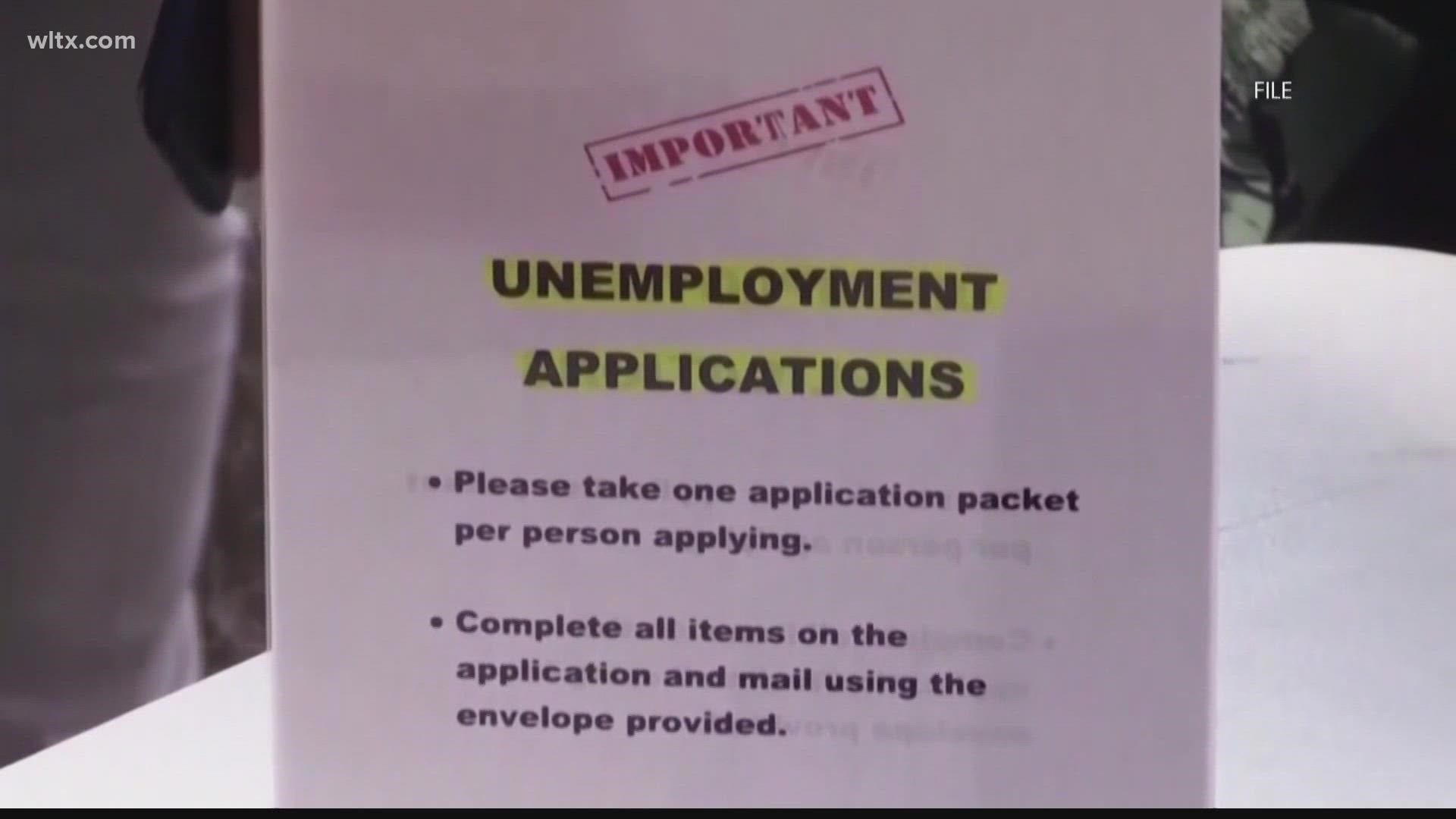 Last week, the state saw a slight uptick in claims, but the organization said it's not because people are getting let go from their positions.

The state has seen a steady decrease in claims in the past few weeks.

According to the initial claims, landscaping and garden equipment manufacturing was the top industry affected, followed by automobile manufacturing.

DEW said the uptick in claims were partially caused by employers filing claims for employees who have been temporarily laid off, but not permanently displaced.

"The supplies that they would normally need to complete their jobs, they're not able to get those supplies," said Calvin Wright, Executive Director of OCAB Community Action Agency. "So subsequently they have had to lay off workers until those supplies are available to them. Some people who have been laid off or furloughed during the pandemic had a chance to re-examine where they are, what they need to do to make themselves more productive and they’re trying to do that.”

Wright said the shortage in supply is due to the pandemic.

Without supplies coming into the factory, employers are not able to manufacture goods.

OCAB is a non-profit who helps those unemployed in Orangeburg, Calhoun, Allendale, and Bamberg County. The agency also works to eliminate poverty for residents.

"Jobs being proposed, it's just a matter of will we be able to entice workers to accept those positions as they become available," Wright said.

If you are in need of a job, you are encouraged to go to jobs.scworks.org.