"Kill it immediately." Officials warn South Carolina anglers of invasive fish that can survive on land

It is believed the fish could establish in South Carolina waters, since they have survived in surrounding states. 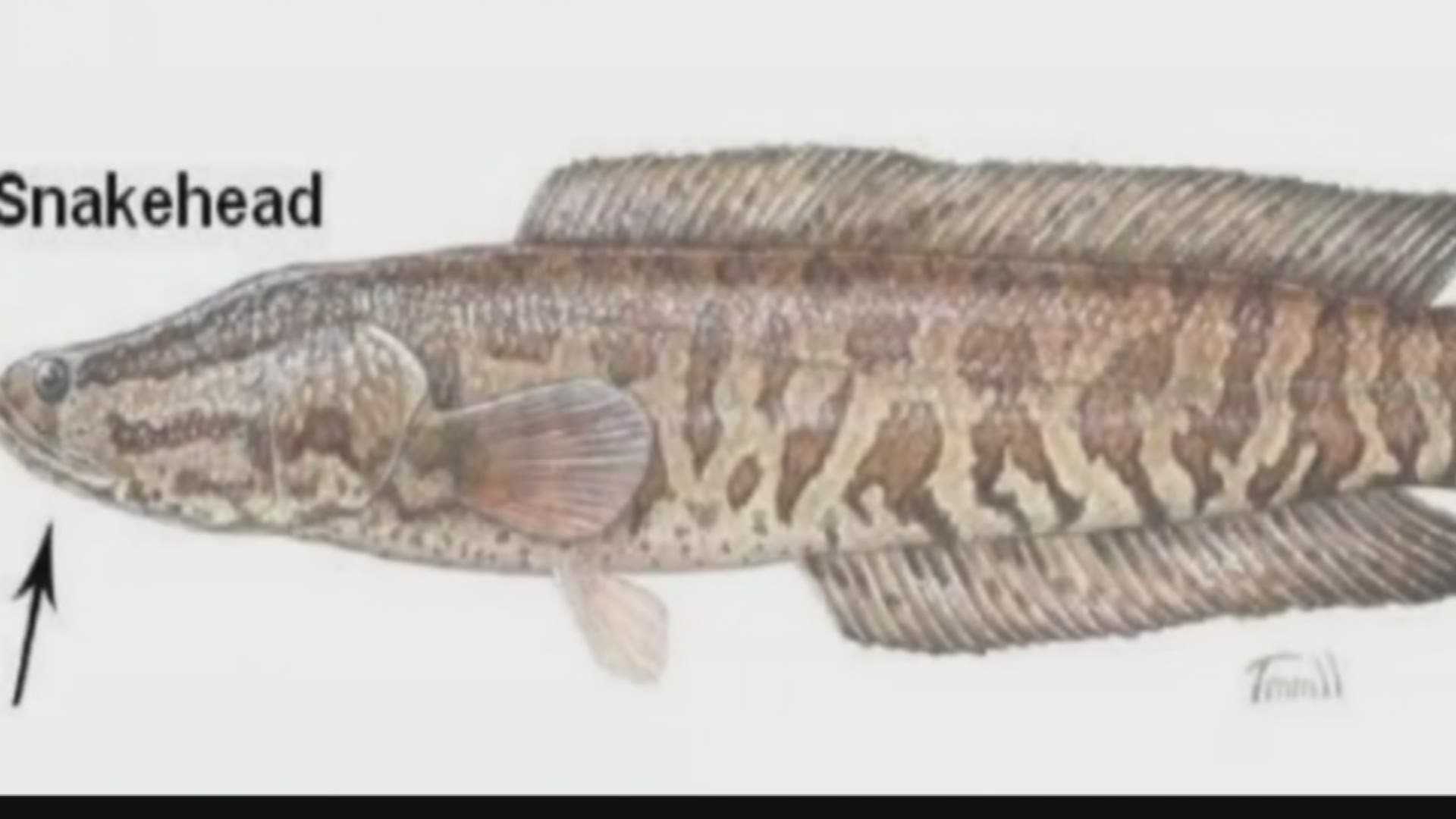 COLUMBIA, S.C. — "Kill it immediately." That's what officials with the South Carolina Department of Natural Resources (SCDNR) are asking anglers to do if the invasive Northern snakehead fish is caught in the Palmetto State. "Anglers should kill it immediately and, by all means, NOT release it back into the water."

In early October, a Georgia angler reported catching a Northern snakehead, an aquatic invasive species, in a pond located on private property in Gwinnett County, Ga. This is the first time the Northern snakehead has been confirmed in Georgia waters. In the Southeast, Northern snakeheads have also been found in North Carolina and Florida.

Snakeheads, a native of Asia, have been reported in 14 states in the United States. The snakehead is a long, thin fish, similar in appearance to the native bowfin. They can get up to three feet in length. They have a long dorsal fin that runs along their whole back, and have a dark brown blotchy appearance. They can breathe air, and can survive in low oxygenated systems. The snakehead is a top-level predator fish, and its introduction poses a substantial threat to native fish populations.

The Northern snakehead is a predatory species and is mainly piscivorous as an adult. They could impact native species where introduced. This species can reach a size of 33 inches and prefers slow to stagnant waters. It can survive oxygen-depleted waters since it is an obligate air breather.

It is believed they could establish in South Carolina waters, since they have survived in states to the north and south of the Palmetto State.

If you believe you have caught a Northern snakehead:

Invasive species are often introduced through unauthorized release. Non-native invasive species such as the Northern snakehead have the potential to impact native species by competing for food and habitat. In South Carolina, it is unlawful to import, transport, sell, transfer, or possess any species of snakehead fish without a valid wild animal license.

For more information about the Northern snakehead, or other aquatic nuisance species, CLICK HERE.