SCDOT worker killed in crash on the way to worksite

Two other SCDOT employees were also injured in the crash. 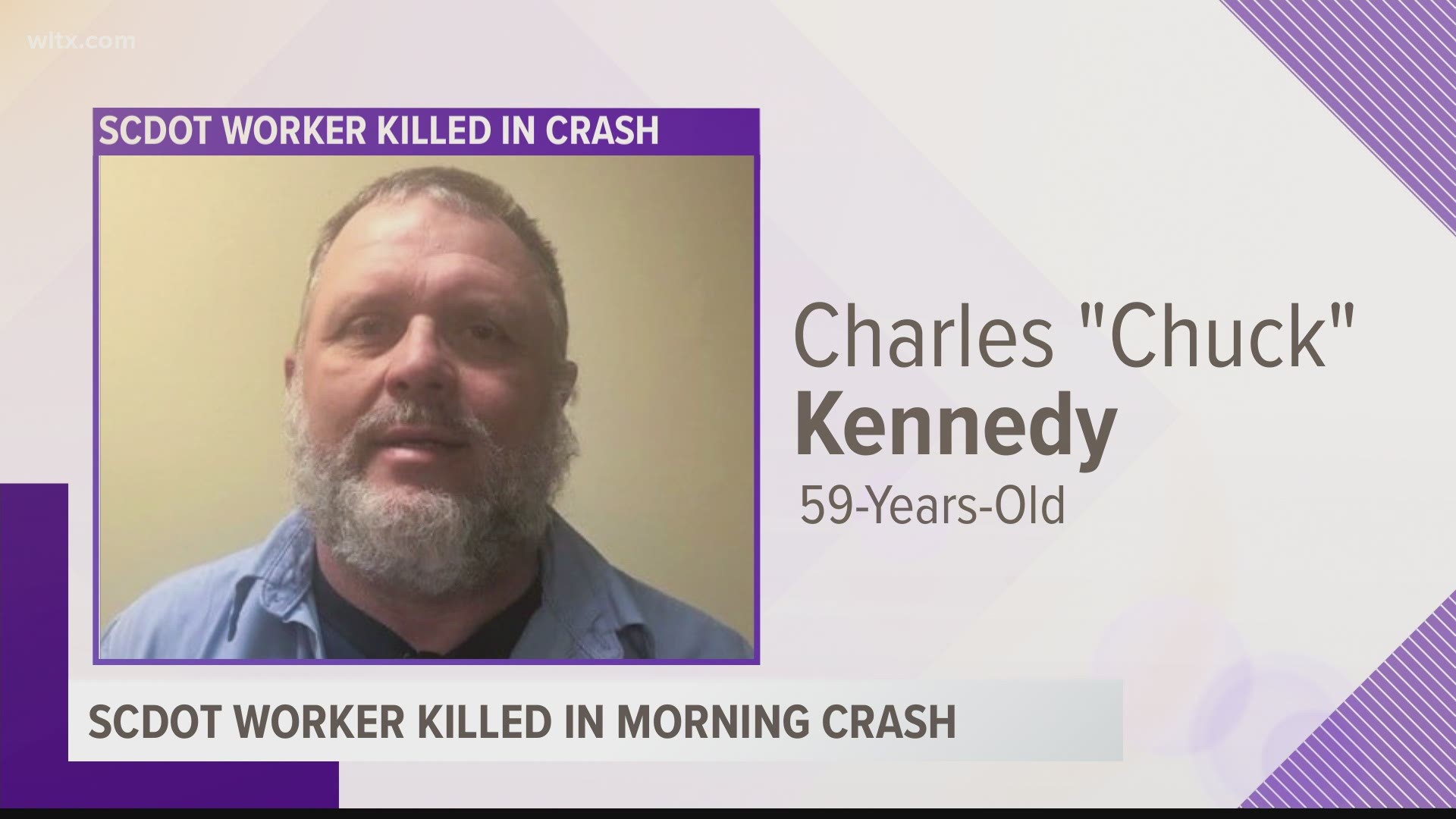 Two other SCDOT employees were injured in the crash and taken to a local hospital. The group was on their way to a work site.

According to a post on Facebook, Kennedy began working at the agency in February of 2020. Kennedy leaves behind his wife Mary, a son, a daughter and his grandchildren. The post describes him as an avid fisherman, a racing fan and having a great sense of humor.

SCDOT Secretary Christy Hall issued a statement saying, "Our hearts are broken again as we suffer through another death of an SCDOT Team member and two more who were injured. Our hearts go out to the families. They can be sure that SCDOT will support them in any way possible. The SCDOT Team will be praying for the victims and families of this crash. We would ask the public to take a moment to remember them, especially Chuck Kennedy and his family."