A local Christian non-profit is selling these familiar looking street signs to churches. 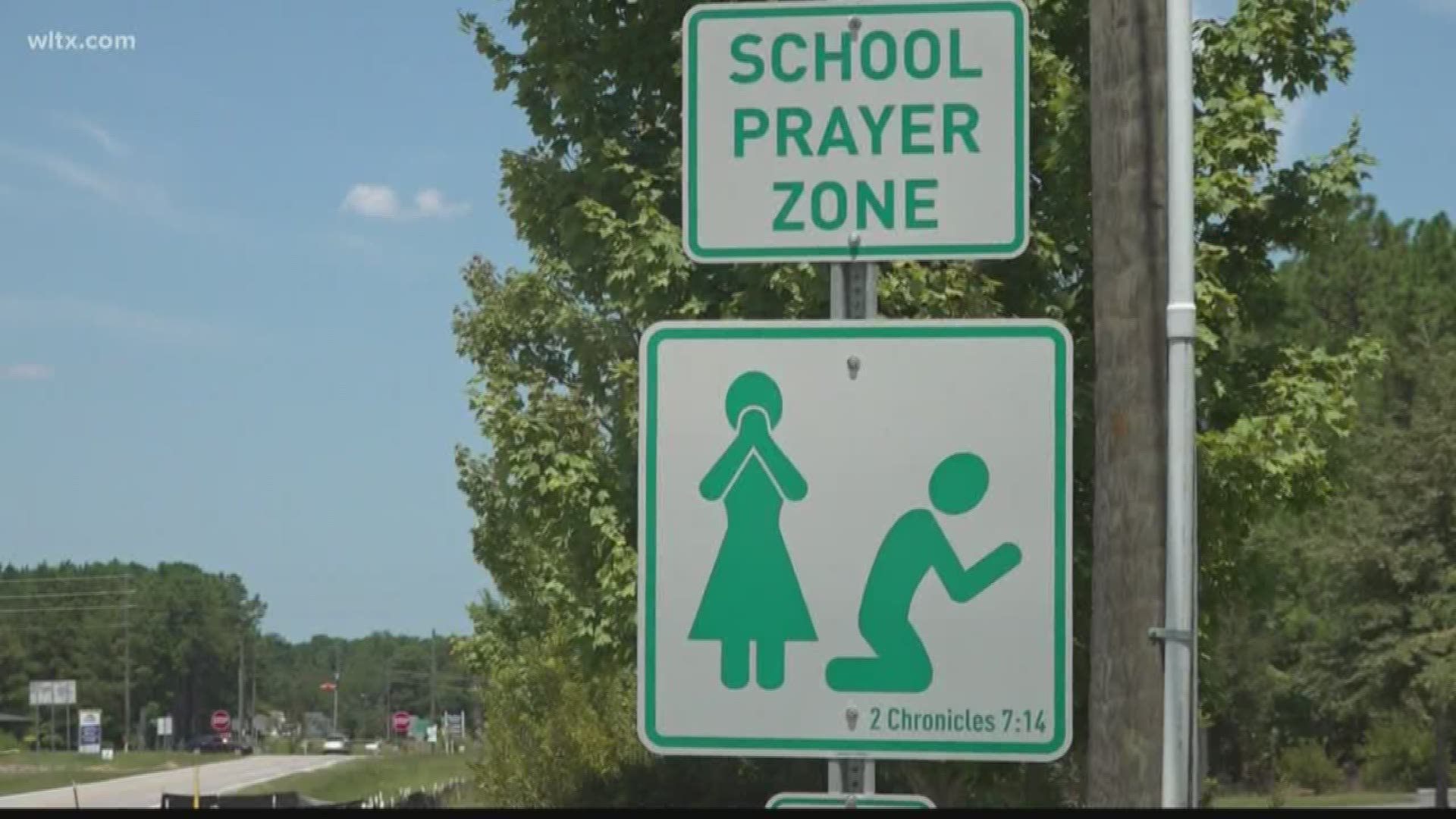 BLYTHEWOOD, S.C. — 'School Prayer Zone' signs have been placed near schools in Columbia by a non-profit.

These 'School Prayer Zone' signs have been popping up in the Midlands, sparking response from the South Carolina Department of Transportation as well as Midlands residents.

After word of these signs circulated, SCDOT issued a statement.

In the statement, SC Secretary of transportation Christy Hall said, “The agency advised the group that the signs could not be placed on the public rights-of-way, nor could the design of the signs appear to be a traditional road sign in shape, color or otherwise in order to avoid confusing motorists. These signs are privately funded and placed on private property.”

The non-profit group that is producing these signs is called Christ Teens with Disciples in Education and sells the signs to churches for $714.

We tweeted asking our viewers thoughts on these signs and here are some of the responses we received:

Joe Darby (@josephdarby) replied: "Thou shalt not be obnoxious and “in your face” - that’s not Christian."

Kat Truax (@kat_truax) wrote: "I think it's a waste of private money, but as long as the school, teachers, and admin don't pushing their religion onto my kids it is fine. I certainly hope "prayer zones" aren't "Christian only" prayer zones."

Robert D. Miller (@JDMiller2010) replied: "I can't imagine having strong feelings about it one way or the other. I certainly can't imagine being mad about people praying."

What are your thoughts? Tweet us @WLTX what you think about these signs.