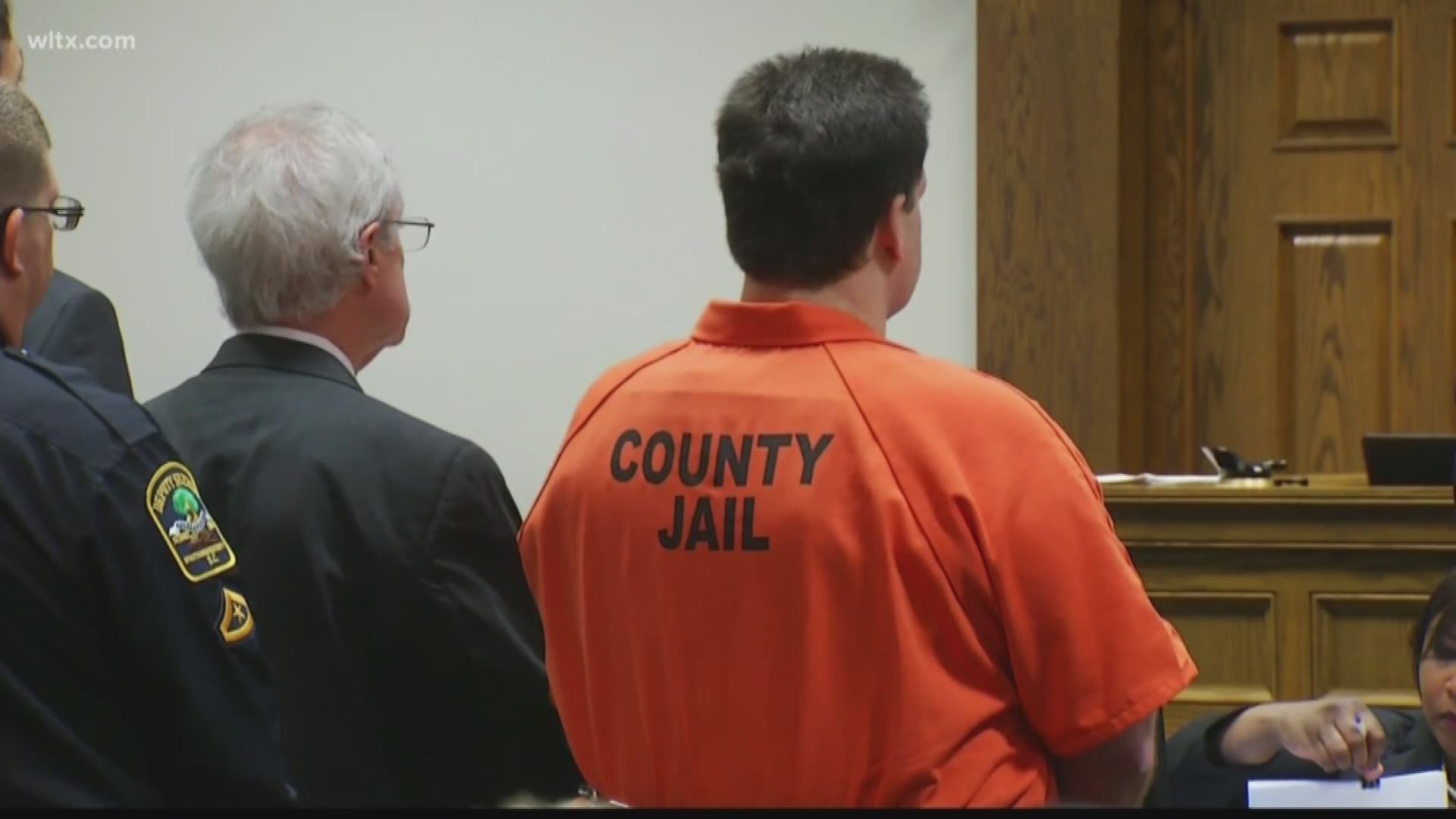 Wright said investigators are in the process of bringing Kohlhepp from prison to Spartanburg County to lead detectives to the locations of his additional victims. He is being held at Broad River Correctional Facility in Columbia serving seven consecutive life sentences after he was convicted in May 2017.

Arrangements for a search and for transporting Kohlhepp from Columbia to Spartanburg have not yet been made.

"We haven’t been able to confirm anything he’s claimed yet," Wright said. "It's not to say that the details are not sketchy because it's been so long, but we're obligated to go check."

Wright is unsure who the supposed additional victims are or exactly where they are, he said.

"We're trying to get a game plan together to find out exactly where and what to do. Investigators have been talking to him," Wright said. "We're not going to try to keep that quiet. We’re going to go search."

Kohlhepp was arrested Nov. 3, 2016, after missing woman Kala Brown, of Anderson, was found chained up on his 96-acre property in Woodruff. She had been missing for about two months.

After his arrest, investigators found the bodies of Charlie David Carver, Brown's boyfriend, along with Spartanburg couple Johnny and Meagan Coxie. The three were buried in shallow graves within his fenced-in property.

While in custody, Kohlhepp also confessed to being the sole shooter in the quadruple homicide at Superbike Motorsports in Chesnee in 2003. On Nov. 6, 2003, the bodies of Brian Lucas, Scott Ponder, Beverly Guy and Chris Sherbert were found dead from gunshot wounds.

"We’ve all said that we’ve expected there are more, I just figured it would be a few more years," Chuck Carver said.

He said the family is preparing to remember the two-year anniversary of when Brown and Charlie Carver went missing on Aug. 31. He said he's not sure if Kohlhepp decided to disclose more information because of that timing or for another reason.

"I just hope that if there are other victims, that he will keep giving them information and close some of these cases for other people," Chuck Carver said. "It's one of those things where you just kind of scratch your head and say, 'What are you thinking here?'"

Tom Lucas and Lorraine Lucas said Tuesday they were "mind-boggled" over who the victims may be. They are the parents of Brian Lucas, one of Kohlhepp's victims, and had built a network of families who had unsolved homicides and missing person cases during their 13-year search for answers over their own son's killing.

"I’ve been sending (Kohlhepp) messages myself to tell Todd I’d love to come in and talk to him," said Tom Lucas. "If I can get him to give up one victim, it would be all worth it."

Tom Lucas said he has not yet gotten a response from Kohlhepp.

Kohlhepp's last visit to the Upstate was July 11 when he appeared in a courtroom with Kala Brown during a damages hearing in a personal injury lawsuit against him.

According to Alex Stalvey, Brown's attorney, Brown is seeking more than $360 million in actual and punitive damages.

Other wrongful death complaints against Kohlhepp are still pending.

Court records show a hearing will be held at the Spartanburg County courthouse on Friday for a motion to sell Kohlhepp's Woodruff property on Wofford Road. The motion was made on behalf of Reid Sherard, Kohlhepp's court-appointed receiver. The sale of his property will help the courts determine the value of Kohlhepp's assets to be used for the various civil suits.