Serve and Connect talks about community and law enforcement coming together

The non-profit believes it's important to build a foundation of trust and mutual respect to move forward together. 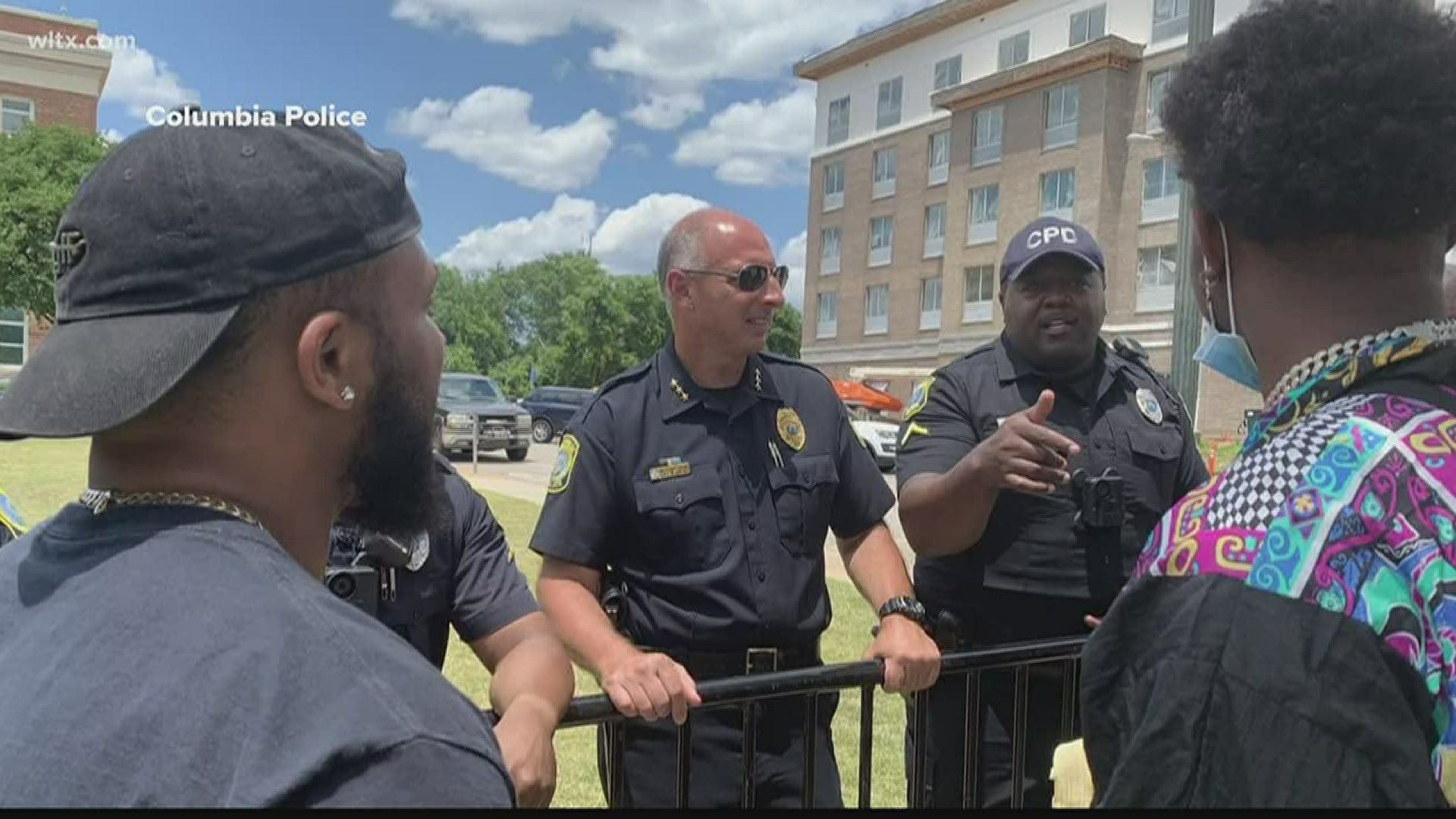 COLUMBIA, S.C. — One Columbia non-profit who focuses on building relationships between community and law enforcement gave their thoughts on how everyone can come together to make a difference.

Kassy Alia Ray, the founder and CEO of Serve and Connect, says her heart is heavy with what happened to George Floyd and with everything going on in our country right now.

"Police officers are sworn to take an oath to serve and protect and the four Minneapolis police officers did not uphold that oath," said Alia Ray.

Alia Ray says she understands the rage and anger from the situation.

"I understand that this pain exists within a broader context where, especially black and brown communities are not feeling heard," explained Alia Ray. "They are not feeling that their lives matter as much to the rest of the country and that's been for generations and really deep rooted in a generational history of racism."

Her non-profit focuses on building relationships with community members and those in law enforcement.

She says the issues we're facing today have been around for a long time.

"No one person or group can address that alone. In order to change the policies, the practices, the behaviors of systems that are involved in making that happen, it's going to take all of us standing together."

Serve and Connect believes it's important to build a foundation of trust and mutual respect to move forward together.

The non-profit says they're speeding up timelines for actions including expanding support for effective community policing initiatives like Greg's Groceries. With Greg's Groceries, police officers are able to bring boxes of food to those in the community to help build relationships.

They've also partnered with the South Carolina Collaborative for Race and Reconciliation.

Alia Ray believes everyone can come together to help move forward.

"I think locally, it's also going to be a part of really listening. While I think departments can look at their own scope, it's also partly hearing what the community is really concerned about and seeing what is possible to make happen, what are some of the immediate changes that can take place and what are other things that may take longer that we can work together towards."

"Many of the officers who are out there at these rallies are dear friends of mine. I've seen many of them in spaces where they have lept into really difficult conversations because they are committed to change. I'm confident as we move forward from this phase that we'll be able to help grow that good and really make some positive change and invite more people into the movement."

Alia Ray says she's encouraged with the South Carolina law enforcement and community leadership we do have. She believes people are already working together to make change happen.

"We know the spirit of Columbia and we know the spirit of our state. This is a community that has come together in such difficult times before and shined brightly. We can do that again. We just have to remember we're all in this together. That we do care, that people are able to make progress and healing happen and just not to lose that hope."

RELATED: Civil rights activist compares today's protests to ones held in the 1960's