During the harrowing evacuations over the summer, Shaw Air Force Base helped coordinate the effort to lead thousands to safety. 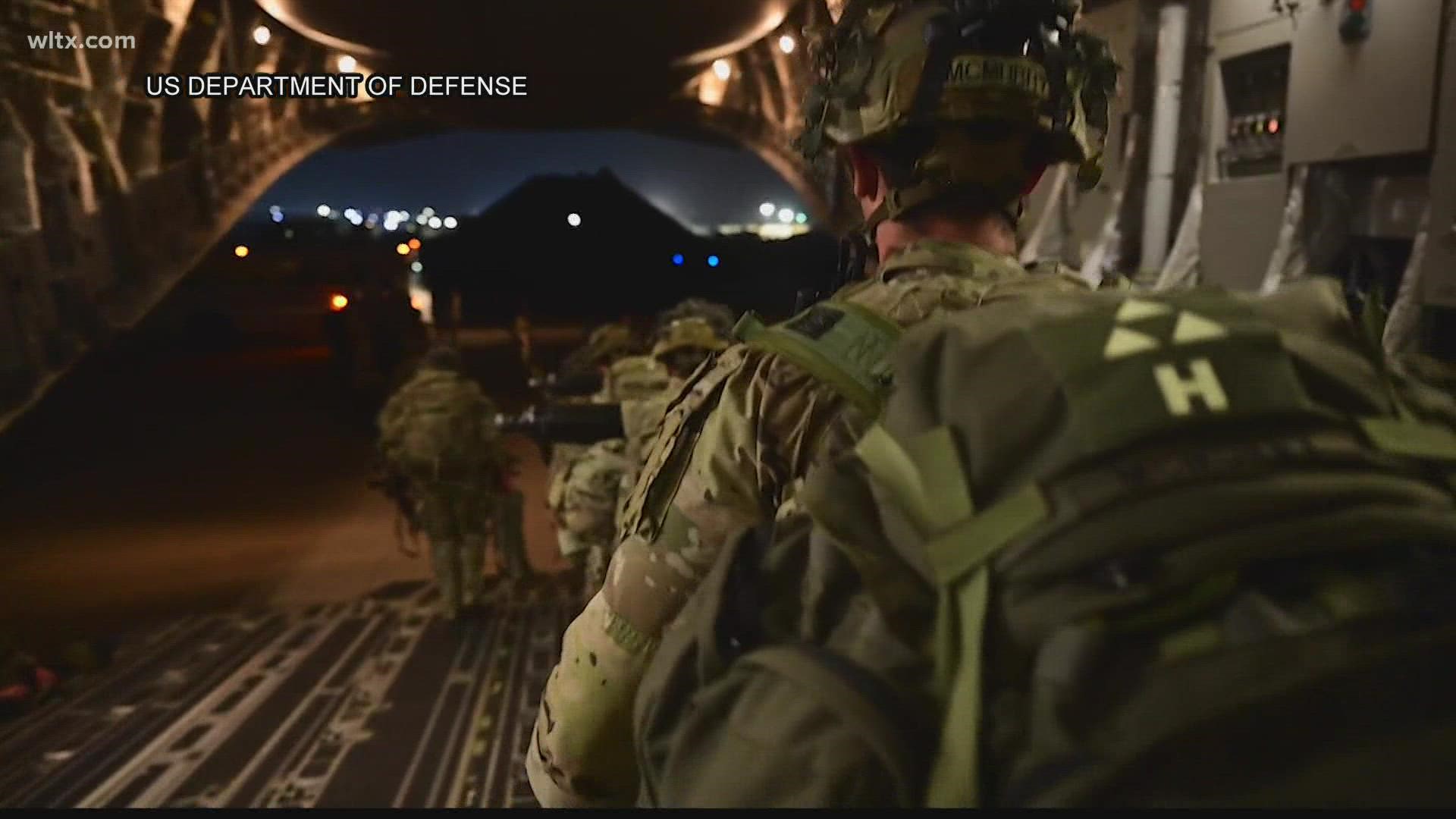 COLUMBIA, S.C. — When the U.S. military was tasked with evacuations in Afghanistan, the mission was led by Shaw Air Force Base. And not just Shaw personnel stationed on the ground in the Middle East; more importantly, those back home in Sumter.

"That was a great illustration of joint military teamwork," said Air Force Lt. General  Gregory Gulllot, the commander of the Ninth Air Force, which is based at Shaw. "We moved about 125,000 people out of there in a short period of time, which made it the largest air evacuation in the US history."

General said Shaw Air Force Base is a strategic gem for the United States, calling it the heartbeat of air operations in the Middle East. With an August 31 deadline to get Americans and refugees out of Afghanistan, Shaw guided nearly 100 planes to safety, including over 100 C-17 cargo planes. And all of it done on the ground at Shaw headquarters in Sumter.

"Using the magic of cables and satellite and all of that they tell all the aircraft where to go where not to go, who's out there, passing orders to them," Guillot said.

Evacuees were taken to several locations in the Middle East before flying to their final destinations, including the United States.

"Most of the people who moved now have an opportunity, you know, for a good life here in the United States and then you know, a week prior to that they had no opportunity or hope in their in their environment, you know the oppression that they were living under with the Taliban," Guillot said. "So, airmen feel really good about being a part of that."

RELATED: 'Afghanistan isn't something I can put out of my mind:' SC Afghan veterans talk about the pullout

Just weeks after the successful air operation, Shaw Air Force celebrated its 80th birthday. Over the years they've been front and center in world events, including the Cuban Missile Crisis, Operation Desert Storm, and now Afghanistan. And it seems the Sumter base has always stepped up to the challenge in an effort to make the world a safer place.

"Big thanks to the local community who have been so helpful to us and to our airmen," Guillot said. "And make sure not only a great place to live but a great place to work and do very important things for our country. Right right here from center."