Richland Sheriff says violence at protests was 'not Columbia'

His remarks come following two days of protests in downtown Columbia that are part of the 'I Can't Breathe' demonstrations taking place all over the country.

COLUMBIA, S.C. — Richland County Sheriff Leon Lott said the people who caused violence that popped up at this weekend's protests in Columbia don't represent the area and won't be tolerated.

His remarks come following two days of protests in downtown Columbia that are part of the "I Can't Breathe" demonstrations taking place all over the country. Another protest was scheduled for Monday afternoon as well.

The events Saturday with people marching and protesting peacefully in the streets near the State House and the Vista. But as the afternoon wore on, there were some pockets of violence, with people items being thrown and several people being hurt.

"I dodged rocks, I was there, I dodged a bottle," Sheriff Lott said about what he witnessed while walking with protesters.

Police used tear gas to break up some of the groups. Things continued to escalate when two Columbia police cars were set on fire and windows were broken at multiple businesses in the Vista.

Lott said about 75 people tried to surround the Columbia Police Department headquarters, perhaps with the intent to set fire to it.

Richland County deputies say bullets were fired at their officers near the Vista. None of them were hit by gunfire.

Twelve police officers were injured with one Columbia Police officer needed to go to the hospital.

Lott believes many of the people inciting violence were not local, and came from out of state to cause trouble. "What you saw was not Columbia," Lott said. "What you saw later was somebody else." 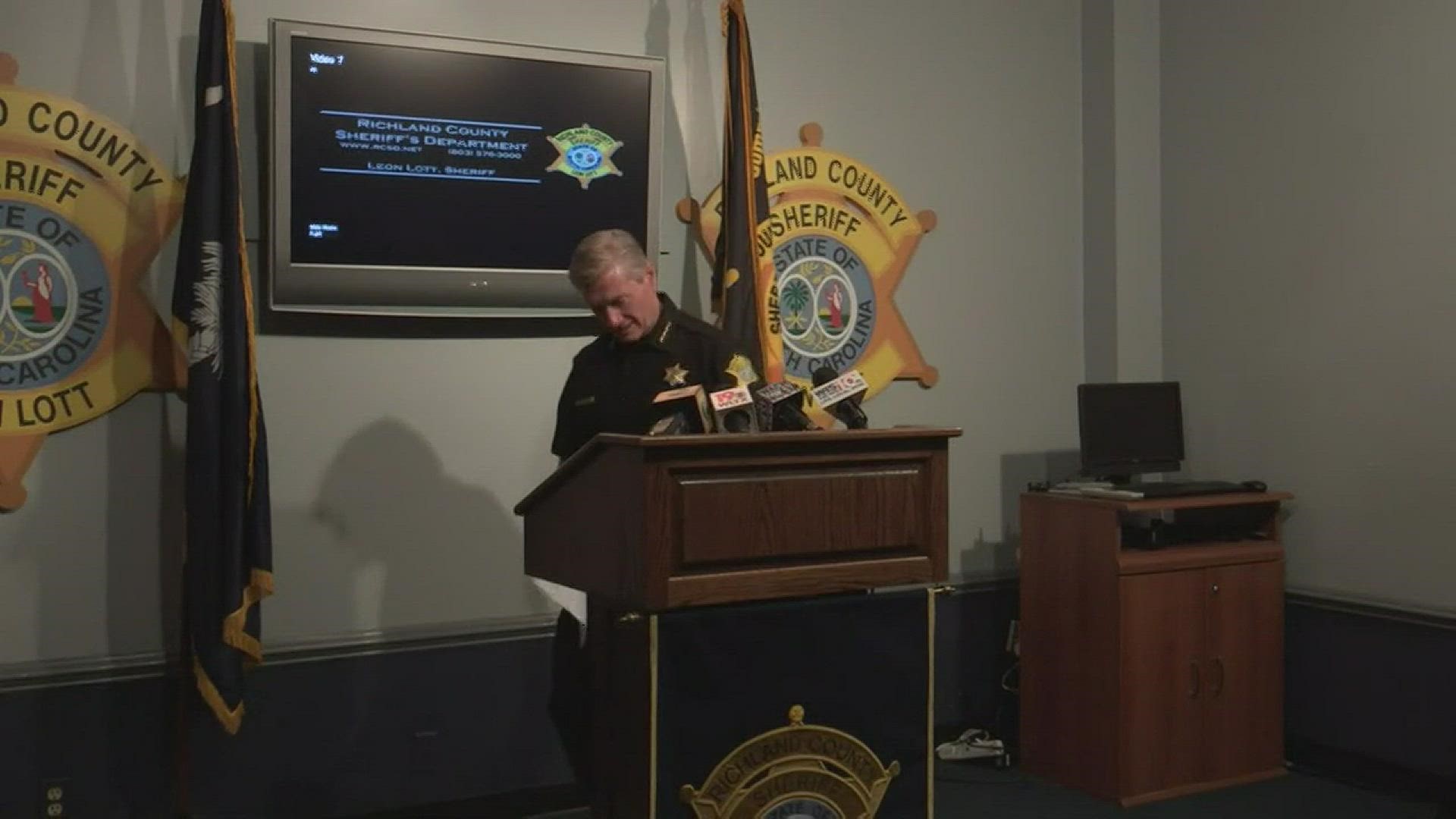 Investigators are also reviewing hundreds if not thousands of videos of protests given to them and on social media looking to find people who attacked police officers or stole from stores.

"I guarantee you, anyone who did something...set a fire...vandalized a building, we'll find you," Lott said.

That led the city to impose a night curfew. The curfew was lifted Monday morning.

On Sunday there were more protests but they were largely peaceful. The crowd dispersed after the 6 p.m. curfew took effect and police told people to leave.

Lott asked organizers to consider calling off the peaceful protests because they tend to attract a few who are determined to do harm.

"How about work with us," Lott said. "Let's find another means to get your voices heard, because it is getting sabotaged and hijacked."

Lott also said he believes his department and the Columbia Police Department area ahead of most law enforcement agencies on reforms.

He pointed to citizens advisory boards and transparency that the agency has on officer-involved incidents as examples.

Lott also commented on the George Floyd case, saying what the officers there did was not what officers are trained to do.

"What those cops did was awful," Lott said. That's why I walked with them (the protesters). I stand with them on that."

RELATED: 'Get off the streets' | Columbia curfew to include Vista, Five Points