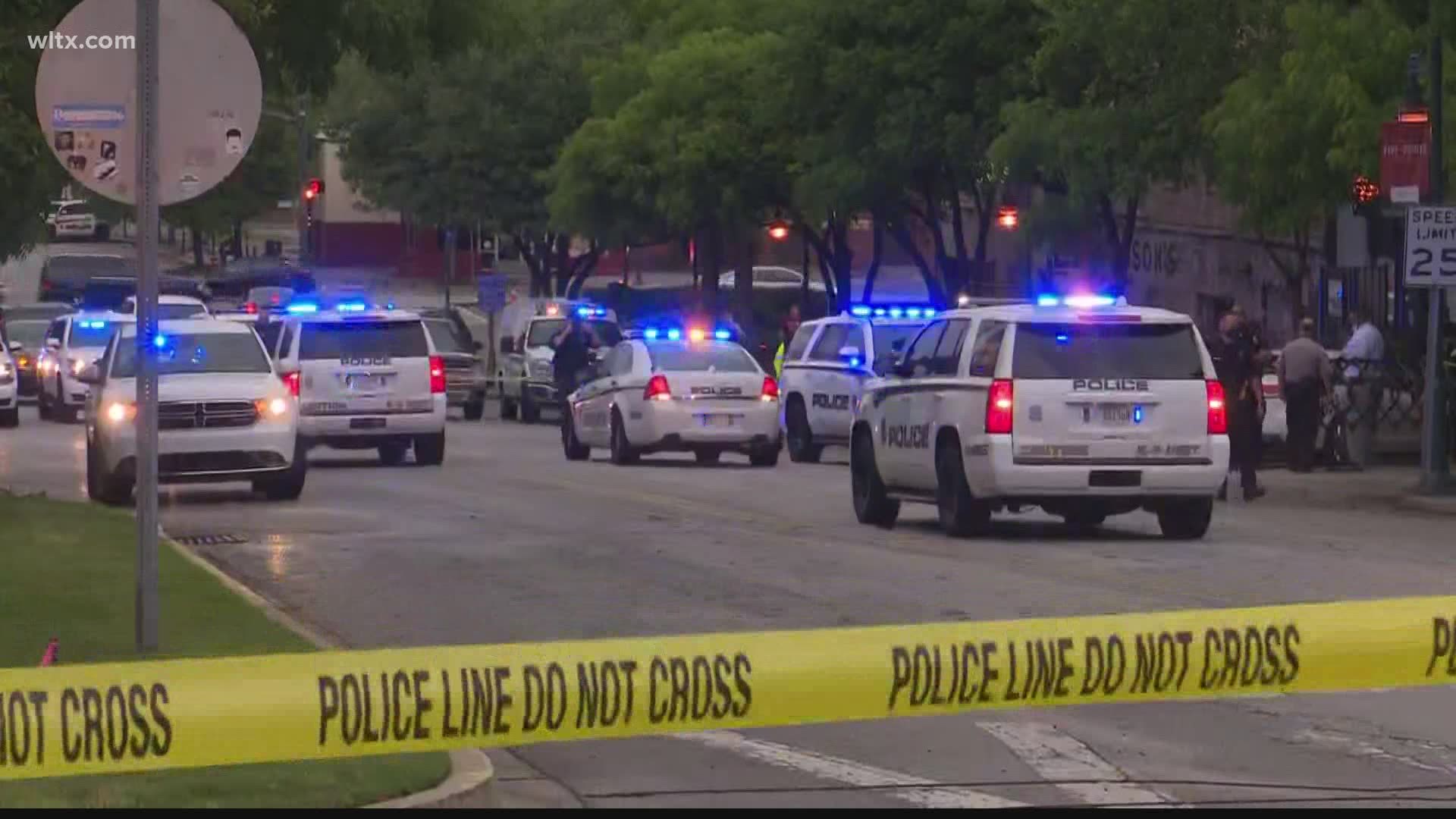 COLUMBIA, S.C. — Columbia police say a man has been wounded after a shooting in Columbia's Five Points Tuesday afternoon.

The incident happened in the 2000 block of Greene Street, about a block up from where Greene meets Harden Street.

Officers say the man's injuries do not appear to be life-threatening. Police also say there was property damage found.

There was a heavy police presence at the scene that seemed to be centered around one business, but police have not confirmed if that was the reason for the activity.

Investigators say they'll be reviewing surveillance video to learn more about what happened.

If you have any information about the shooting, police ask you to contact Crimestoppers anonymously in any of the following ways: