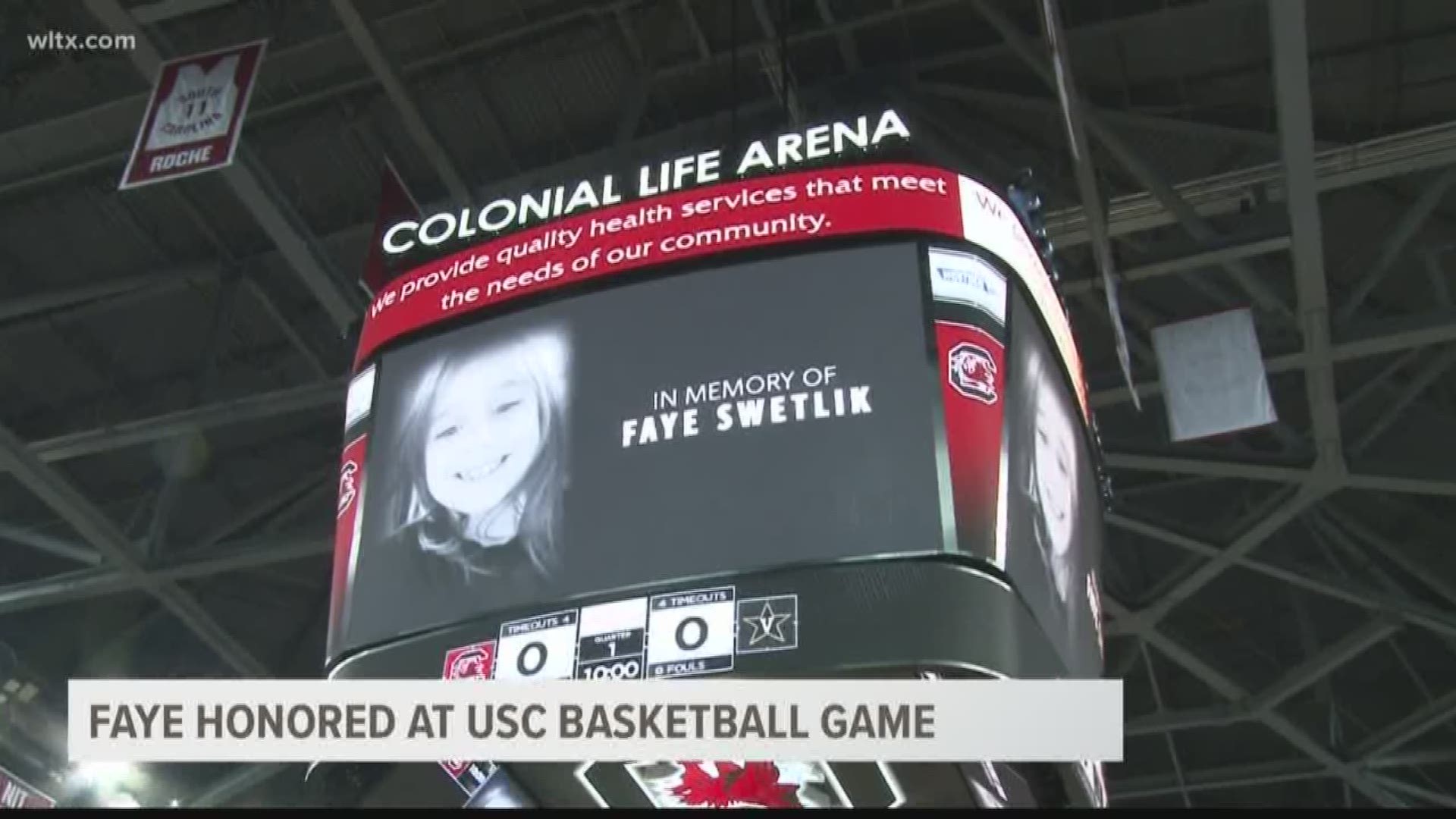 COLUMBIA, S.C. — The University of South Carolina honored 6-year-old Faye Swetlik at a basketball game after her body was found four days after she went missing.

First responders who worked the Swetlik case walked out onto the court during the national anthem during the USC basketball game against Vanderbilt.

USC head basketball coach Dawn Staley took a moment to thank each one of them.

A memorial image was shown in the arena showing an image of Swetlik smiling, with text that read "In memory of Faye Swetlik."

Staley took a moment after the game to comment on the 6-year-old.

"It was very heartbreaking to hear. I followed the story very, very close. It's been gut-wrenching obviously. It's very hard just to hear in general that any child is missing but just to have it so close to home, it just really aches on the heart and we just hope that this helps their family recover," Staley said.

The 6-year-old South Carolina girl went missing from her front yard on Monday, February 10. her body was found on Thursday in the woods near her home.

The investigation also revealed a deceased neighbor that law enforcement said was linked to the death.

The investigation into the girls disappearance and death is ongoing, with autopsy results set to be released during a 3 p.m. press conference on Tuesday, just more than a week after Swetlik went missing.