LG Energy Solution and SK Innovation reached the settlement, ending the need for President Joe Biden to intervene in the dispute. 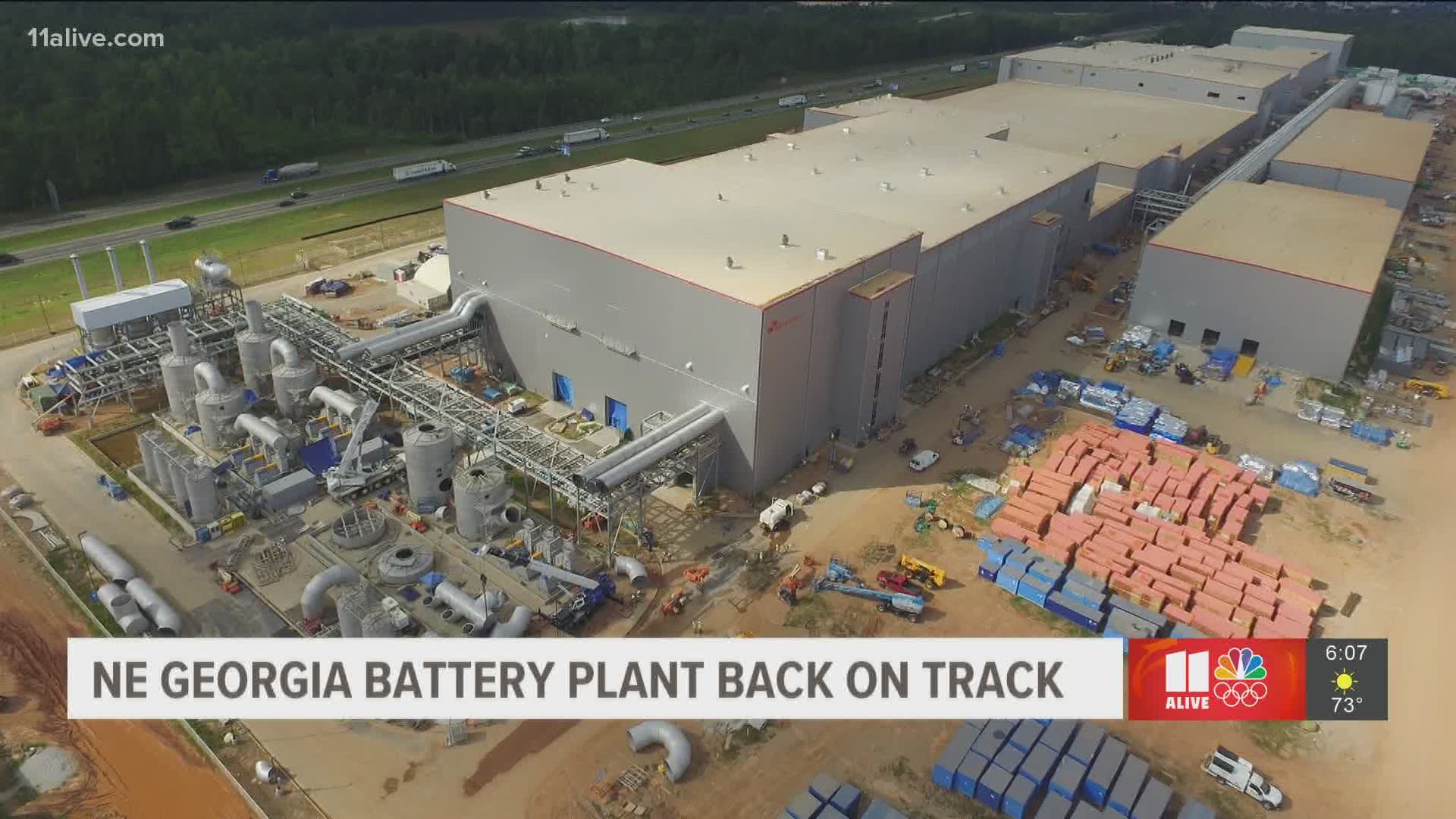 COMMERCE, Ga. — Two big South Korean electric vehicle battery makers have settled a long-running trade dispute that will allow one of them to move ahead with plans to manufacture batteries in Georgia, a person briefed on the matter said. President Joe Biden called it “a win for American workers and the American auto industry.”

LG Energy Solution and SK Innovation reached the settlement, ending the need for Biden to intervene in the dispute, the person said Saturday. The person spoke on condition of anonymity because the companies had not announced the settlement. No details were available.

The U.S. International Trade Commission decided in February that SK stole 22 trade secrets from LG Energy, and that SK should be barred from importing, making or selling batteries in the United States for 10 years.

The decision could have left Ford and Volkswagen scrambling for batteries as they both roll out additional electric vehicle models. SK has contracts to make batteries for an electric Ford F-150 pickup truck and an electric Volkswagen SUV.

The commission said SK could supply batteries to Ford Motor Co. for four years and to Volkswagen AG for two years.

The decision jeopardized a $2.6 billion battery factory that SK is building in Commerce, Georgia, said to be the largest economic development projects in state history.

Politicians were calling on Biden to overrule the commission’s decision. Biden had until Sunday night to make a decision.

Biden said in a statement Sunday that building electric vehicles and the batteries needed for them is an important part of his $2.3 trillion infrastructure plan.

“We need a strong, diversified and resilient U.S.-based electric vehicle battery supply chain, so we can supply the growing global demand for these vehicles and components — creating good-paying jobs here at home, and laying the groundwork for the jobs of tomorrow. Today’s settlement is a positive step in that direction,” Biden said.

Georgia Sens. Jon Ossoff and Raphael Warnock both claimed to be heavily involved in the negotiations.

“I am appreciative that leadership at both SKI and LGES were willing to communicate daily with me and my team over the last week to jumpstart negotiations and resolve the impasse that threatened thousands of Georgia jobs.,” Sen. Ossoff said.

Ossoff said 2,600 jobs in Georgia were at risk.

“When the future of the plant was in jeopardy, Senator Ossoff provided leadership and helped us achieve a path forward. This successful outcome will lead to billions more in investment in Georgia. The state is now positioned to be the nation’s leader in electric vehicle battery production,” SKI CEO and President Jun Kim said.

Sen. Warnock said his commitment through the negotiations was on protecting the jobs.

"Now that it seems sure that these jobs will stay in Georgia, I’m glad that all the parties involved listened and that the community of Commerce got the decision they hoped for, which will help keep the local economy moving forward,” Sen. Warnock said.

Gov. Brian Kemp, in a statement on Sunday, called the settlement "fantastic news."

"Our state attracted this massive $2.6 billion investment because of Georgia’s pro-growth leadership, and I have personally participated in countless meetings, calls, and other conversations to make sure this project and the 2,600 expected jobs continued to move forward. I want to offer a special thank you to local leadership in Jackson County and the city of Commerce, our incredible partners with the government of South Korea both here and in Seoul, as well as the Office of the United States Trade Representative for assisting the two companies through the settlement negotiations process,” Kemp's statement said.