Someone created their own turn lane on this SC road, it took officials weeks to notice

The intersection along Pine Street and Highway 23 in Batesburg has left drivers confused over the past few days. 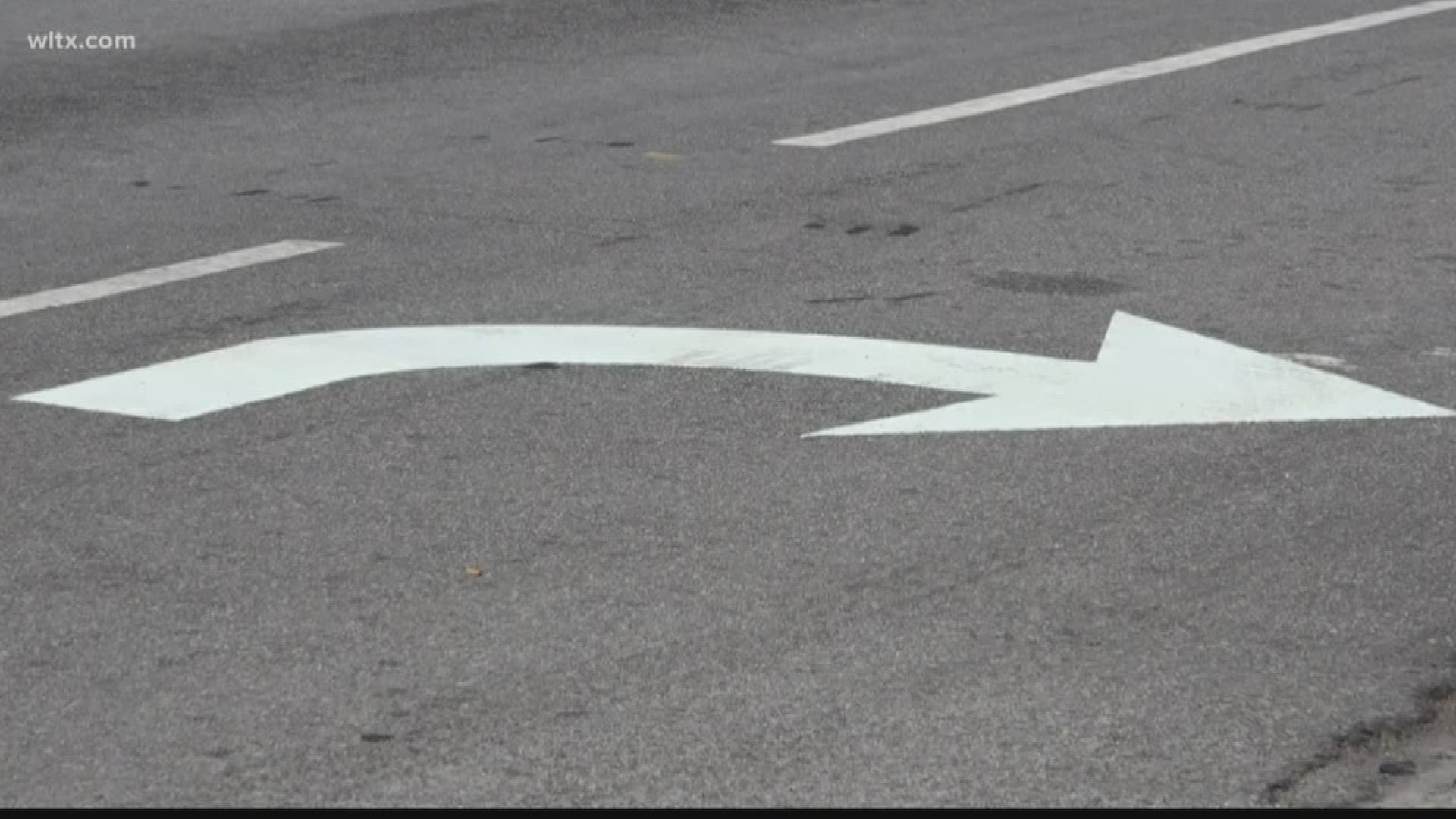 BATESBURG-LEESVILLE, S.C. — There has been some traffic confusion in the town of Batesburg-Leesville after someone created a turning lane without the permission of the South Carolina Department of Transportation.

“I guess you could call it a mystery," said Batesburg-Leesville Town Manager Ted Luckadoo.

The lane is located at the intersection along Pine Street and Highway 23 in Batesburg, and it has left drivers unsure of which lane they should be in.

"A few days ago I almost got into a wreck situation because I’m just used to the traffic pattern being straight or left turn and I didn’t pick up on it and another car came to the right to go straight and I was going straight and we almost side swiped each other," Luckadoo said.

The road has reportedly never had marking before. These new marking were there for at least a couple weeks before anyone noticed.

"It caused confusion with me," Luckadoo said. "We received a complaint from someone in town which led us to come out and we did recognize that a change had been made, so we were just trying to notify the public.”

Their post on Facebook led the town to ask the SCDOT if they did this, but they said the didn’t.

Town of Batesburg-Leesville
Please note that the north bound lane of Pine Street at HWY 23 has changed. The left lane is now a Left Turn ONLY and the Right is the THRU lane. We ask all drivers to please use caution at the...

This change caused not only danger and confusion, but people wondering who did it.

"I don’t think it was a good idea to do it without an permission, but it might help a little bit, it might not, it might get everyone confused on which way they are going," one resident said.

It has since been fixed by the DOT, who added markings in both lanes to clarify which direction drivers can go.

"It should go back to normal pretty quickly," Luckadoo said.

This intersection is one the town receives more complains about, and it is on their radar to maybe make some changes in the future. However, the question remains as to who added the marking to begin with.

The DOT was on the road Friday morning to fix the markings at that intersection. They said whoever did this had some type of professional level equipment.