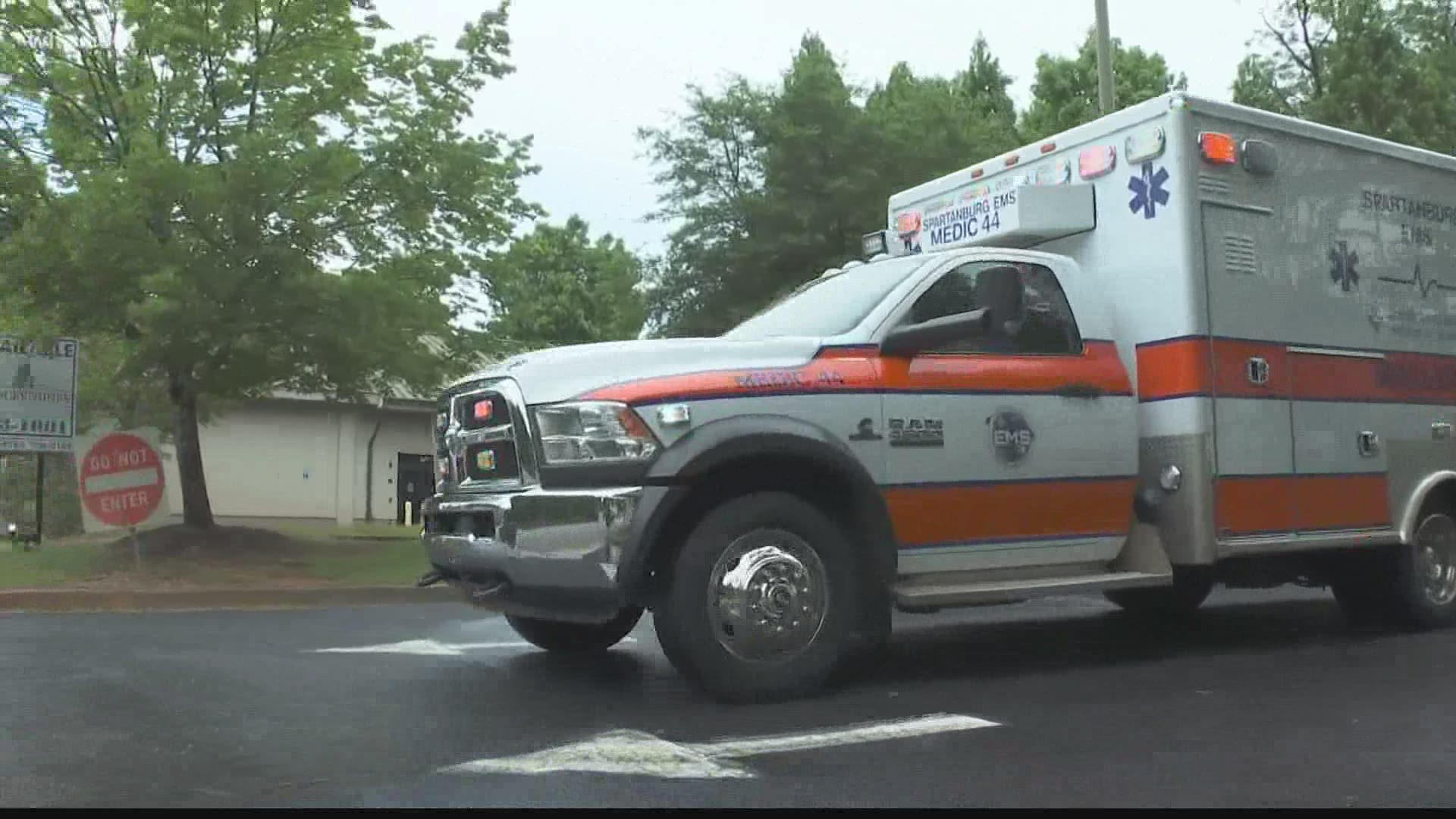 SPARTANBURG, S.C. — A major financial boost is coming for EMS departments across South Carolina. The South Carolina EMS Association is getting $350,000 from the state.

The sound of an ambulance and running to help others is what gets Cameron Word’s adrenaline pumping.

But Thursday was a different day for this Laurens County paramedic. He was at a job fair, trying to recruit more people like him. Finding enough helping hands is a problem throughout the Upstate and beyond, according to leaders with the South Carolina EMS Association.

“We had about 12 plus openings during the COVID time so we really were short-staffed then. We were shutting some trucks down occasionally, maybe a truck a shift,” Word told us.

He said things have gotten slightly better but vacancies are still there. In Greenville County, they have 30 openings including for EMT’s and paramedics. In Spartanburg County, that number is closer to eight. Both these counties claim the shortages haven’t significantly delayed response times, yet.

“We’re not in a crisis state now but we do feel like if we don’t take some corrective action to try and mitigate some of the shortfalls we see, in the future we could have a very different outcome,” said Henry Lewis with South Carolina’s EMS Association.

However, Henry Lewis with South Carolina’s EMS Association told us, there is hope. They’re getting $350,000 from the state to use towards marketing, recruiting and ultimately, filling the shortages.

“We’re going to partner with those who have done well both with the nursing shortages along with the department of corrections shortage and learn from what is successful for them,” Lewis explained.

They’ll be targeting students in schools about this career path after graduation. Also, the unemployed and the underemployed.

As for Word, this career is his passion. He hopes others will figure that out too.

“You come in and help a complete stranger out and just feel great afterwards doing it,” Word said.

You can keep up with the SC EMS Association here: https://scemsa.org/EMS

Additionally, here is a link to EMS jobs across the state: https://www.scemsportal.org/employment