In short, Senators allowed anyone to request an absentee ballot citing COVID 19 as a reason for the need. 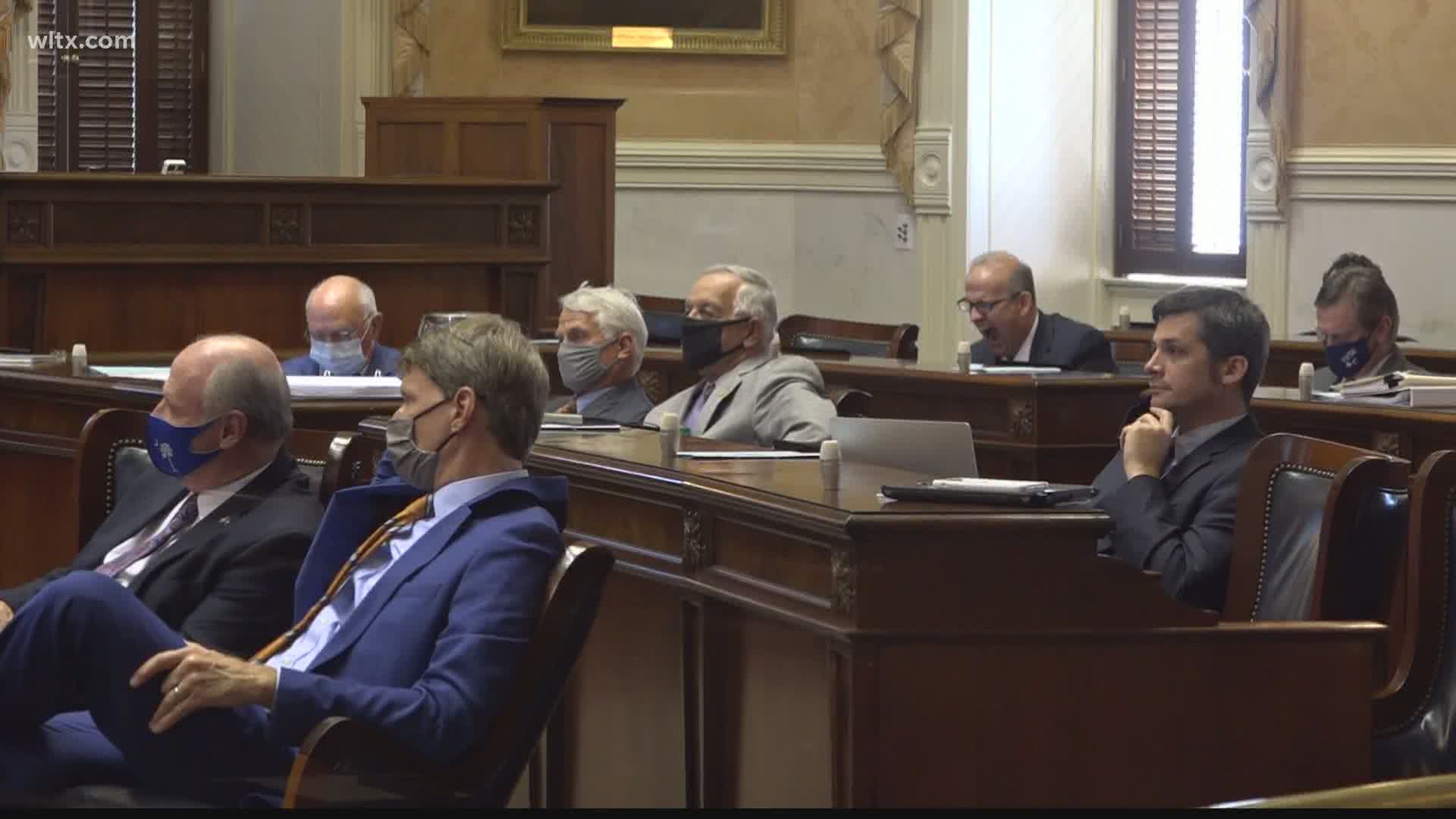 COLUMBIA, S.C. — The South Carolina Senate has approved a change to state rules that would essentially allow anyone who wants to vote absentee in November's general election due to the pandemic.

The Senate approved the special one-time update to the law during a special session Wednesday. The House must vote on the change before it could become final.

In short, Senators allowed anyone to request an absentee ballot citing COVID-19 as a reason for the need. Normally, there is a much narrower list of reasons for voting absentee.

The Senate rejected a proposal to increase the number of dropboxes and to remove the requirement that there be a witness to voting.

As for the South Carolina House of Representatives, House Speaker Jay Lucas says the House will return on September 15th for the COVID-19 funding session.

For June's primary, the state passed a similar rule that allowed for the COVID-19 emergency to be a reason for requesting an absentee ballot.

To be clear, this is not mail-in voting, which is not allowed under South Carolina law.

RELATED: June 9 primaries to be held as planned with COVID-19 precautions in place

Under state law, the legislature is the only entity that has the authority to make changes to election procedures. Neither the governor nor the State Election Commission can do that on their own.