State House protesters say they were threatened by man with gun

This happened Friday outside the capitol complex in downtown Columbia along Gervais Street. 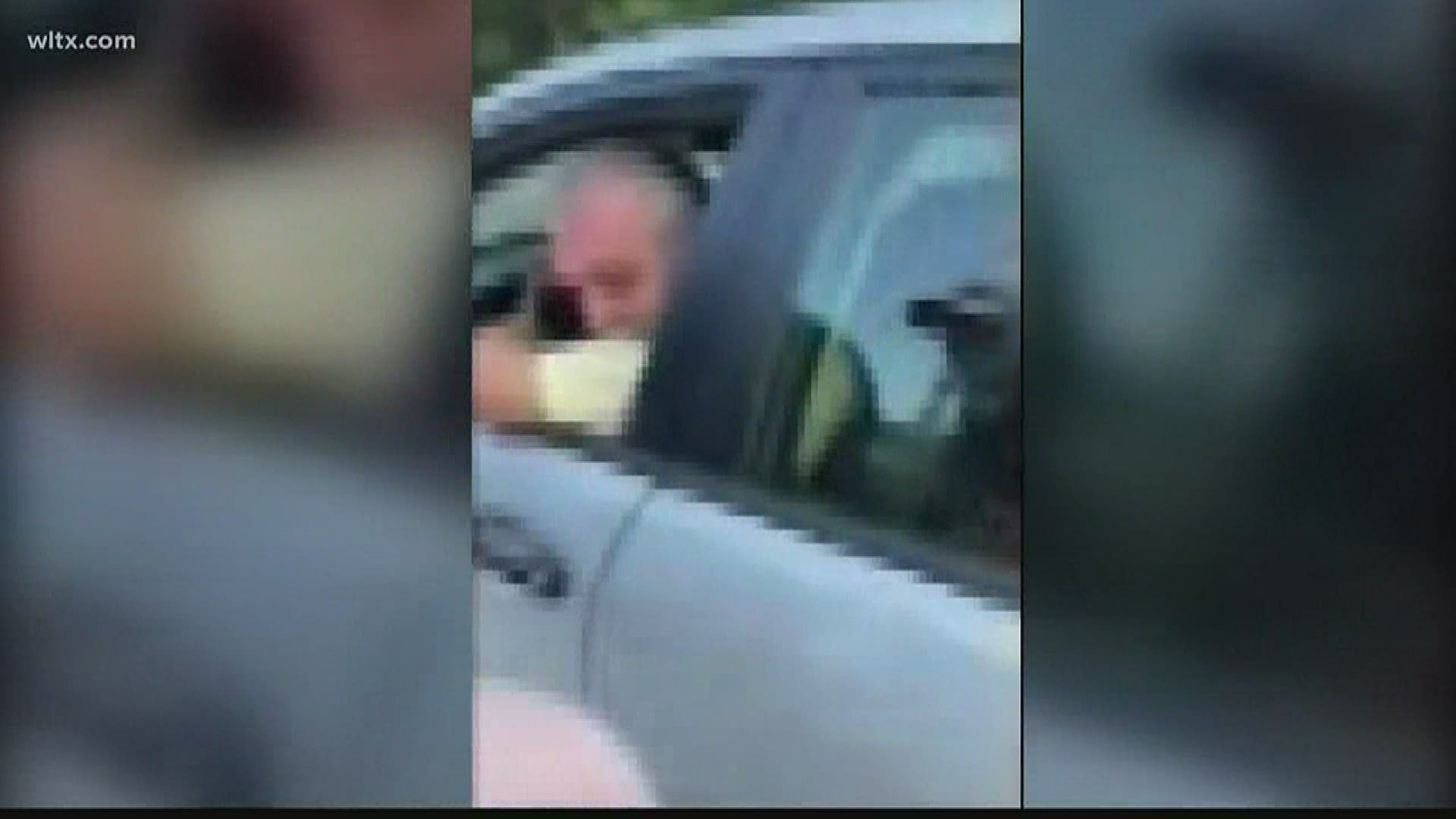 COLUMBIA, S.C. — Protesters at the South Carolina State House say they were threatened by a man with a gun.

This happened Friday outside the capitol complex in downtown Columbia along Gervais Street.

According to a Columbia Police department incident report, the protesters and the man inside a silver Kia began arguing while the man was at a red light. The protesters claim he flashed a gun.

The man then drove away. The protesters yelled out for police assistance and a report was filed.

"We were standing right here in the median protesting and this man, he pulls up and was flicking us off," said Kaylelanie Hayes, one of the protesters. "He stopped here at the green light and we came and talked to him and said 'All lives matter.' I said 'well all lives can't matter until black lives matter.' Another girl came up and said 'racist.' That's when he pulled the gun out at us and we all ran away."

CPD is reviewing a video of the incident, and they're asking the public to share any video they may have as well.