"Gender Queer: A Memoir" is causing controversary over its explicit drawings. 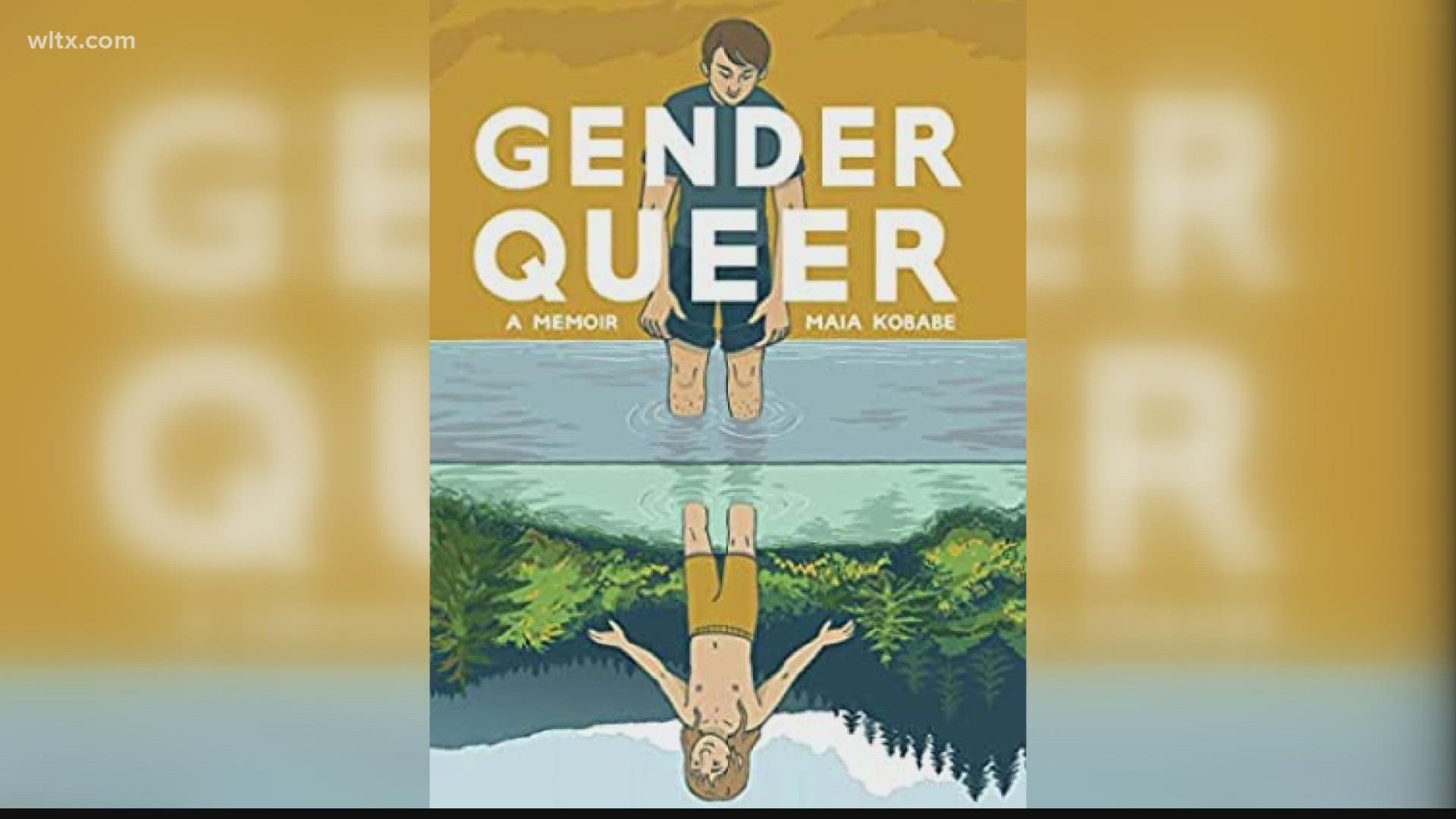 COLUMBIA, S.C. — South Carolina Governor Henry McMaster is ordering an investigation into how "Gender Queer: A Memoir," by Maia Kobabe, which has explicit drawings of sexual acts, was found in the Fort Mill School District.

Kobabe, who uses e/em/eir pronouns, shares eir story of self-identity, which includes how to come out to family and society, uses the book to explain to eir family what it means to be nonbinary and asexual.

Kobabe says the memoir is a guide on gender identity—what it means and how to think about it.

Governor McMaster disagrees, saying, "We are going to remove things that harm children or put obstacles in their path as they grow up."

McMaster issued a letter to State Education Superintendent Molly Spearman on Wednesday, saying, "If school personnel had performed even a cursory review in this particular instance, it would have revealed that the book contains sexually explicit and pornographic depictions."

Today I wrote a letter to S.C. Superintendent of Education Molly Spearman to request that she immediately begin a comprehensive investigation into the presence of obscene and pornographic materials in public schools in South Carolina. pic.twitter.com/txQEmSltU1

"These things are dangerous, they're destructive, they're harmful and they are against the law in South Carolina," McMaster said at a press conference on Thursday.

A spokesperson for Spearman responded by explaining, "Books located in libraries and media centers are not funded by and do not go through the state instructional materials process. They are selected by local school and district officials."

Officials with the Fort Mill School District, where the book was initially found, said, "The book has been removed from circulation in our high school media centers and our online catalog while the review process is completed."

Valerie Byrd-Fort, a library teacher at USC and a former elementary school librarian, says librarians read reviews and vet the books in their library. She believes it is important to have such books available for young people. "There is a need for that material in the library," she said.

"They are skilled, trained professionals on how to find these materials, on how to purchase them, collect them and use them in their libraries," Byrd-Fort said.

The 15-year library veteran says it is critical to have LGBTQ themes present in schools. "Our students … need to see themselves represented in the books they're reading in their classrooms and in their libraries. It's important, it's lifesaving."

"South Carolina school librarians are professional educators, trained in selecting materials to meet the needs of a broad and diverse community of students," the South Carolina Association of School Librarians said in a statement. "The selection of materials for school libraries is guided by district collection development policies and guidelines from the American Library Association. Districts also have reconsideration policies and procedures for constituents wishing to request review of specific materials."

The memoir was also found at two schools in the Rock Hill School District. Officials with that district said in a statement, "We did have one copy of the book in question in two of our high school libraries. Those copies have never been checked out by a student or requested. Each copy was pulled from the two libraries today and are under review by our administrative team."